Is an Aussie Corolla as fuel efficient as an overseas one?

Fuel is difficult to budget for, but one way of ensuring the lowest expenditure is to have a fuel efficient car. However, Australia don’t get the same choice in cars as those in the European Union, or even the U.S, here’s why.

Fuel costs can vary significantly, and with the exception of heading to a cheaper fuel station, are often out of your control. One way to reduce running costs is to purchase an efficient model, and buying one should be simple, right? Well as will be explained below, there’s a lot going against the Australian consumer when looking for a car with the highest efficiency possible.

Fuel efficiency standards around the world

Car manufacturers calculate fuel efficiency based on their own metrics to allow consumers to choose between models. However, with no standardised testing each manufacturer can manipulate conditions, so comparing two models of different brands is unlikely to be accurate.

If you want to decide on a car based purely on purchase price then perhaps these discrepancies aren’t too much of a concern. However, many do factor in the running costs of a car, so duping thousands of customers with manipulated data is a problem.

Transport and Environment points at many models and manufacturers with testing practices deliberately used to up the efficiency score of the car. Some of these models even record CO2 levels 50% above what is reported by the manufacturer in real world conditions.

When buying a car, you may not expect to achieve the efficiency advertised every day, but it should at least be possible. In addition, by fudging the numbers many cars scheduled for sale in the EU and US were found to not pass emissions legislation, so could not go to market in that country. 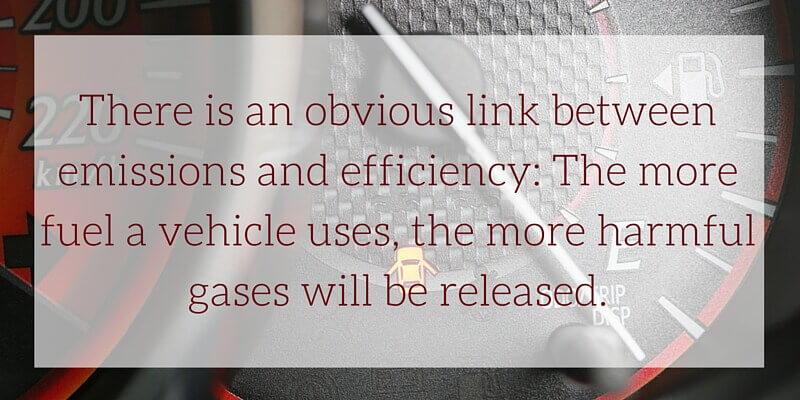 There are essentially two types of emissions standards. One talks to harmful air pollutants called nitrogen oxides (NOx), and the other restricts CO2 specifically.

The European Union has had emissions legislation in place since 1993. The first iteration was named Euro 1, and since then the requirements have become ever tighter. In September 2014 Euro 6 was implemented, so and all new vehicle sales must adhere to these air pollutant limits to be sold in within the European Union.

The U.S has a similar system, and current standards are named “Tier 2”. To give you an idea, Tier 2 is stricter than Euro 6, and Tier 3 will be introduced at the beginning of 2017.

These air pollutant restrictions enable governments to have some control over the car manufacturing industry when it comes to greenhouse gas emissions. It’s also a win for the consumer as cars will become increasingly efficient, costing less to run.

Current standards in Australia are at Euro 4 levels, which were implemented by July 2010. Euro 5 standards will not apply until November 2016. And Euro 6 will not be fully implemented until Q2 of 2018.

Looking at the numbers, this puts Australia around 7 years behind other nations. Certain cars could not go to market in the US and EU because they failed emissions tests, which means that many of them were recalled.

Well, manufacturers could legally ship them to Aussies shores and sell them here.

The story doesn’t end there…

As mentioned above, there are two types of emissions legislation, and the second restricts CO2. The EU introduced targets to have all vehicles at 130g of CO2/km by 2015, but in Australia there are no restrictions. 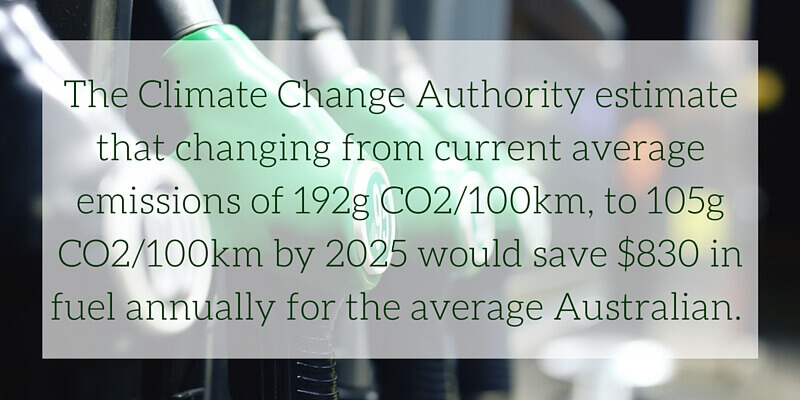 What does this mean for consumers?

You may hope that car manufacturers only produce a fairly limited range, so that the model sold in the UK will be the same as in the EU or U.S. That would mean Australia can get away with minimum legislation without affecting the Aussie consumer because everyone else sets the minimum requirements, but unfortunately that hope may be misplaced.

A Corolla is the same everywhere– right?

Car manufacturers sell different models of the same design in different markets. They claim this is because certain markets want different specifications, so how does this work out for Aussies?

Well it means that the models available here in Australia aren’t necessarily going to be as efficient as they could be.

The most notable difference is that the engine sizes offered are often larger in Australia. If you take a look at the Australia’s biggest selling car, the Corolla only a 1.8L engine is available in the standard brochure.  If you head over to Toyota Europe, the Corolla engine sizes in their equivalent brochure range from 1.3 to 1.6L. 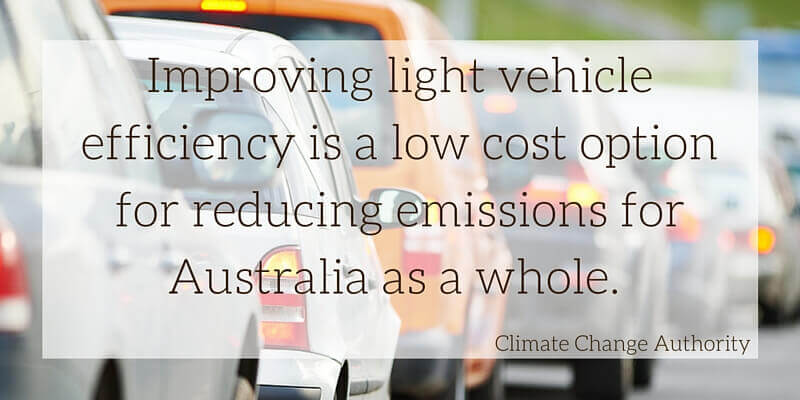 Manufacturers argue that Aussies want to buy cars with bigger engines, so that is what they provide. With no restrictions from the government, there is less incentive to sell smaller car models here. It’s also much tougher to find information about emission performance in Australia as manufacturers aren’t forced to abide with strict CO2 and air pollutant targets.

Controlling vehicle emissions means managing efficiency, which equates to using less fuel and spending less at the pump. According to the Climate Change Authority, if Australia carries on at current rates, the average emissions intensity for light vehicles will be higher in 2025 than the EU is today. In 2025, the average emissions from the EU will be less than half of Australia. 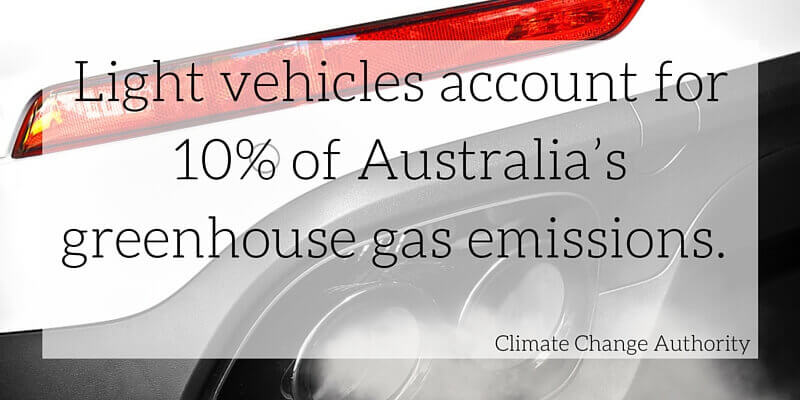 By being 7 years behind today, Australia prolongs the switch over to more efficient cars. The transition takes time as the increasingly efficient models filter down over the years, so not acting today means the cars that are not acceptable in other parts of the world come here and are being used for years to come.

Aussies are heading in the right direction, with a record number of low-emission cars sold in 2015. These cars made up 4.7% of the market, and have emissions less than 120g CO2/km. However, over in the EU, 100% of new cars are not permitted to emit more than an average of 130g CO2/km.

The Climate Change Authority estimate that changing from current average emissions of 192g CO2/100km, to 105g CO2/100km by 2025 would save $830 in fuel annually for the average Australian. It would also stop 59Mt of CO2 entering the atmosphere, which equates to a benefit of $580 for every Australian.

Every day Aussies are quick on the uptake for new technologies, even if policy sometimes lags behind. According to this article from the Sydney Morning Herald, Private buyer car purchases reduced emissions by 4.1%, ahead of 2.5% for corporate vehicles and 1.1% for government fleets.

Decisions of today affect the future, and that’s no truer than with climate change. If nothing changes, Australia will have a collective fleet of power hungry, high emissions vehicles, while other nations enjoy money saving fuel efficiency and lower air pollution levels.

How the shape of sports cars has changed over a century
Deadly driver distractions: 78% of drivers admit to multi-tasking behind the wheel – with eating and drinking the most common disruption
A holiday treat for motorists: Petrol prices in Australia dropped across most cities over Christmas
Gridlock woes: 54% of motorists in our cities feel less safe on roads due to traffic, and blame population growth