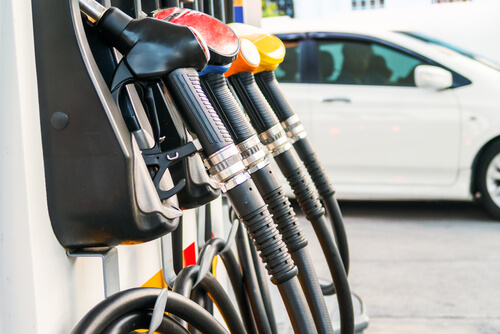 Comparethemarket.com.au has released its quarterly petrol price analysis ahead of the Queen’s Birthday long weekend. The analysis reveals good news mostly for Perth, which will see prices at their lowest in the cycle. The news is favourable also for Sydney, Melbourne, Adelaide motorists, who will see prices continue to ease over the weekend. Brisbane motorists are being urged to fill up now, as prices may rise sharply before or during the long weekend.

The free comparison website, which updates its petrol price data three times daily across all major Australian cities, analysed the average cents per litre (cpl) of unleaded petrol from 4 March to 4 June 2017 across six major cities – Sydney, Melbourne, Brisbane, Adelaide, Perth and Canberra – to gauge which city is paying more, and where each city will be sitting in the petrol price cycle over the long weekend.

Abigail Koch, spokesperson for comparethemarket.com.au says, “Petrol prices in the major five capital cities run on a cycle of seven days to seven weeks, with prices in Sydney, Melbourne and Adelaide peaking at the top of the cycle last week. Price cycles are where prices usually fall slowly over a period of time before jumping up and then falling slowly again as the cycling behaviour continues.”

Results show that unleaded petrol (ULP) prices in the quarter (4 March-4 June 2017) reached an average of 127.2cpl, and motorists across most of the country can expect prices to ease over the long weekend.

Sydney
The findings show Sydneysiders have paid an average of 123.2cpl over the last quarter, the lowest for any capital city. However, motorists should hold off filling up until the weekend, and only fill up as much as they need over the weekend as prices are at the top of the cycle and should slowly drop over the weekend and coming weeks. The Fairfield-Liverpool region is seeing the best petrol prices, with an average price for the quarter at 121.6cpl. Prices early this week were the lowest in Fairfield at an average of 119.3cpl, and highest in Kellyville, Heathcote, Berowra and Mosman at 141.9cpl – the most expensive suburbs for petrol in any of the capital cities across the country.

Melbourne
Melbourne motorists are also urged to hold off on filling up until the weekend, as prices continue to ease. Melbourne residents paid the second highest price at the bowser out of the other capital cities compared over the last quarter, at an average of 128.4cpl. The cheapest regions for petrol over the last quarter have been the Frankston and Cranbourne areas at 126.0cpl. Residents in McKinnon can be thankful that prices are as low as 126.9 as of early this week, while residents in Hastings, Kew, Healesville and Narre Warren North will be paying the most when they fill up the tank at an average of 139.9cpl.

Adelaide
Petrol prices in Adelaide have recorded the second lowest quarterly average for any capital city at 125.3cpl, with the Western and Beach Suburbs recording the lowest price at 123.6cpl. Prices peaked a week ago and are slowly easing, and motorists are urged to hold off filling up until prices drop further on the weekend. Motorists in Adelaide could be paying a difference of 18.4cpl across the city ahead of the long weekend, with the average lowest prices in the city at 121.5cpl in Kilburn and the highest average in Modbury at 139.9cpl.

Brisbane
Brisbane locals have seen prices of around 127.0cpl for petrol, and prices have been dropping since the start of May. Motorists are urged to fill up now as prices could rise sharply soon. The best place to fill up over the last quarter has been West Brisbane at 124.3cpl. The suburb of Graceville is recording the cheapest prices out of any of the capital cities in the country at 109.9cpl as of early this week.

Perth
Perth motorists have faced a quarterly average petrol price of 126.8cpl. Prices are towards the bottom of the cycle but are expected to spike early this week and should ease towards the lowest point of the seven-day cycle over the weekend. The East Region has seen the lowest prices – around 125.9cpl (quarterly average). The most expensive suburb to fill up the tank in Perth is Bibra Lake at an average of 129.9cpl.

Canberra
Canberra residents have again been hit with the country’s highest petrol prices over the last quarter, at 132.6cpl. Prices have been relatively static for some time and motorists are advised to shop around for the best price at the pump. As of early this week, the best place to fill up the car is at Fyshwick where motorists can expect to pay 128.4cpl, while Dickson, Wanniassa and Tuggeranong are recording prices as high as 131.4cpl.

Abigail says, “Motorists across the country have seen an almost 3c lower average petrol price than the first quarter this year. However, with an almost 10c difference between the highest and lowest average prices around the country since early March, it can make it difficult to know when and where to fill up the tank.

“Motorists are urged to compare prices on comparethemarket.com.au in their local area to find the best station to fill up ahead of, and during, the Queen’s Birthday weekend,” she said.

Comparethemarket.com.au also highlighted the most expensive sub-regions for petrol in each major city (excluding Canberra) as part of its analysis across the last three months. The most expensive sub-region for petrol in Australia was Melbourne’s Greensborough and Ivanhoe area, with residents paying 130.4cpl. Sydney locals in the Fairfield and Liverpool region saw the best prices around the country at 121.6cpl.