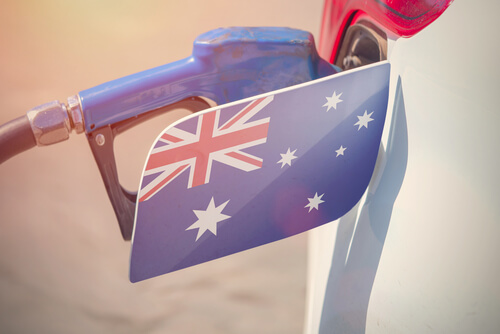 Aussies hitting the road these holidays are advised to top up their petrol as needed – not fill up – according to the latest quarterly petrol analysis from comparethemarket.com.au*. Petrol in most capital cities are at the top of their cycle but should ease in the lead up to Easter, while Perth motorists are in for a treat with prices expected to fall mid-week.

The free comparison website, which updates its petrol price data three times daily across all major Australian cities, analysed the average cents per litre (cpl) of unleaded petrol from 14 January to 14 April 2019. The data was sourced across Sydney, Melbourne, Brisbane, Adelaide, Perth and Canberra, to gauge which parts of the country were the cheapest for petrol, and where prices are sitting in the price cycle ahead of the Easter long weekend[1].

Petrol prices in Adelaide and Brisbane are at their highest in the cycle – with Sydney prices towards the top too – but it’s expected that as we lead into the Easter long weekend in all three cities, prices should start to ease off slightly. Melbourne prices peaked around the middle of last week and are slowly easing downwards in time for Easter, while Perth fuel prices are expected to fall after their peak on Tuesday 16 April as part of the regular cycle.

Jenny Williams, spokesperson at comparethemarket.com.au, says: “Our petrol price analysis reveals Aussies were paying, on average, 135.6cpl since mid-January – 13.9cpl lower than the December quarter. In most capital cities, excluding Canberra, Darwin and Hobart, petrol prices run on cycles of around seven days to 30 days. We advise motorists in most major cities to hold off filling up until closer to Easter where possible.”

Motorists in Sydney have been paying the lowest petrol prices of any capital city, sitting at an average of 131.4cpl. Sydney’s Eastern suburbs recorded the highest prices over the quarter, at 137.1cpl, while prices were 7.7cpl cheaper in the Fairfield and Liverpool region (129.4cpl). As of early this week, Rockdale had the cheapest petrol in Sydney, at 126.9cpl. Motorists are being urged to top up their petrol rather than filling up in the lead up to Easter, until prices ease further.

Brisbane recorded the second highest fuel price of the capital cites analysed, at an average of 135.7cpl over the last quarter. Even so, this is still 11.9cpl lower than the previous quarterly average price for the city. Motorists in the Bayside sub-region were paying the most on average (137.3cpl) across the quarter, while the Far South Brisbane sub-region recorded the lowest prices of 133.5cpl. As of early this week, the suburb of Mackenzie had the cheapest petrol in Brisbane, at 135.3cpl.

Over the last quarter, motorists in Adelaide were paying an average of 135.2cpl at the bowser. Similar to Brisbane fuel prices, Adelaide is at the top of its cycle and should ease off slightly leading into the Easter long weekend. Adelaide’s Eastern suburbs were paying 3.7cpl more than the cheapest Adelaide sub region of Western and Beach suburbs, at 133.8cpl over the past quarter. Adelaide’s Virginia recorded the cheapest petrol as of early this week, at 129.9cpl.

Perth motorists are in for an Easter treat with prices at the bowser expected to fall after its fuel peak on Tuesday 16 April, as part of its regular petrol cycle. However, it’s recommended that motorists don’t leave it for too long to fill up, as prices should spike again on the Tuesday following Easter. Over the last quarter, Perth had an average fuel price of 134.1cpl, with the North region paying 134.4cpl at the pump. The suburbs with the cheapest fuel as of early this week are Southern River and South Lake, both at 130.7cpl.

Motorists filling up in Canberra were slugged with the highest fuel price of the capital cities analysed over the last quarter at 142.4 on average – 11cpl more than the lowest average capital city price in Australia. However, this was still 18.8cpl lower than last quarter. As of early this week, Holt was the suburb with the cheapest petrol in Canberra, at 137.9cpl.

“Despite prices easing across most capital cities in the lead up to Easter, we urge motorists to always shop around for better deals. Checking free fuel price comparison apps and websites before filling up, such as comparethemarket.com.au, could help motorists avoid paying more at the bowser.”