Fuel prices return to lows not seen in nearly two decades: data reveals the cities and suburbs with the cheapest petrol this week 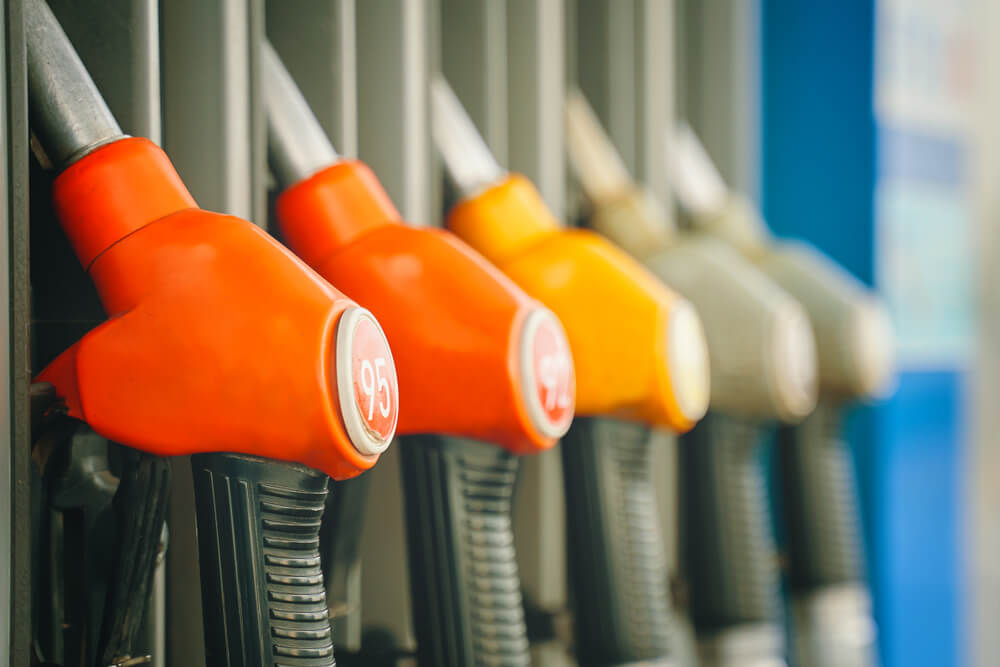 Nation-wide shutdowns and restrictions due to COVID-19 are forcing Australians to stay at home, but many of us will still need to fill up our cars to carry out essential activities, such as grocery shopping, in the lead up the long weekend. The good news is that motorists are starting to see price lows they last saw in the year 2000, with the March quarter averaging around 138cpl and motorists paying (on average) 11cpl less on petrol. Motorists can expect petrol prices to keep falling across most of the country into the Easter weekend – with the only exception being Perth, where motorists can expect to see prices rise this week.

The findings come from the latest quarterly petrol price report from comparethemarket.com.au. The free comparison website, which offers petrol app Simples Fuel, updates its prices for all types of fuel across participating stations in Australia, to help motorists find the lowest prices in their area. Comparthemarket.com.au analysed the average cents per litre (cpl) of unleaded petrol in Sydney, Melbourne, Brisbane, Adelaide, Perth and Canberra in the March quarter, to gauge whether prices will likely rise or fall into the Easter long weekend.[1]

Abigail Koch, household savings expert at comparethemarket.com.au, says: “Our analysis shows that petrol prices across the country have been falling, which is good news for motorists who are looking to save some cash during this unpredictable time. Canberra had the most expensive fuel in the country, with a quarterly average of 143cpl, while Perth motorists once again paid the least over the quarter, at 132cpl. While the need for motorists to use their cars has drastically reduced, Aussies are still looking at where they can cut expenses now more than ever. We recommend motorists shop around for the cheapest petrol in their area and do their research while at home, to save wherever they can during this tough climate.”

Sydney motorists paid 9cpl less on fuel in the March quarter, at 140cpl on average. The Inner South-West region had the lowest prices recorded, at 135cpl, while Sutherland had the highest average price, at 146cpl. Fuel prices in Sydney are nearing the bottom of the current price cycle and may linger for a few more days, so motorists can safely fill up now or even wait a few more days before they can expect prices to rise. It’s suggested that motorists compare petrol costs daily as some fuel retailers are lowering costs in the evening and then raising them again in the morning. Before heading out to fill up, check the price first. As of Monday morning, the most expensive place to fill up was at Umina Beach at 138cpl and the cheapest was at South Granville at 87cpl.

Over the March quarter, motorists were paying an average of 139cpl at the bowser – 12cpl less than the previous quarter. Darebin North was the sub-region with the lowest price over the quarter (135cpl), while the Nillumbik-Kinglake sub-region had the most expensive fuel, at 145cpl. As of Monday morning, the cheapest Melbourne suburb for petrol was Moorabbin Airport, with an average of 89cpl. Interestingly, prices are currently more than 30cpl lower than they were at the peak of their previous February cycle. With prices likely to continue falling over the next few weeks, motorists are being advised to hold off as long as possible, as it’s predicted that costs will fall each day they wait. As Melbourne fuel retailers are also recording a wide range of prices, motorists are encouraged to shop around, but to avoid travelling further than their local area to fill up.

Brisbane motorists paid the second highest price for petrol in the country over the last quarter, at an average of 141cpl. However, this is still 11cpl lower than the average price in the previous quarter. Currently, petrol prices in Brisbane are nearing the bottom of a long and lower cycle for the city. The suburb recording the cheapest price average as of Monday morning was Wilston, at 100cpl, while Kilcoy had the most expensive suburb average, at 125cpl. Ipswich was the sub-region with the lowest fuel prices over the quarter, at 139cpl, with Brisbane West recording the highest (142cpl). Brisbane motorists may have seen very few retailers offering big discounts on petrol, but with prices falling as part of the cycle, it’s advised that they wait as long as possible before filling up. It may be a week or more before prices start rising again.

Not only did Adelaide motorists pay the second-lowest prices for fuel over the March quarter – an average of 134cpl – they saw the most significant price drop (16cpl) from the December quarter compared to any other city. Petrol prices in Adelaide have also been the lowest in the country over the past month, often under 100cpl. On the morning of Monday 6 April, the inner-city suburb of Richmond had the lowest suburb price average recorded, at 83cpl. However, for motorists looking to fill up this week, prices are now past the top of the current price cycle, and higher than they have been in the past few weeks, but will ease for several weeks to come. Each day motorists wait to buy petrol will save them money at the bowser.

In the March quarter, the city with the cheapest petrol in the country was Perth, averaging 132cpl and 13cpl less than the previous quarter. Perth’s South-West region had the lowest average petrol over the quarter (131cpl), while the most expensive region – Perth’s Inner Region – was 3cpl higher. Petrol prices on Monday were at the bottom of the cycle, and sitting at historic lows, with Manning recording the cheapest petrol cost (90cpl) on the morning of Monday 6 April. If motorists need to fill up this weekend, comparethemarket.com.au recommends they shop around to find the lowest prices in their area, as prices are starting to increase. For those who live near the newly opened Costco at Perth Airport, petrol bargains can still be found midweek.

Canberra took the position for the most expensive petrol in the country over the March quarter, with motorists paying 143cpl, on average. Petrol prices in our capital city have been falling slowly over the past two months – from 146cpl to 133cpl on average – but won’t drop much lower. On Monday, the suburbs where the cheapest petrol could be found were Giralang and Nicholls, each at 122cpl on average. Comparethemarket.com.au expects prices will continue to drop over the next few weeks. It’s likely that Canberrans will continue to see low prices at the bowser.

Abigail says: “The start of the second quarter of 2020 has seen price lows across global crude oil, petrol and diesel, not seen in nearly two decades. This is due to demand slowing from the effects of COVID-19 and the oil price war between Saudi Arabia and Russia, two of the three biggest oil producers in the world. Despite global oil prices falling, petrol retailers in Australia are selling far fewer volumes in this climate, making it harder to lower fuel prices. Motorists will see a wide dispersion of retail prices across most cities, making it difficult to find bargains at the bowser.”

“We advise motorists to compare fuel prices from their homes before they fill up, using free comparison apps such as comparethemarket.com.au’s Simples Fuel so they can compare how much their local retailers are charging for fuel. We also encourage Aussies to only fill up when necessary, such as when leaving their home to buy groceries. Do the research first!”

Quarterly average price for ULP in major capital cities between 7 January to 6 April (Q1), compared with 17 September to 16 December (Q4)

About comparethemarket.com.au
Comparethemarket.com.au is an online comparison service that takes the hard work out of shopping around. We help Australians to quickly and easily compare and buy products from a wide range of providers. Our easy-to-use comparison tool enables consumers to find a product that suits their particular circumstances. We’re also in the business of comparing personal finance products, utilities and can help find the lowest fuel prices in your area. Whether it’s car, health or home & contents insurance, we provide a completely free service, that empowers Australians to make informed buying decisions. We’ve got your back, simples.

[1] This commentary is speculative given petrol prices for the future are subject to various factors beyond comparethemarket.com.au’s control