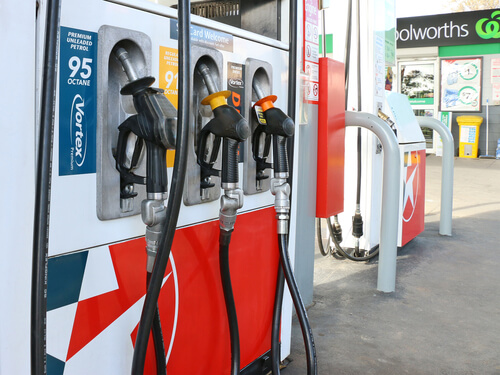 Comparethemarket.com.au has released its quarterly petrol price analysis ahead of the long weekend, revealing motorists in most parts of the country should hold off filling up the car and wait until the weekend where prices should continue to ease. Sydney motorists are being urged to fill up now, with prices predicted to rise at any stage moving towards the weekend.

The free comparison website, which updates its petrol price data three times daily across all major Australian cities, analysed the average cents per litre (cpl) of unleaded petrol from 24 June to 24 September 2017 across Sydney, Melbourne, Brisbane, Adelaide, Perth and Canberra to prepare motorists for where their city will be sitting in the petrol price cycle over the long weekend.

Abigail Koch, spokesperson for comparethemarket.com.au says, “Our petrol price analysis shows that unleaded petrol prices around the country for the quarter reached an average of 122.7cpl, dropping by about 4.5cpl compared to last quarter (127.2cpl for 4 March-4 June 2017). This coming long weekend, motorists across most parts of the country can expect prices to ease over the long weekend but Sydneysiders might be slugged at the bowser as prices are on their way up after falling for the past three weeks.”

Sydney
The analysis revealed Sydneysiders have paid an average of 119.6cpl over the last quarter, the lowest of any capital city, and lower than the previous quarter (123.2cpl for 4 March-4 June 2017). With petrol prices in Sydney falling since the 6th of September, prices are nearing the bottom of the price cycle. Motorists should fill up now to take advantage of low prices before they start to creep up in advance of the long weekend. Prices early this week were lowest in Sydney’s south – Caringbah and Miranda had an average of 111.2cpl – and highest in the North West’s Maroota – at 132.9cpl.

The Blacktown region has seen the cheapest petrol prices across the quarter – at an average of 117.3cpl, which is the lowest of any region in Australia – and could be the best area to fill up the tank this Labour Day long weekend. West might be best for Sydney motorists, with Central Western Sydney, Fairfield-Liverpool and Inner Western Sydney all reporting an average of 118.7cpl or less for the quarter. This contrasts with motorists in the Eastern Suburbs who have been stung by an average quarterly price of 125cpl – the most expensive in any of the capital cities across the country.

Melbourne
Melbourne motorists should avoid filling up in the lead up to the long weekend with prices having just spiked to the top of the cycle. Melbournians should hold off on filling up until after the AFL grand final public holiday (Friday 29 September) when prices start to ease over the weekend.

The average price of petrol in the city over the quarter was 121.6cpl, with the data revealing Essendon North and Tullamarine had the cheapest quarterly average, at 120cpl. Prices across the different parts of Melbourne during the quarter weren’t as dispersed as they were in Sydney with a 2.9cpl spread between the lowest and highest area averages. The highest average price was in Melbourne’s CBD and South Melbourne areas, at 122.9cpl.

Bacchus Marsh reported the lowest average price for petrol earlier this week, at 119.9cpl, while 33 suburbs had the same highest average price, at 142.9cpl, with Abbotsford and Footscray among them[1].

Brisbane
Like Melbourne, Brisbane motorists should avoid filling their tanks until prices drop further. Prices are at the top of the cycle but are anticipated to ease over the weekend. Across the quarter, motorists were paying an average of 123.3cpl for fuel. Motorists filling up in West Brisbane were forking out an average of 123.5cpl for petrol across the quarter, while South Brisbane recorded the lowest average, at 121.4cpl. As of early this week, Slacks Creek is the cheapest place to fill up, with an average price of 127.4cpl. The most expensive average price is 142.9cpl – found in 53 suburbs across the city – including Ashgrove and Windsor[2].

Adelaide
It’s good news for Adelaide motorists this long weekend as school holidays kick off. Prices peaked just over a week ago but given they are slowly on the way down, motorists who can hold off filling up until the weekend could see prices drop even further. Throughout the quarter, residents paid the second lowest price for petrol out of the capital cities analysed, at an average of 121.1cpl. Motorists filling up in Adelaide’s Western and Beach Suburbs enjoyed the lowest average price across the city – at 119.6cpl – while those in the Eastern Suburbs paid the highest – at 122.4cpl. In a report of the cheapest average petrol price earlier this week, Kilburn had the lowest, at 125cpl, while Adelaide’s Norwood, Klemzig and Hectorville had the highest, at 138.4cpl.

Perth
Perth’s seven-day petrol price cycle is expected to spike on Tuesday and near the lowest point of the cycle over the weekend, which is when motorists should hit the bowsers. Throughout the quarter, motorists were paying an average of 122.3cpl to fill up, with there being little variance across the city: Perth’s East had the lowest quarterly average of 121.5cpl, and the North had 122.3cpl while the South had the highest, at 122.5cpl. As of earlier this week, the suburb of Southern River had the cheapest average price – at 110.2cpl – while Karragullen had the most expensive – at 127.9cpl.

Canberra
According to the data collected, Canberra residents were paying the most for petrol throughout the period, at an average of 128.4cpl. After months of stability, prices went up towards the end of last week by around 4cpl but have already slid back by about 3cpl. As the Labour Day long weekend approaches, prices are likely to remain unchanged so motorists should shop around for a good price.

Abigail says, “It can be difficult to know where and when to fill up the tank, especially before setting out on the road, whether it’s driving to a destination over the long weekend or even driving interstate with the kids over school holidays. Comparing petrol prices on comparethemarket.com.au will help you find the best station to fill up in your local area – or on the way to your destination – and help keep your journey as cost-effective as possible.”