Petrol price reprieve may be weeks away 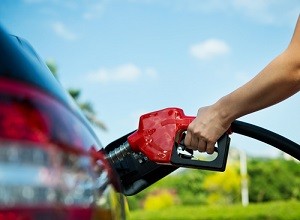 Motorists holding out for a dip in surging petrol prices could be waiting well into November based on current projections, according to Compare the Market.

Based on average price trends, drivers in Sydney, Brisbane and Melbourne won’t see cheaper prices at the bowser for another three or four weeks.

“Brisbane remains the most expensive capital city for petrol. Suddenly that long-weekend road trip to the Gold Coast might be looking a lot more expensive,” Mr Farquhar said.

“Projections based on current trends suggest motorists in Sydney, Brisbane and Melbourne won’t see better prices for another four weeks.

“As we’ve all seen over the past year, global events can have a massive, long-lasting impact on fuel prices.

“The surge we’re experiencing now is like the ultimate rebound following the lows of 2020 when low consumption pushed competitive prices.

“Unfortunately, the price hike has come at a terrible time for many families planning post-lockdown vacations and outings.”

Compare the Market’s Bill Shock Tracker survey for September 2021 found the average spend on petrol in Australia is $117 per month, or $1,404 per year.

Broken down by state, Western Australian residents had the highest average petrol spend, likely due to longer commuting times.

Mr Farquhar said motorists who could not wait to fill up could still hunt for a better deal using the free Simples app.

“If you’re getting desperate, it could pay to shop around and compare what’s on offer in your local area. There are still retailers out there offering competitive prices,” Mr Farquhar.