A recent study by Kelly et al. found 44.7% of Aussies’ prescription or pharmacy medication was expired, highlighting the need for further community awareness around the risks of storing expired or unused medication at home1.

The study, titled ‘You don’t throw these things out:’ an exploration of medicines retention and disposal practices in Australian homes, also found Aussies’ medications had expiry dates ranging from 1991 to 2021. A total of 37% of medicines had expired as of 31 October 2016.

The sheer amount of stored medication discovered through this exercise surprised some interviewees. A total of 1,424 out of 2,301 medications were unused, unwanted, expired or kept for a later date “just in case”.

What do expiry dates mean to Aussies?

According to HealthDirect, a government-funded service that provides healthcare advice, the chemicals in medicines can break down to “inactive products” from exposure to light, heat or oxygen over time. This change in chemical composition can also pose a danger to consumers2. HealthDirect stated that at their worst, old medicines could be fatal if they were used to treat serious conditions.

These risks make Kelly et al.’s findings somewhat concerning, as many participants viewed medicines as effective and safe to use well beyond their expiry dates. While some concluded out-of-date prescription medication was riskier to use, a large portion believed it was okay to apply expired topical medications.

“I know I got it [medication] earlier this year so it ought to be all right. I’ve looked on the container and I just can’t see any expiry date on it,” said one respondent.

Furthermore, some participants struggled to discern expiry dates because of discarded original packaging or because dispensing labels obscured information. 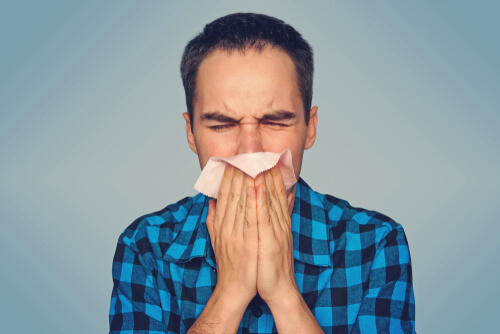 A lack of consumer awareness has also spread to the issue of antibiotic resistance – a dangerous problem where bacteria survive and continue to cause infection despite antibiotic treatment. Such resistance to medication is something the World Health Organization (WHO) views as a significant threat to global health3.

While some participants admitted it wasn’t appropriate to hang on to antibiotics for future use, others seemed unaware that stockpiling old prescriptions to safeguard against future infection could contribute to such resistance. One interviewee said:

“I might only take two-thirds of the rest of the second course [of antibiotics] and not complete it, [meaning] I might have a few spare … if I get something that looks pretty bad, like a bacterial infection in the throat … I don’t have to go racing to the doctor in the middle of the night…”

Forgoing professional medical intervention is also concerning, as participants may misdiagnose and inappropriately treat their symptoms.

Medication in reach of little hands

Not everyone safely stored medicines, either. While some interviewees stored medicine in high cupboards or above the refrigerator, others stored medications on dining tables, in the bathroom (which could also reduce medicine efficacy due to moisture) or in the bedroom. Only a minority claimed they put measures in place to keep medicine inaccessible to children or pets.

While the study itself is limited in that most of its participants were over the age of 55 (meaning it’s less likely interviewees would have younger children at home), any visiting grandchildren could still face an increased risk of accidental medicine ingestion.

Poor storage practices are cause for alarm, when you consider that three in every five poisoning incidents were related to exposure to medicines, according to a study released by the Australian Competition & Consumer Commission in 20164. 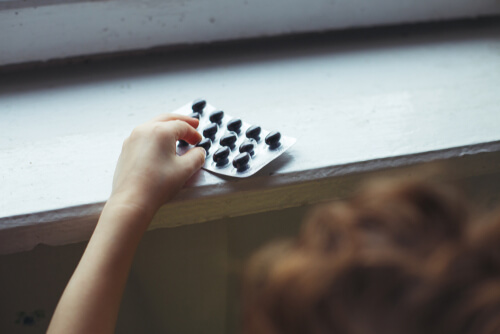 The dangerous habit of throwing out our medicine

A 2016 audit conducted by Griffith University revealed over 80% of those surveyed didn’t know how to dispose of their expired or unused medications properly5 (e.g. taking it back to the pharmacy for disposal).

The audit, entitled the National Return and Disposal of Unwanted Medicines Project Audit 2016, also discovered respondents were unaware that they could dispose of their medicines through Return Unwanted Medicines (the RUM project).

What is the Return Unwanted Medicines (RUM) Project?

The RUM Project is a not-for-profit, government-run company that works in conjunction with community pharmacies to safely dispose of medications at no cost to the consumer.

The consumer simply places their unwanted medicines in these RUM bins, which are kept in a secure area of the pharmacy under supervision. Medication is later safely incinerated – a method approved by the Environmental Protection Authority (EPA).

This project also advocates for safer medication storage in the home, as well as proper medication disposal, to help safeguard against accidental medicine ingestion and pharmaceutical pollution.

On top of this, the 2016 audit found over half of healthcare worker respondents (69.2%) typically advised patients that unwanted medicines stored at home should be disposed of in the rubbish/taken to the dump6. Kelly et al.’s study echoes the audit’s findings, discovering that younger interviewees ranging from 18 to 44 years old tended to throw their medicines out with the household rubbish or down the drain.

The practice of returning medications to the pharmacy was common among those who lived in rural locations, those who were 45 years or older (although, this category saw a large number of participants throwing medicines down the drain), or those who had recent experience in healthcare.

In particular, one participant had heard about handing medicine back to the pharmacy, but didn’t know what the best practices were before their discovery:

“Well, up until a couple months ago I think I just tossed them in the bin, because I’ve never been told before that I actually have to hand them in at the pharmacy…”

Such disposal practices can increase of pharmaceutical pollution – something that spells a “serious issue for human health and the environment globally”, according to the 2015 report by Dr Kirstie Murdoch7. 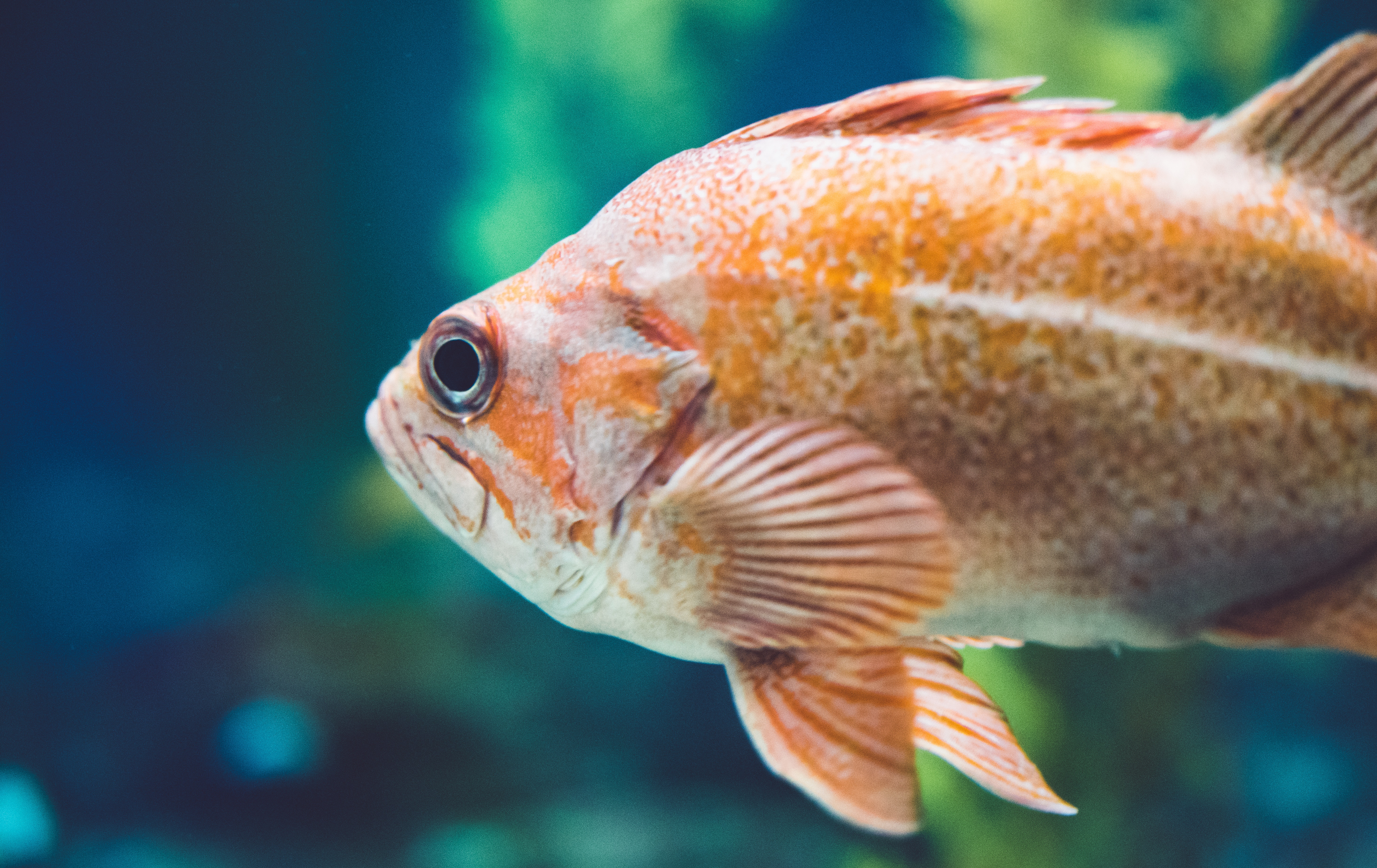 In the report titled Pharmaceutical Pollution in the Environment: Issues for Australia, New Zealand and Pacific Island countries, Dr Murdoch stated medication in landfill can leach into, and remain in, groundwater, and medicines disposed of via the sewage system can release residues into waterways.

While Dr Murdoch concurred the direct health implications of pharmaceutical pollution is yet unknown, she said a range of “physiological and behavioural effects” were already detected in a number of species, including the behaviour of some fish.

As for human health, Murdoch’s study highlighted that pharmaceuticals in the environment were impacting our endocrine system – the system responsible for hormone secretion and regulation of our metabolism, sexual development and function. Dr Murdoch said there is “growing evidence of the adverse impacts on human health of endocrine disruptors present at low levels in the environment”.

What can we do to avoid dangerous medicine storage and disposal habits?

More Aussies should take advantage of RUM collection bins at community pharmacies. To date, The RUM Project has collected over 8,000 tonnes of unwanted medicines8.

In their report, Kelly et al. repeatedly highlight the need for greater awareness around this scheme – it can not only reduce the implications of storing unused and expired medications at home, but it can also alleviate the negative impact on the environment.

It is vital that Aussies everywhere start at home by safely de-cluttering any stockpiled medicine.

To learn more about disposing of your medications, visit www.returnmed.com.au.

Switch coffee for hot chocolate and winter for summer, and that’s Renee. When she’s not glued to the cinema screen, she’s arguing with her fictional characters (it’s a love-hate relationship). Renee studied Creative and Professional Writing and Journalism at QUT and is passionate about inciting positive change through the written word.