What would a sugar tax look like in Australia? 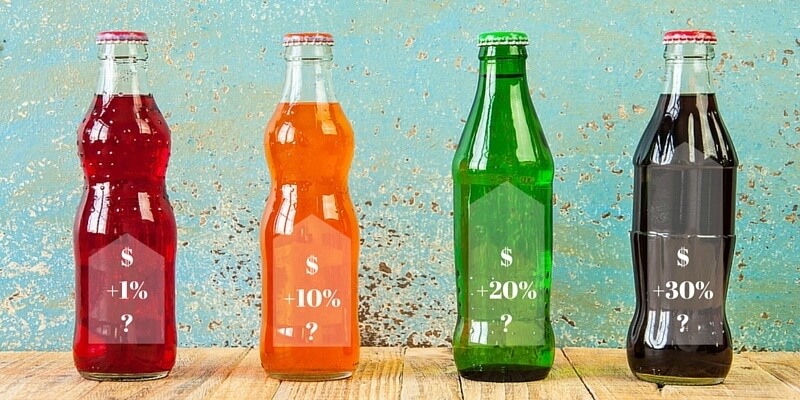 Britain is set to join Finland, France, Mexico, South Africa, Finland and Denmark by implementing a tax on soft drinks in an attempt to curb childhood obesity, prompting celebrity chef Jamie Oliver to post a video on his Facebook page that tells Australia, among other countries, to “pull your finger out”, and follow suit.

Harsh words, from the Naked Chef. But he has a point. Australia, like many other countries, is a bit sugar mad! Taxes typically decrease demand as costs rise – think petrol and cigarettes in this country – but is Australia a good candidate for a sugar tax? And if it’s such a good idea, why is Denmark set to scrap theirs next year?

Related: What if Diabetes were a nation?

One way to determine whether or not a sugar tax will work at home is by looking abroad at its impact in other countries. Since the UK have a set goal – reducing childhood obesity – we can look to public health outcomes in those countries which have implemented a sugar tax, and combine the expertise of paediatricians, dieticians, statisticians and public health advocates.

The progressive Scandinavian country introduced a tax on sweets and ice-cream in 2011 by imposing a cost of 95 cents per kilo, as reported by Food Navigator. It was later expanded to include sugary beverages. After the European Commission received two complaints about the unfair advantage that Finnish producers had over their non-Finnish counterparts, however (after import taxes), the government announced the reversal of the tax from 2017, according to the BBC.

Mexico has a love-affair with soft drinks, with The Guardian reporting that Mexicans drink more soda than virtually anyone else. So much, that in a 2012 survey, the top 3 sources of calories consumed in the typical diet were all sugary beverages. This is bad news when diabetes is the leading cause of death in the country.

In January of this year, the British Medical Journal issued a press release that reported that a year after its implementation in 2014, the 1-% sugar-sweetened drinks had resulted in a 12% decrease in sales, and a 4% increase in sales of untaxed beverages. Isabelle Szmigin commented in The Conversation that this simple sales tax on consumers cannot necessarily be compared to the UK or Australia because in Mexico, food accounts for a greater proportion of an individual’s income. Regardless, this outcome indicates that Mexico instated the tax in an appropriate way to elicit the desired response. 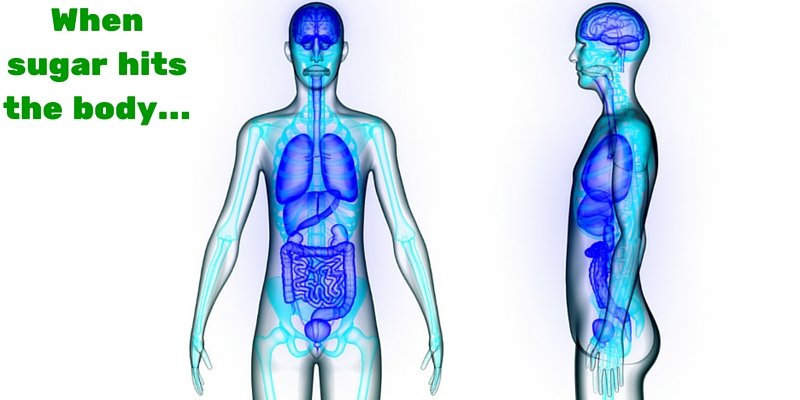 France was one of the earlier adopters of a soft-drink tax in 2012. Financial Times reporting that the sugar tax’s first year saw soft drink sales drop by 3%, and by 2% in the second year. Bloombergview reported that public support rose 60% once the French government announced that the funds raised would be used for public health measures.

Danes didn’t just take on a sugar tax, but also the world’s first fat tax, leaving them laden in levies for several years. After ditching the “fat tax” in 2012, the Washington Post explains, because of retail job loss and hurting local businesses to the benefit of cross-borders ones, the long-standing sugar tax was the government’s answer to the void left in its wake. Just months on, however, and the Danish government appeared somewhat circumspect – the sugar tax, which has stood steady since the 1930s, would be phased out by January 2014, according to reports from eurofoodlaw.com, in an effort to stir up jobs growth. Though the sugar tax can’t easily be evaluated against pre-levy times since they date back to before the Great Depression, there are plenty of interested parties who are already describing its successes and failures.

What this means for Australia

This meta-analysis tells us that where a tax on sugar-sweetened beverages is implemented, a real reduction has been found in either Body Mass Index, reported changes in diet or reductions in the number of overweight or obese people were found. However, this study did have its limitations in geography as well as the number of cases contrasting the amount and kind of tax implemented. This means this a “gold standard” cannot be established and we are left with only nine examples, without being able to establish a “context-specific” study.

When asked about the current state of debate on the ground, Gabrielle Maston, Dietitian and Exercise Physiologist from Changing Shape said, “The debate is around [whether] this tax will have a significant impact on the health of Australians. There are two schools of thought; a tax like this sends a loud message to the public about the negative effects [that] soft drink consumption has on their health.

“It will hopefully deter those in lower-socioeconomic brackets to purchase soft drink because of the increase in price. We know that this cohort typically suffers more from obesity and co-morbidities because of poorer access to health care services, lower education and hence poorer food choices.” 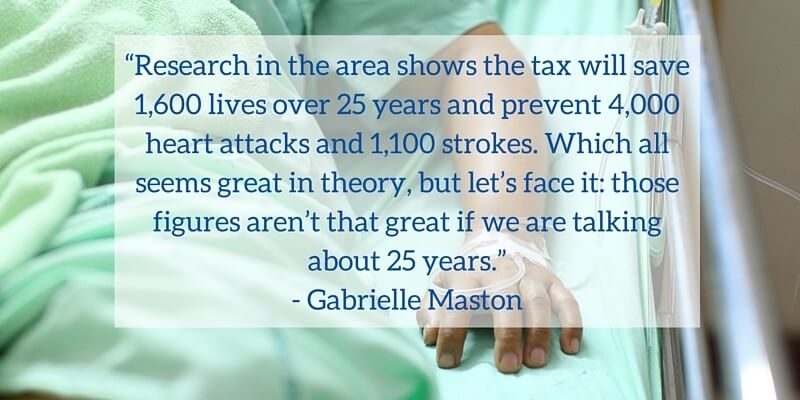 What about the gains?

Gabrielle has no doubt we could see some positive numbers off the back of an Australian sugar tax.

“Soft drinks are not great to consume all the time because they are high in sugar and preservatives. We know that excessive energy consumption is easy when consuming sweet liquids, which can contribute to weight gain and other chronic health issues.”

That’s not to mention the devastating affect that sugary beverages has on the nation’s teeth,

“Research in the area shows the tax will save 1,600 lives over 25 years and prevent 4,000 heart attacks and 1,100 strokes. Which all seems great in theory, but let’s face it: those figures aren’t that great if we are talking about 25 years.”

The downside of a sugar tax

The other school of thought, according to Gabrielle, is multi-fold. “This tax will cost a significant amount of taxpayer’s money to initially implement, which could be better spent on other positive initiatives: for example telling people how to be healthy instead of taxing them. It [also] places more financial hardship on those who can’t afford it, potentially further offsetting their ability to buy fresh produce due to paying more for junk food items they will be likely to continue to purchase.”

“In addition, we know that soft drink consumption is actually lowering in general and it doesn’t have as significant impact to our energy intake like other food items do. In a recent research paper around 58%, of the food budget of Australian households is now being spent on discretionary foods and drinks, including 14% on take-away foods, 12% on alcohol and 4% on sugary drinks.”

Not necessarily, but it may make them spend a higher percentage of their incomes on food, whether or not it is considered unhealthy or not. With many food companies diversified into different categories, it may make sense to spread the cost over the other divisions a little to lessen the impact on the sugary beverage. It may carry a bonus lift in sales for bottled water, – so the loss is offset somewhat by a gain in another area of sales..

A sugar tax would be a regressive tax – but then so are the taxes on cigarettes, fuel and alcohol, and there is scarcely more than a whisper heard on those particular taxes. Luke Allen argued at The Conversation that impoverished people are actually less likely to take on soft educational messages about health and diet because their attention is focussed on more immediate matters, and this is why a harder approach, such as taxation, would be more likely to drive change at the low socioeconomic end of the scale.

Should people be allowed to make their own choices?

A sugar tax isn’t preventing people from making a choice, like banning a product would. This kind of tax is designed to influence how much of that thing a person is prepared to spend their money on. It doesn’t mean that tax will achieve that goal, or that better measures can’t be implemented, however. We asked Gabrielle Maston if she thinks a sugar tax is right on the money.

If not a sugar tax – then what?

There’s little doubt that Australia needs to address the health of its population, with obesity levels rising according to our own governmental departments, and heathy lifestyles something that other people follow. On this topic, Gabrielle Maston has plenty to offer. Where are we going wrong, and what could we do at a national level to make a difference to real Australian lives?

“Yes, obesity is a weight issue, but we know through research that concentrating on weight, as a health focus, is typically not successful. There is poor adherence to programs and there is inevitable weight rebound.” 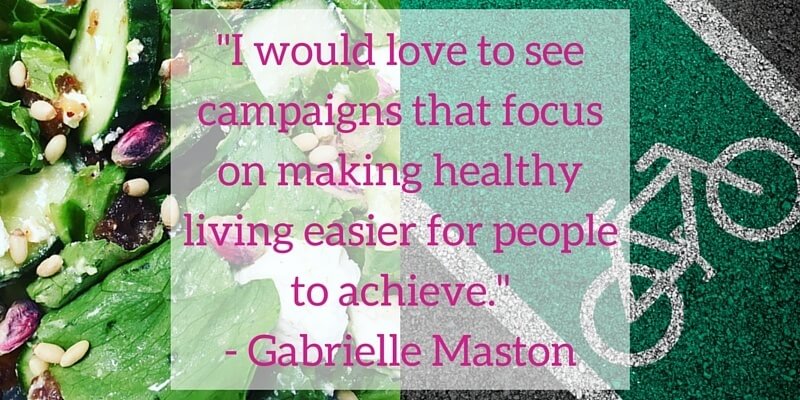 The sugar tax is easier simple campaign for the government to implement, which could be why it’s proving popular. Time will tell if Australia is going to follow the UK and implement a sugar tax, and what the repercussions of that will be.