The Facts on Vaccination

Once again, vaccination has hit the headlines. The shots that anxious parents lined their children up for 60 years ago are treated by a small but vocal minority as unnecessary and even harmful. Younger doctors who had never previously seen a case of whooping cough (pertussis) or measles are now learning about the diseases first hand as outbreaks are seen every few months. So are vaccinations really something to be feared, or are they simply a victim of their own success?

So… What is a Vaccination?

Vaccines work by introducing your immune system to a virus or bacteria that is inactive – meaning it is weakened or dead and can no longer multiply and cause harm in your system. It’s still close enough to the real thing that your body will produce the correct antibodies, or disease-fighting cells, so that if you come into contact with the disease your antibodies can quickly reproduce and mount a fully-fledged attack. Producing antibodies takes time, so an unvaccinated person cannot immediately defend against the disease.

The myths around vaccination are numerous and prominent on the internet, and many concerned parents who decide to take the time to research them will come across assertions that are just downright scary. No wonder some people opt out. But are they true? Sadly, scientific claims on the internet don’t need to be reviewed by an actual scientist in the field in order to be published. It’s up to the scientific community to constantly counteract the misinformation – take the idea that vaccines cause autism. Despite several large-scale studies showing that there is no such link, the rumour persists.

In the year 2000, the Therapeutic Goods Administration removed the preservative thimerosol, an organomercury compound, from all but one childhood vaccine, despite the fact that the body clears this compound easily from the system. There is more risk in eating a tin of tuna.  Formaldehyde is another ingredient cited as a toxic component of vaccines. But what you might not read alongside this is that formaldehyde forms naturally in your body as a part of normal metabolism, and we eat comparatively large quantities in foods like apples and pears. Of course, there is an amount of formaldehyde that would do serious harm, but you could say the same of every substance. Water will kill you in high enough quantities. 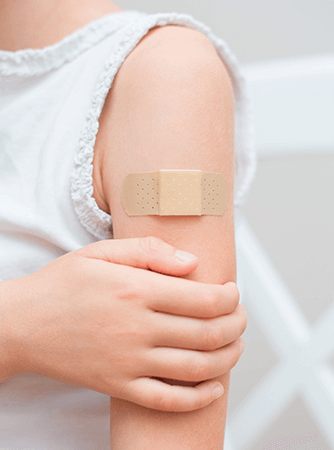 Aluminium is widely used in vaccines, but in amounts so small that they do not cause any harm. It’s known as an “adjuvant”, a substance that turbo-charges the vaccine meaning you require less of it.

Can you have “too many, too soon”?

Combined vaccines, such as the measles, mumps and rubella (MMR) shot, might seem like a big load for a small person to handle. Some parents insist on waiting or separating the immunisation schedule out of a fear that they could overwhelm their child’s immune system. If you consider, however, that even tiny babies encounter hundreds of foreign substances every single day that create an immune response, two or three more is just a drop in the ocean.

So why do we still vaccinate against diseases that are no longer seen in our communities? It’s a good question. In our global and travel-savvy world, an outbreak of serious disease is just one plane trip away. And vaccination is the only thing keeping it at bay. Polio, which destroyed thousands of lives in the 20th century, is still seen in certain parts of the world where vaccination rates are extremely low. Although it would take some time, if we stopped vaccinating against polio today we would certainly see a return of the disease.

One of the most persistent questions that parents have around vaccination and immunisation is regarding what we refer to as “herd immunity” – the notion that a certain amount of us need to be immune to disease in order to stop it spreading. And why, some parents ask, are my non-vaccinated children a danger to your vaccinated children? The answers are complex, but they are perhaps the most important to understand. Herd immunity ideally sits above 90%, meaning the number of unvaccinated people is too few to effectively spread a disease. If the numbers fall, several groups are at risk, and it is these people who rely on the “herd” for protection. Babies too young to be vaccinated for certain diseases are particularly vulnerable, those few who cannot effectively produce antibodies after vaccination (called “non-responders”), children who are behind on their vaccine schedule, those who cannot be vaccinated for medical reasons, people suffering from auto-immune diseases that leave them vulnerable, and people who have a compromised immune system due to things like chemotherapy. This is not an insignificant amount of people replying on others to be vaccinated.

There are of course many more questions that you may have as someone who is weighing up the risks and benefits of vaccination, and we can only stress that you consult your family doctor or paediatrician if you have specific concerns. If you use the internet, tread carefully: only seek information from science-based websites that are written by scientists and researchers. It’s easy to become bogged down in myth and lose your ability to distinguish fact from fiction. Vaccination is not risk-free, and no-one on the advocacy side will claim this is the case. Most side-effects involve a mild fever and a sore arm, but very, very rarely a serious reaction will occur. This may happen to one in every million children – around a thousand times riskier than allowing, say, measles back into the community. These risks are not to be ignored, but they need to be seen in context of the risk of contracting the disease. 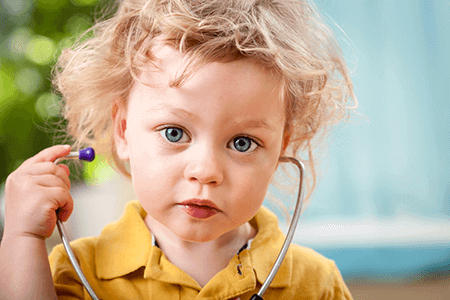 The health of your children is important, and the best way to ensure they stay healthy is to be well-informed with the best available science. If you’re travelling overseas, view our interactive vaccine travel graphic to properly prepare, and ensure your family has the best health care around the clock by comparing health insurance providers for a plan that will take care of your family as well as you do.