Is our food really as healthy as we think it is?

In 2014, the Australian federal and state governments introduced the Health Star Rating (HSR) system with the aim of informing healthier food choices for consumers.[1] The HSR works by evaluating the overall nutritional value of a product and awarding it a star value from half a star to a maximum of five – the higher the star rating, the healthier the product.

The HSR is gearing up for its Five Year Review in late 2019, and in 2017, the government tasked independent consultancy Matthews Pegg Consulting (mpconsulting) with conducting the review.[2] Since then, mpconsulting has released several papers detailing the main issues that should be addressed by the review, the most recent of which (released in October 2018) examines the scope of the HSR and the HSR calculator’s performance.

Outlined in mpconsulting’s latest paper were proposed changes to the HSR calculator that would see 482 products increase their HSR but 509 products decrease theirs.[3] Among the 509 products slated for a reduced star rating are:

That some of these products – some which may ordinarily be considered unhealthy – had high enough HSRs that they can lose stars could beg the question: which foods aren’t as healthy as we think they are?

Chosen for their convenience and supposed healthiness, muesli bars have helped many school students and office workers make it through the long gaps between meals.

However, according to Dr Rebecca Reynolds writing for The Conversation, not all muesli bars are a healthy choice, as many actually contain high levels of added sugar (like cane, brown, and glucose sugars), starch and fat.[4] Muesli bar ingredients also include sugar syrups (like malt, golden and rice malt), and added butter and cream.

Dr Reynolds recommends bars with higher quantities of grains (like barley, oats and quinoa), nuts and seeds, and dried fruits as the healthier choice of snack bar. 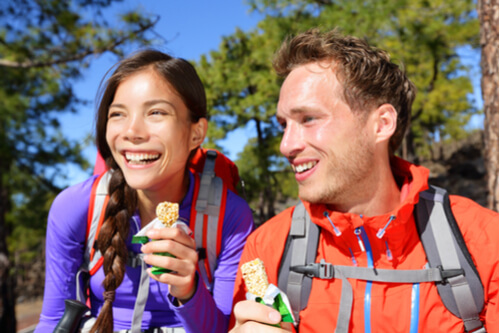 Frozen yoghurt may be seen by many to be the healthier frozen dessert when compared to ice cream, but that may not be the case according to gastro-specialist dietitian Helen West.[5]

While frozen yoghurt has less fat than ice cream as it’s made with milk instead of cream (unlike ice cream, which is made with cream), manufacturers tend to add sugar to their frozen yoghurt mixtures to help prevent the formation of large ice crystals in the mixture during the freezing process, which alters the smooth texture of the frozen yoghurt.

Frozen yoghurt is also typically served in larger portion sizes, and many retailers often sell a variety of flavours and toppings as add-ons, which only increases the overall calorie count. West suggests that it’s best to enjoy a frozen yoghurt just as an occasional treat. 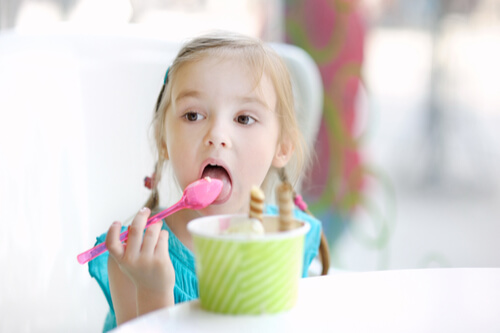 Wraps are a seemingly healthy lunch choice for many of us, but a review conducted by the University of Newcastle in 2016 shows many of Australia’s biggest-selling wraps are not the best choice for our health.

The review examined the nutritional information available for the 22 top-selling wrap products in Australia. According to the review, 14 of the wraps had medium or moderate sodium levels, while the remaining eight had high sodium levels; none were deemed ‘low salt’.[6] Furthermore, 17 of the wraps included artificial preservatives in their ingredients.

The review found that the wrap with the highest sodium content had 920 mg of sodium, or 2g of salt, per 100g serving – which is more than half the 1,600mg of sodium (or 4g of salt) an adult should have each day according to the government’s Nutrient Reference Values (NRVs), which the University of Newcastle cited in their review (the NRV has since updated the recommended sodium intake to no more than 2,000mg per day[7]).

Based on the review, the University of Newcastle recommends that customers choose wraps with less than 600mg of sodium per 100g of product, as anything over that amount is considered high in sodium. 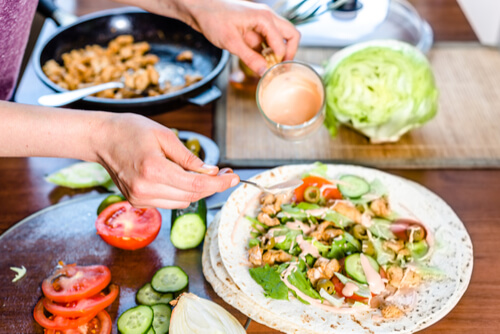 Many people are turning to veggie chips for their afternoon snack as an alternative to the greasy, salty potato chip. However, our alternative choice of snack may not be any healthier than usual chips if we’re not careful about which ones we buy.

According to registered dietitian and consultant Toby Amidor in her Food Network article ‘Veggie chips: are they healthy?’, veggie chips can be lower in sodium than normal potato chips, but they can also be equal to potato chips in calories and fat as both kinds of chips typically include oil in their ingredients.[8] Amidor further explains that since veggie chips are also processed, the vitamins and minerals present in the original vegetable are destroyed during processing, leaving you with a snack low in nutrients.

If your veggie chips don’t list a vegetable as one of the top ingredients, you could be safe in assuming that the product doesn’t contain the nutritional value you may be hoping for. 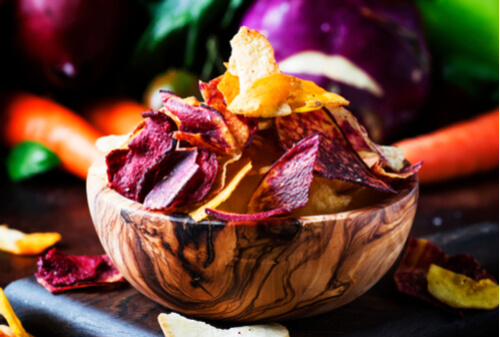 Like veggie chips, many of us are choosing dried fruit pieces for our office snack. According to registered nutritionist Adda Bjarnadottir, while dried fruit can actually be a healthy food choice, Bjarnadottir also writes that we need to be mindful of how much we eat in one go.[10]

Dried fruits (which are dehydrated to the point where they’re smaller than a regular piece of fresh fruit) can be as nutritious as fresh fruits and contain as many vitamins and minerals, fibre and antioxidants. Certain dried fruits, like raisins, dates and prunes, may even have some health benefits.

Because of dried fruit’s sweetness and small size, it’s very easy to eat large amounts in one go, and this is where dried fruit becomes unhealthy. Bjarnadottir emphasises that dried fruit should only be eaten in small quantities. 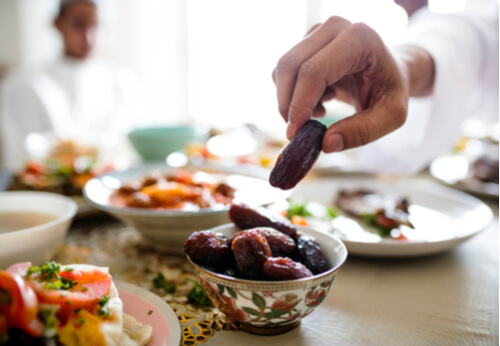 So, next time you go grocery shopping…

Check that the foods you’re putting in your trolley are the healthiest choice for you. The government ‘Eat For Health’ website, run by the National Health and Medical Research Council, has a number of tips for healthy grocery shopping like checking the food labels of products and sticking to the Five Food Groups as much as possible.[11]