The evolution of a healthy lifestyle 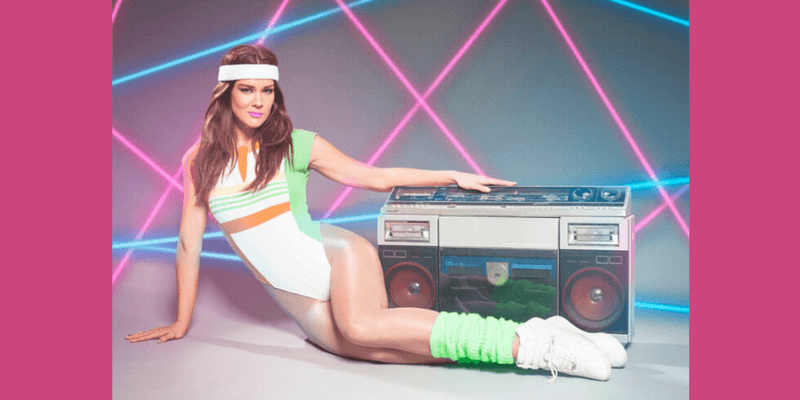 As far as fashion goes, thin was not always in. In bygone eras when food was scarce, a rounded belly and ample bottom were signs of wealth and prosperity. Fashions and fads come and go, but what remains is a desire to be healthy. We take a stroll through the decades from the 70’s to present day, seeing what health trends have gone, and what remains popular today.

With the austerity of the war years fading, people once again had plenty to eat and money to spend. The combination of plentiful food and disposable income, combined with women’s fashion accentuating a small waist, meant the market was ripe for all manner of health fads.

Diet: Simplicity at its finest
Simplicity was the theme of diet plans from the 1950s, from the Cabbage Soup diet, to the Grapefruit diet, which is explained in more detail in this article featured in WomansDay.com.au. The cabbage soup diet is simple to follow, with only the title food on the menu. It’s inexpensive, but personal trainer Scott Laidler says participants lose more water than fat, piling on the pounds when a balanced diet is resumed.

Exercise: Pray the bulge away
Prayer isn’t considered an exercise today, but it was proposed as a way to lose weight in the 1950s, as described in this article from purplecover.com. Praying away the pounds may not have been particularly effective, though perhaps real genius is in the difficulty of eating with your hands clasped together.

In women’s fashion the curvy 50s model shifted towards a thinner figure. The skinny waist was matched with skinny everything else, and corsets became much less common, which made keeping a slim figure even more important to stay in vogue.

Diet: The birth of Weight Watchers
The 1960s gave rise to Weight Watchers, a way of calculating the calorie content of all food, rather than specifying specific foods or meals to avoid. It was the first time dieters had been encouraged to take responsibility for their choices rather than sticking to strict rules. Exercise: Lets do the twist
The Twist dance craze of the early 60s became an exercise fad with the arrival of the Trim Twist “Executive Exerciser”, find out more here. This was basically a rotating platform mounted on a stationery base, which exercisers stood on and twisted the inches away.

The flower power decade gave way to a groovier time for many people, but the focus on being slim was still popular. Authors and advertisers were keen to provide, beginning a period where there seemed to be a pill for everything.

Diet: There’s a pill for that
The big standout from this era is the diet pill, a history of which can be found here. One particular pill blocked the absorption of starch; the bulk of it ended up in the colon and didn’t budge. Another pill from the 70s gave people more energy, so they burnt calories by constantly moving, with the added bonus of a suppressed appetite. They were later banned, as the active ingredient turned out to be amphetamines. The first appearance of the Atkins diet was also in the 70s, the first in a string of low carb diet plans. 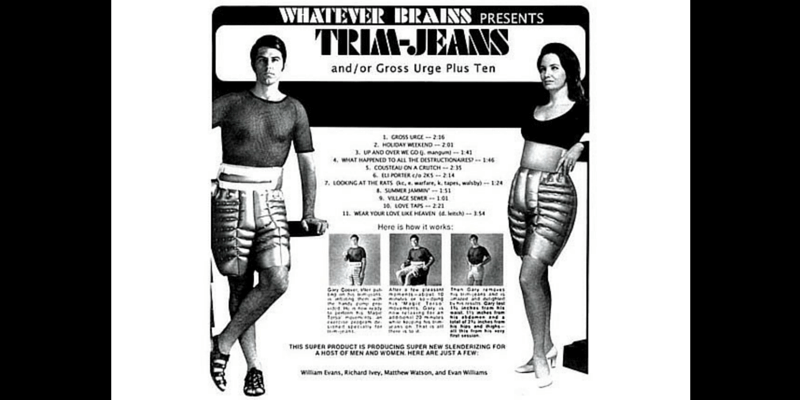 Exercise: Inflatable weight loss
The era of assisted exercise really came into full swing in the 70s, with cheap TV advertising promising “the body of your dreams” and stylish accessories such as the Trim Jeans hitting the high street. These inflatable pants promised to maximise exercise and drive weight loss, thankfully we don’t see these today!

By the 80s, power suits required a power physique to match, so the fads kept rolling in. Some of them are still around, while others are distant memories.

Exercise: Aerobics has landed
Is there anyone in the western world who doesn’t know what Aerobics is? Jane Fonda got everyone up and active in the 80s and TV shows like Aerobics Oz Style first appeared in living rooms. 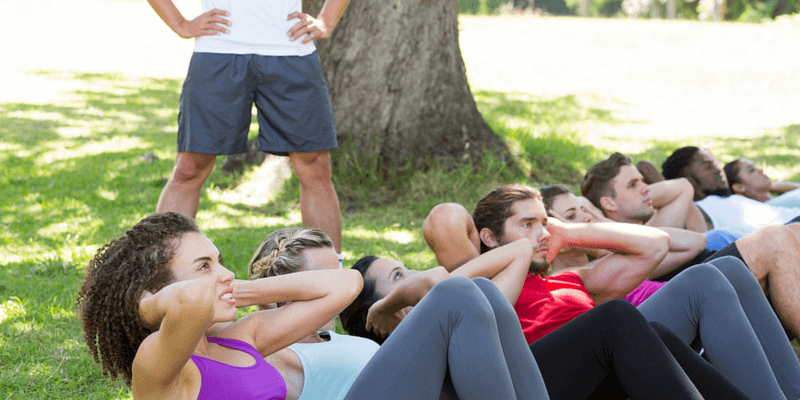 Aside from Grunge music and Britpop, the 1990s continued on the path of diet and exercise fads that had been laid down in preceding decades.

Diet: Science
Diets in the 90’s claimed to be super-scientific, with the Zone diet and various blood-type diets gaining popularity. Serious protein supplements like Creatine also began to gain in popularity.

Exercise: The rise of the workout
Exercise in the 1990s saw the rise of gyms as places to exercise, with specific gyms for women opening up. Mountain bikes became more common, and hybrid martial arts systems like Taebo also began taking up space in the gym. Boot Camps made an appearance for the first time, getting the blood pumping before work.

From TV reality dieting to eating like a caveman, the number of new dieting options has certainly not slowed in recent years. Exercise options remain varied, but a new focus on mind and body ‘wellness’ has given rise to a dramatic increase in yoga studios and meditation schools.

Diet: TV dieting
The Biggest Loser started in the noughties and has encouraged people to take control of their weight. Caveman diets and superfoods encourage a “back to basics” approach, with processed foods labelled the enemy. 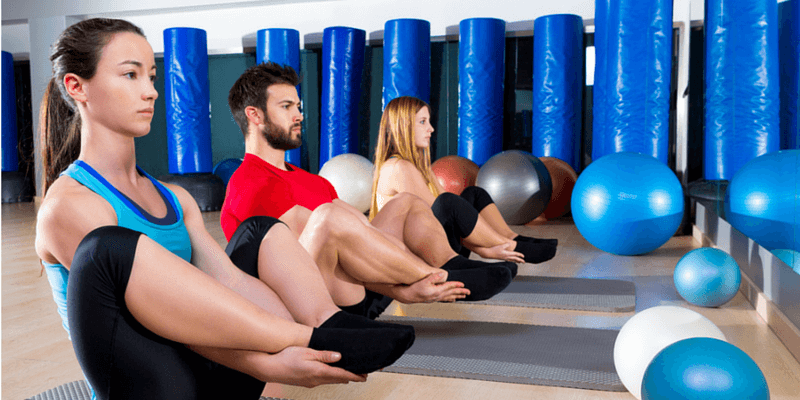 Exercise: Stretch to impress
Pilates, a form of rehabilitation exercise originally developed for war veterans in the early 20th century, exploded in the new millennium. The number of TV driven home exercisers is still popular, as the Shake Weight and Ab Circle readily show.

The interest in weight loss and fitness fads has gripped people for over half a century, and will likely continue to do so as people search for the healthiest lifestyle that isn’t too hard to achieve. The best solution for people is often to find sustainable diets and exercise regimes that become part of a routine, and there are so many options it’s easy to try a few to see what suits. 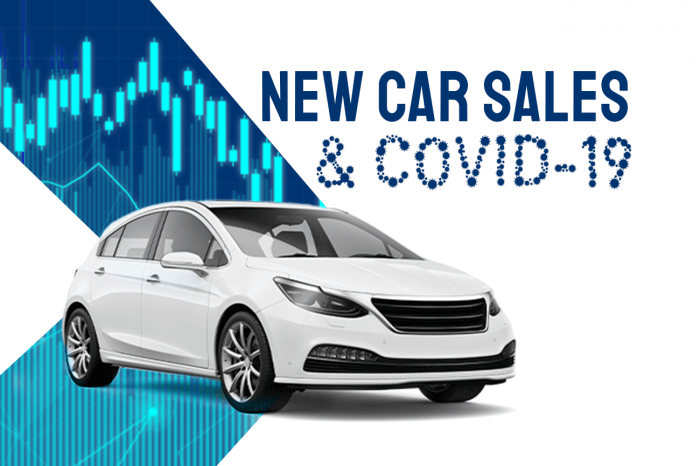 How did COVID-19 impact new car sales around the world? 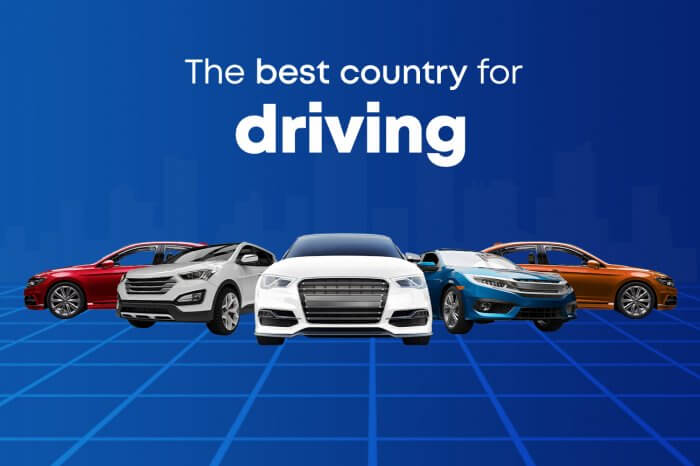 The best countries for driving 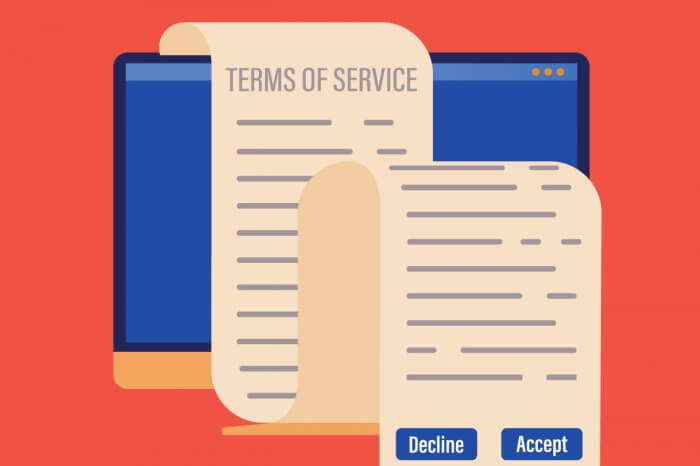