What is organic food and is the cost justified? 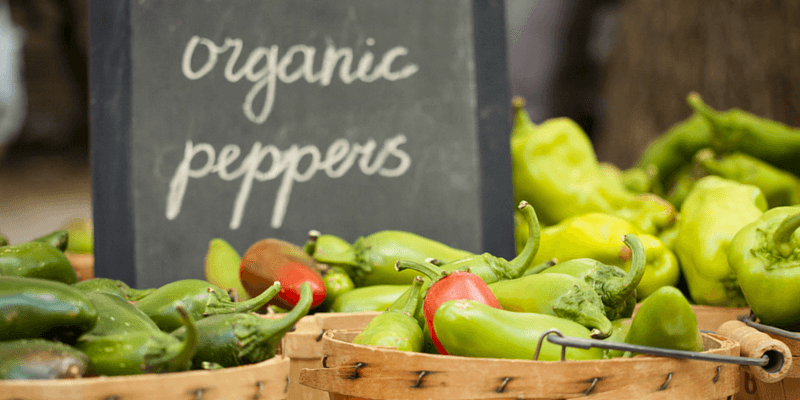 The availability of foods marked as “organic” is widespread and plentiful. The products in this category have grown beyond health food stores and farmer’s markets to the shelves of our major supermarkets. With the organic industry in Australia currently worth $1.276 billion and $63 billion worldwide, and projected to grow, it’s little wonder that everyone wants a slice of the pie. But with the increased costs of food labelled as ‘organic’, is the consumer getting their money’s worth?

What is organic food anyway?

According to Australian labelling law, the word ‘organic’ may be used wherever a producer or manufacturer is selling foods that have been grown without the use of synthetic fertilisers or pesticides. It does not refer to nutritional value, health effects or sustainability. The ACCC, our consumer watchdog, stipulates that the wholesaler must be able to substantiate any claims made on the packaging. Further to this, exported food labelled as organic must be overseen by the Department of Agriculture’s Quarantine and Inspection Services (AQIS) and certified by one of 6 authorised bodies:

If you are seeking genuinely organic foods, look for the labels of these recognised organisations. These bodies all adhere to a “GMO-free” ethos, but don’t require genetic testing – although the certifying bodies may conduct sampling according to the rules and regulations set out here. They merely rely on the honesty of the farmers, which means the claim is “non-GMO” rather than “GMO-free”.

Foods marked as ‘Free Range’, ‘Natural’, or ‘Quality’ are not necessarily certified organic.

The dictionary definition of organic is “relating to or derived from living matter”. Scientifically, all foods are organic, with the word referring to complex molecules with a carbon base – in other words, all living things! The word organic, in reference to traditional or natural agricultural practices, did not appear in the literature until 1942, and took many decades to evolve into the definition as we widely see it today.

Another aspect of food production that decides if a food is organic is the use of pesticides, herbicides and fungicides. The process of food production is by definition a chemical process, as chemical interactions take place within the crop, the soil in which it is produced and by the interaction of both with any applied synthetic or non-synthetic sprays. The availability of nutrients in the soil and the management of insects, weeds and fungi are among the producer’s biggest tasks if they want to produce more food with less damage or disease.

The Latin suffix “cide” refers to killing, and in this context it can be by either direct or indirect absorption, consumption, or respiration. Pesticides target, essentially, pests. These can be insects, slugs and snails, fungi or disease-causing organisms. Even rodents can be targeted. Herbicides and fungicides are considered to be pesticides. 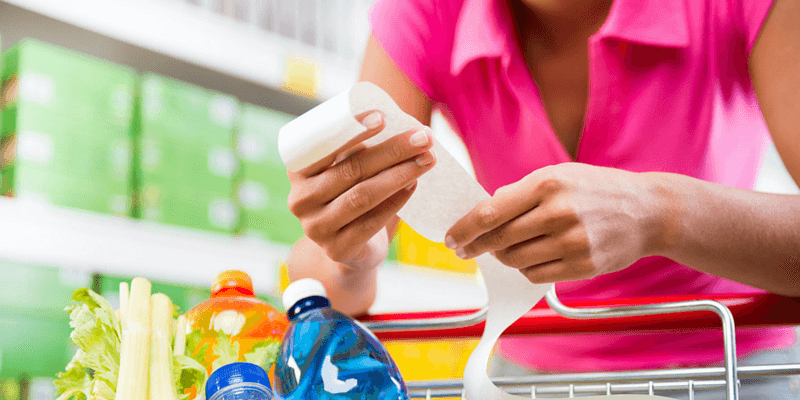 The cost of switching to organic

In 2008, the ABC ran an article comparing the cost of organic to non-organic at various locations. In the supermarket, the items were 32% higher, but let’s look at the breakdown. The conventional foods, purchased at the supermarket, were $13.36. The organic varieties cost $27.84. At an organic supply store, it shot up to a staggering $41.20. Of course, we’re 7 years on from that comparison, and since then organic produce has enjoyed a wider market, and therefore we expect prices have decreased.

In 2014, PHD student Liz put a series of foods to the organic/non-organic test. It’s worth examining the cost comparison:

To continue the theme, the same comparison showed organic diced tinned tomatoes at twice the price, zucchinis at more than three times the price, and organic spinach faring better at only 20% more than the convention kind. There’s little doubt that organic foods come at a price, so the questions is, is it worth paying more? 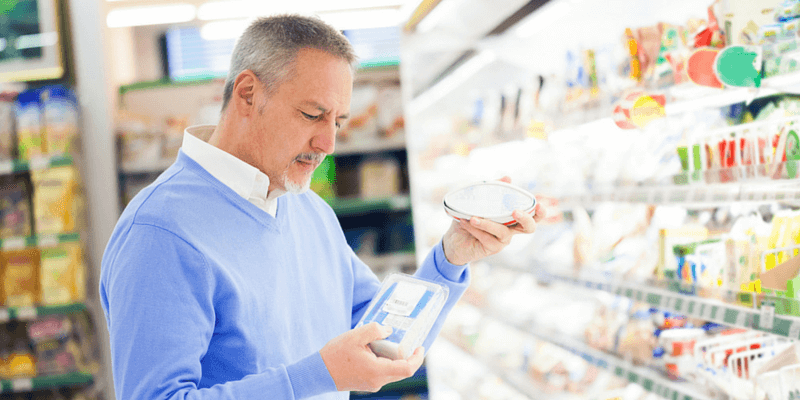 Why is organic so much more expensive?

Organic agriculture is undoubtedly more expensive by considerable amounts, and for good reason. According to the prestigious Nature publication, the yield from organic crops is lower by 3% for strawberries, 11% for soy, and as much as 34% for other crops. This can result in lowered revenue, unless the wholesale price is raised and ultimately passed onto the consumer. Other reasons include:

But is the additional cost really worth it? Maybe not, concluded researchers from Stanford University, who analyses decades of previous studies on organic and conventional vegetables, fruits and meat. The study stated that there are no obvious advantages overall, aside from crop rotation, which achieves healthier soil, but over a prolonged period of time. 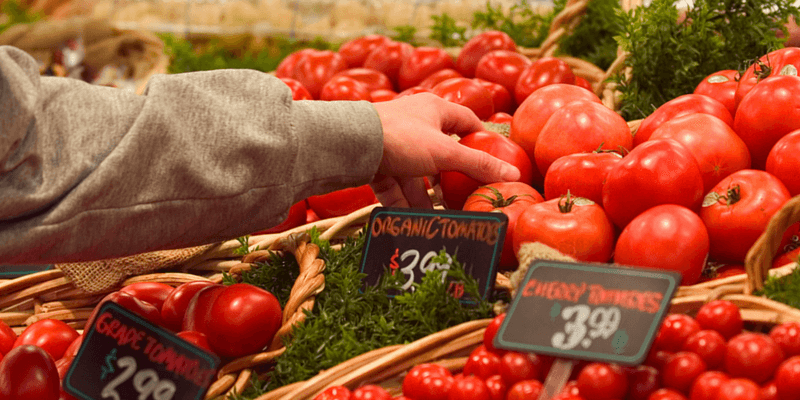 There is a lot of opinion posing as fact out there, and it’s often hard to evaluate the claims from a scientific standpoint. Social media is a major influence when it comes to contentious topics such as organic vs conventional produce, and often articles are shared that come from ideologically-driven authors. It’s typically hard to tell if what you’re reading is accurate and well-informed. So what stands up to scrutiny? Evaluating claims can be tricky. That’s why we’ve done it for you.

This is a common misconception. Although this may be the case for some farmers, most still need to control the things that pose a threat to the success of their crops. Largely, this is a myth – organic produce has simply been exposed to different kinds of pesticides, which may or may not be better overall.

Organic sprays are those which are derived from naturally occurring ingredients – often from other plant species that have evolved to deter pests by producing a property that either kills or deters them. In other instances, naturally occurring substances are combined to make a pesticide – such as copper sulphate. Copper sulphate has a toxicity level high enough to kill farmers who accidentally absorb or ingest it. This is an example of organic produce relying on toxic sprays despite being a naturally occurring compound. Because these non-synthetic sprays are less targeted than their laboratory-designed counterparts, farmers often have to use more of it to achieve comparable efficacy.

This one should be settled by the consumer, right? The consumer consistently rates organic foods as more palatable. Well, it’s actually a little more complex than that. We all have our biases, and expectation is a strong driver of how we perceive taste. In a now-famous study that put expert wine-tasters under the microscope, double-blinded testing showed that 90% of the tasters judged the properties of the wine inconsistently. So when it comes to organic and the same conditions are applied, does it fare any better? Well, in most instances, blind-tasting organic produce resulted in comparable results, or occasionally worse ones. These tests have been replicated again and again.

According to Choice magazine, Australian animals bred for meat and dairy products that are certified organic require that the animals must have access to natural pastures. They must also forgo some of the more uncomfortable practices that we hear about the meat industry, like premature weaning and confinement. Antibiotics are not used routinely, and feed, even the grass, must be certified organic as well. This claim stands up to scrutiny, and is something to consider when purchasing meat. Ensure that the product is certified by a recognised body, though – misleading advertising may result in a conventionally farmed product. 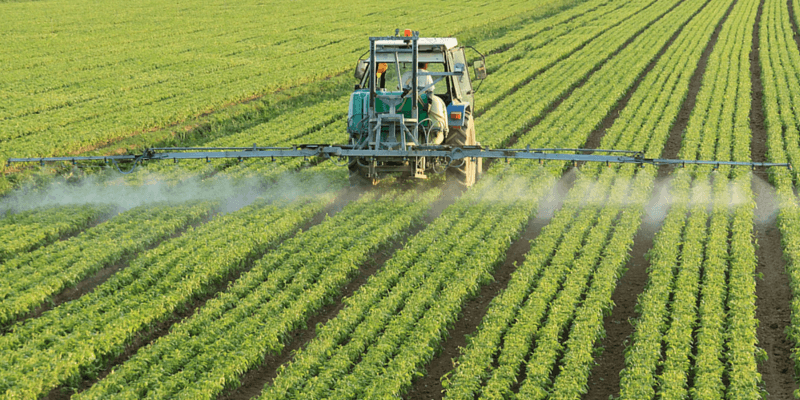 Another common concern for consumers is that non-certified organic foods are associated with multiple health problems. Although this was once a great unknown, major studies suggest that, not only does organic not equal safe, but risks associated with both organic and non-organic foods can be mitigated by correct farming practices and consumer hygiene.

If you want advice on your dietray choice, you could get extras cover with a comprehensive health insurance policy: Compare providers here

The synthetic pesticide options are more targeted, and therefore more efficacious on the whole. Despite the fact that higher amounts of residue are found on industrially-produced crops, they almost always fell within set safety limits and are reduced by thoroughly washing the foods before eating or cooking. Food labelled as organic needs to be washed just as diligently. Synthetic pesticides have been in use, at least in the US, since the 1930s after the detrimental use of naturally-occurring arsenic and lead, and some trial and error has eventually resulted in concoctions that are widely considered to be safe.

An example of a harmful synthetic pesticide is the once widely-used DDT, which is now banned in all but the most impoverished countries after several health impacts were linked to the product. The fact that these products can be evaluated and taken off the market provides some peace of mind for consumers.

Buying local food helps local farmers no matter how the food is grown. Where you buy the food is also important – you can visit your nearest Farmer’s Market to source locally grown produce, or to support Australian farmers, avoid imported products when Australian-grown options are available. Country of Origin labelling is protected under our labelling laws.

This sentiment is in direct contrast to the high-level reviews done on the topic, which conclude that, although consumers may be exposed to less pesticide residue and antibiotic-resistant bacteria (which are killed by cooking), there is a lack of evidence to suggest that organic foods are more nutritious or healthy. Further, a study investigating the long-term exposure to glyphosate (often referred to as carcinogenic and poisonous) by farmers showed no discernible increase in cancers. There was a possible correlation between glyphosate exposure and a cancer called multiple myeloma, but this was by no means definitive, and the authors of the study urged for further research to determine causation.

Claim – Organic is better for the environment

Fairly recently, researchers from Oxford University examined the environmental impacts of organic farming in Europe and compared it to conventional farming in a review of 109 separate high-quality studies. They found the following: 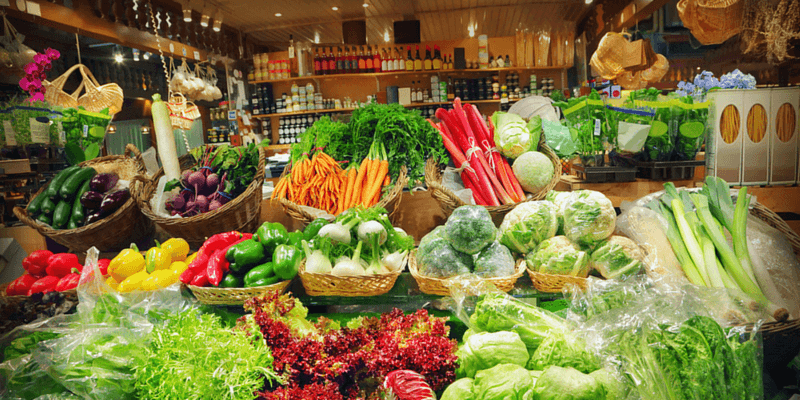 So where does this leave the consumer?

There are a range of things to consider when you do your grocery shopping, but personal preference will always win out. If you judge organic produce to be worth the additional cost, there is nothing inherently wrong with that decision. You may choose to buy conventionally farmed fruit and vegetables, but opt for organic meat for ethical reasons. That’s fine too. If it comes down to taste or health concerns, and the available science still leaves you doubtful, buying organic may make you feel better about your choices.

For those that opt for conventionally farmed produce because they don’t buy the marketing claims, or they’ve assessed the available information and made a judgement call, it’s comforting to know that you’re probably not putting yourself or your family in any danger. At the end of the day, you have to be satisfied with how you spend your money, and nobody can argue with that.