How to find out if you have unclaimed money Wouldn’t it be nice if you had a little extra money with your name on it – that you didn’t even know you had?

Whether it’s from an inactive bank account or from shares in your name, you might have unclaimed money waiting for you to retake ownership. In fact, according to MoneySmart, there are over one billion dollars in Australia of unclaimed money as of 16 December 2019.[1]

Wait – I might have money I don’t know about?

Through the busyness of life, it’s possible that you might have money in your name from investments, shares, life insurance policies, and lost everyday transaction bank accounts and savings accounts. This typically happens if you move addresses but forget to update your details with the bank or financial institution. ‘Lost money’ can also occur if all beneficiaries don’t claim a deceased’s estate.

Once the bank account holding the money hasn’t had any activity within seven years, the financial institution the account was held will classify the funds as unclaimed money.

Where does unclaimed money go?

Most unclaimed money is sent by the financial institution holding it to the Australian Securities and Investments Commission (ASIC), who then transfers it to the Commonwealth of Australia Consolidated Revenue Fund. This fund is owned and managed by the Federal Government.

Unclaimed money from wills and estates, however, is sent to state and territory public trustees.

The good news is, claiming these lost funds back isn’t that difficult.

How do you find unclaimed money in Australia?

You can use ASIC’s MoneySmart online unclaimed money search tool to see if they have any unclaimed money listed under your name. Should you find a result, you’ll need to note down the Original Transaction Number (OTN) which appears under your name, and then make a formal claim to recover your unclaimed funds directly with the provider the funds were held with previously.

On top of ASIC, you might have other places to search for unclaimed funds. You can also search through public trustees and state revenue office websites to look for any unclaimed money in your name.

You can also look for other types of unclaimed money, such as lost superannuation through the Australian Taxation Office (ATO) or unpaid wages via the Fair Work Ombudsman.

A note on unclaimed money scams

Some scammers may target you and send a message saying that you can claim some unclaimed money, whether you’re actually legally entitled to any or not. The Australian Competition and Consumer Commission Scamwatch resource notes they may pose as a lawyer, foreign official or banker and ask you for credit card details or payment to secure the unclaimed funds.[2]

You should double-check through MoneySmart and the official State Government bodies responsible for unclaimed funds, shares and inheritances, then follow the process in MoneySmart’s unclaimed money search tool for any actual funds you’re legally entitled to.

Is there a time limit on claiming lost funds?

ASIC’s MoneySmart states there is no time limit on submitting a claim for lost money in your name, and that you can file a claim at any time.[3]

What happens to inactive bank accounts?

If you have a bank account that doesn’t receive any deposits or withdrawals within a period, your bank will deem your account inactive. From there, where the account has a balance greater than $500 the bank sends the funds to ASIC, who holds the money in the Commonwealth of Australia Consolidated Revenue Fund.

Interest is calculated from 1 July 2013 to 14 days after a claim receives approval, as noted by MoneySmart.[6] This 14-day grace period is designed to give time for successful claims to be processed.

How do I find out if I have unclaimed shares in my name? 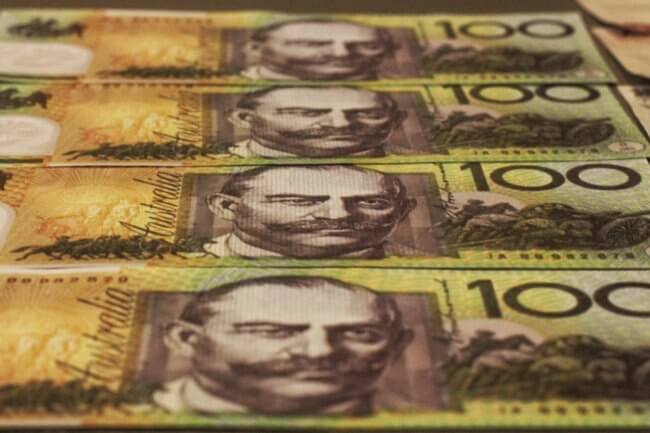 You can find out if you have unclaimed money from shares in your name by using the MoneySmart online search tool from ASIC. If you do have money from lost shares, it’s listed as either ‘company money’ or ‘company gazette’ in an unclaimed money search. The difference depends on whether the company sends the money to ASIC (company money) or holds the money and provides ASIC with your name and details (company gazette).

Claiming lost shares works differently depending on whether they’re ‘company money’ or ‘company gazette’. The claiming process also depends on whether you’re claiming as an individual, a liquidator, an executor of a deceased estate or another position.[7]

To learn more about claiming lost shares, you can visit MoneySmart’s guide, which includes steps for claiming ‘company money’ and ‘company gazette’.

Can I lose super if I have multiple or inactive super accounts?

It’s possible to lose track of your super, especially if you’ve:

New laws from 1 July 2019 mean low-balance or inactive super accounts will be closed, and the ATO will move your balance into active super funds for you, which can help you have a little more when you retire.

Super funds identify lost super on 30 June or 31 December. The super fund has a 16-month window to transfer those funds to the ATO. Should your super fund hold your lost super, you can contact them to find out more information and decide what you want to do with your super balance.

Once the ATO holds the lost super, it will be linked to your tax file number. You can reclaim lost super by creating a myGov account and linking it to the ATO.

Remember, it pays to be aware of how many super accounts you have, as each account will charge you fees. These fees will eat away at your balance over time.

How do I stop my money from becoming unclaimed?

Beyond simply adding small deposits to your bank account to keep it active, a key step to keeping your money from going unclaimed is to update your details with your financial institution each time you move house or your contact information changes.

How financially conscious are you?

Does money make you stressed, or do you feel confident when it comes to financial matters? Take our Financial Consciousness Index Quiz to see how you score compared to other Australians.