Why we should get our teens interested in finance

Ryan Gosling summed up banking quite nicely in the film The Big Short: ‘Does it make you feel bored? Or stupid? Well, it’s supposed to.’

But why should it make us feel so uncertain when we can use it to our advantage?

This becomes especially important if we don’t want to pass these same feelings about personal finance on to our kids.

In order to do this, we need to better understand how we all feel about money. 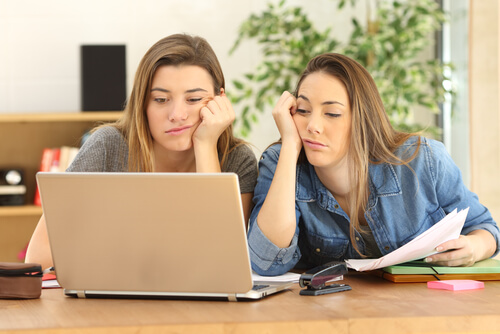 The Australian Securities and Investments Commission (ASIC) sheds light on our attitudes and behaviours when it comes to money. Here’s what they found:

The Financial Consciousness Index (FCI), commissioned by Compare the Market and developed by Deloitte Access Economics, tested 3,000 Australians’ belief in their ability to influence their financial outcomes, as well as their willingness to make a change to improve financial well-being.

But a significant 60% of Australians didn’t meet the basic threshold for financial literacy.[2]

It would seem us Aussies have room to improve when it comes to money smarts, but how are our children performing by comparison?

Are Aussie kids prepared for the financial commitments of adulthood?

Australian school students perform well when it comes to the financial literacy proficiency scale, with 15% of Australian students in the top percentile compared to 12% from many other countries.[3]

Economics has mostly been replaced by business studies, which has seen year 12 enrolment soar to over 15,000 students in 2016 since its introduction to Australian classrooms in 1991.[7] Business studies classes are seen as easier to understand and more relevant to students when it comes to their future than economics.[8]

While they might not be interested in studying economics in high school, our children are exposed to money regardless. ASIC’s data shows that in 2017: 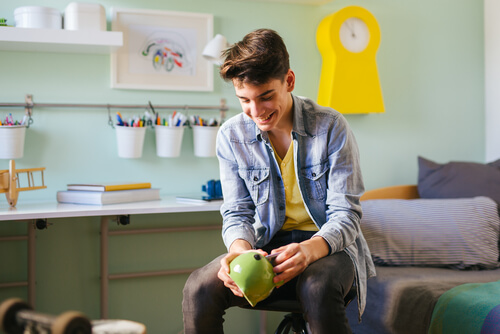 However, back in 2015, the Programme for International Student Assessment (PISA) surveyed 15-year-olds to assess their readiness for life beyond school. 1 in 5 of those surveyed did not reach the baseline proficiency score for financial literacy.[10]

Start with yourself when it comes to financial literacy

Jacqui Dwyer, Head of Information Department at the Reserve Bank of Australia, stated in 2017 that, ‘… economics can be used to explain or debate much of the world in which we live.’[11] The study of this subject could be invaluable to our kids’ future, as long as they know how those skills will translate into different jobs.

Economics is one of the top paying fields for post-graduate university students working full-time (following IT and Engineering). Furthermore, those with economics degrees generally enjoy lower unemployment compared to other jobs.[12]

Teaching children about money is important to help them develop financial prowess and money managing skills from an early age so that they’ll be better prepared for the future.[14]

If you want to find out about financial consciousness, first take our quiz to see how you score when it comes to understanding and managing your finances. Once you understand your shortcomings, you can fix up your own habits before you consider which ones you’ll pass on to your kids.