Fearing change: More than 1 in 3 Aussies worry about losing their jobs

A major new national study has revealed that 4.8 million[1] Australians feel little job security, which is mainly caused by concerns about change in the workplace.

Leading financial product comparison service comparethemarket.com.au, together with Deloitte Access Economics, have released an in-depth report which tested 3000 Australians’ belief in their ability to influence their financial outcomes, their willingness and sophistication to make a change to improve their financial wellbeing, and how secure they feel, both now and in the future.

The Financial Consciousness Index revealed that 38 per cent of Australians worry about, or feel very little, job security. Younger generations and those earning below the average wage are the most concerned, with almost half (47 per cent) of those earning below $70,000 and 42 per cent of millennials feeling insecure in their current job roles.

The report found that change was the leading factor causing Aussies to worry about their job future, with 39 per cent of respondents fearing that the changing workplace structure will leave them unemployed. According to Deloitte Australia[2], it is a combination of several external factors – demographic change, globalisation, digital disruption, and changing social values and worker expectations – currently at play that is radically changing workplace structures and business models.

Over a third (36 per cent) felt insecure in their current jobs as they were in a casual or part-time position and were trying to find a permanent role, while a further 30 per cent fear redundancy. Interestingly, a quarter (24 per cent) worry that broader economic conditions could impact their employment.

Rod Attrill, General Manager of Banking at comparethemarket.com.au, said: “Although unemployment rates decreased to 5.3 per cent in August[3], the disruption of traditional workplace structures is clearly having an impact on the psyche of Australians. The fact that a third of us feel insecure about the future of our current position means not enough is being done to address this shifting structure.

“Job security is crucial to person’s financial wellness, and can therefore cause a lot of stress for people who worry about being out of work, especially without the savings or financial safety blanket to fall back on. With ballooning mortgages to pay, bills to worry about, and ever-increasing grocery costs, our Index revealed many Aussies just don’t have the savings to be without an income for more than three months, and some would resort to relying on government benefits.” 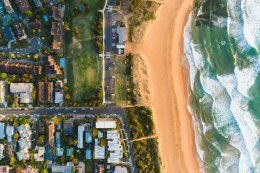