A quarter of Australians survive on less than six hours sleep a night, and one-fifth are kept awake worrying about paying their bills on time, according to new research from comparison website comparethemarket.com.au.

A survey of 1000 respondents across the country, suggested that the majority of Australians fall far short of getting the recommended* seven to nine hours sleep per night, and it’s primarily work and money difficulties that keep people awake.

“Failing to sleep well doesn’t just mean dark circles under your eyes; our research suggests that nearly three-quarters of people (72.5 per cent) feel a bad night’s sleep directly affects their mental wellbeing, impairing their concentration and ability to think quickly on their feet. Some 17.9 per cent of respondents said lack of sleep prevents them from doing their jobs properly, which only exacerbates the things keeping them awake at night – it’s a vicious circle,” said Abigail Koch, spokesperson for comparethemarket.com.au.

It takes nearly one-third (31.8 per cent) of Australians more than 30 minutes to fall asleep each night, and two-thirds (62.9 per cent) still feel tired when they wake up in the morning. This leaves them feeling physically weaker, and more prone to pick up coughs colds and minor illnesses.

When asked what people would give up to get a better night’s sleep, over a third of women (33.9 per cent) said they’d sacrifice sex with their partner to get some shut eye. Only 21.6 per cent of men agreed. People in a relationship (38.7 per cent) or married (27.4 per cent) are most likely to trade in sex for sleep, whereas only 17.7 per cent of dating Australians would give up on nookie for an early night.

The most common thing people would sacrifice to catch up on their sleep is a night out – it seems half of Australians (50.0 per cent) would prefer to be tucked up in bed than out on the town. Exercise also takes a back seat, with a third of tired Australians (31.4 per cent) saying no to working out in an attempt to get a good night’s sleep.

“Struggling to fall asleep next to a snoring partner is a real problem for 21.9 per cent of women and 12.6 per cent of men that responded to our survey. It’s not just the ‘snorees’ that suffer as a result of their partner’s snoring, over 10 per cent** of ‘snorers’ suffer from a condition known as sleep apnea, which not only affects the quality of their sleep, but can also lead to serious health issues,” said Abigail.

More than three-quarters of respondents with private health insurance were unaware that health funds can cover treatment and therapies for sleep disorders. Some comprehensive hospital policies can give a partial rebate for the cost of CPAP-type devices, which help snorers (and their partners) get a better night’s sleep.

Health insurance extras policies can also contribute to the cost of treatments and services that improve sleep wellbeing, such as remedial massages, acupuncture, nutritionists, as well as yoga and pilates classes.

“Given that so many Australians seem to suffer from at least minor sleep-related issues. It would be worth their while to reassess their private health insurance policy, to double check if they could be claiming for any treatments or services that could help them get a better night’s sleep. Or, perhaps they should think about switching to a policy that’s more relevant to their particular needs,” said Abigail.

To help people better understand the importance of healthy sleep, comparethemarket.com.au has developed a sleep calculator which advises people when to go to bed to achieve their optimum level of sleep. Simply select what time you want to wake up and the calculator will recommend the best time for you to go to bed based on the body’s natural sleep cycles. The calculator can be accessed here. 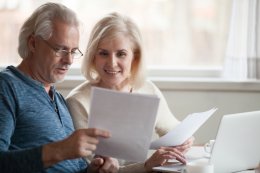