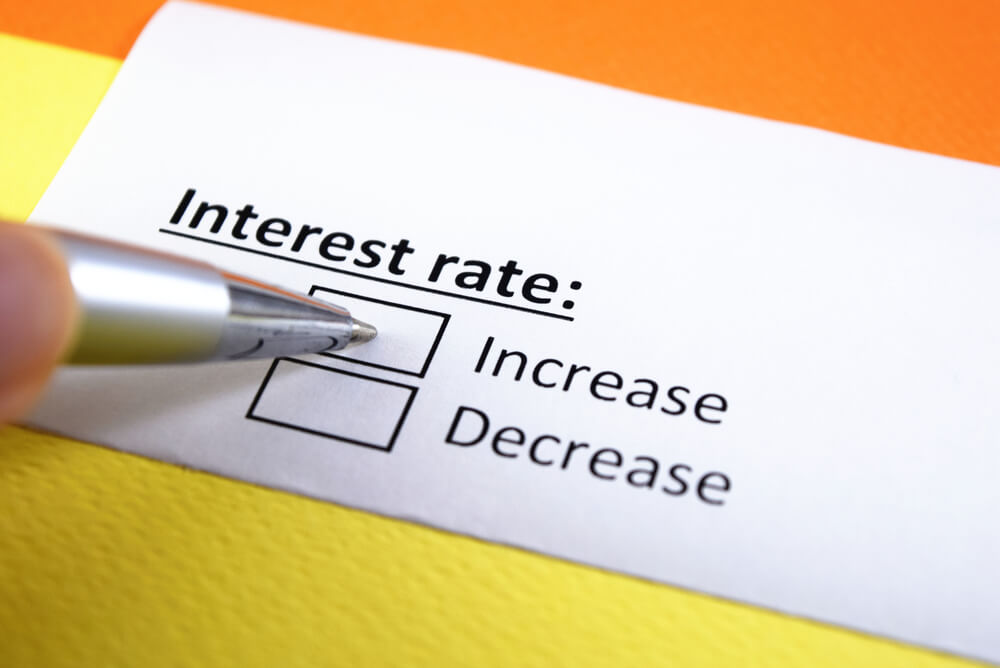 Nearly one-third of property industry experts expect mortgage rates to rise in the next 12 months, thanks to a Reserve Bank cash rate increase.

According to the latest ANZ-Property Council survey1 for June 2021, 30% of respondents said the RBA will raise the cash rate in the next year, which is up from 15% compared to March 2021.

Mortgage rates are closely tied to the cash rate historically, as it represents the cost of borrowing money for Australia’s banks.

The current record low cash rate of just 0.10% (last cut from 0.25% in November 2020) has resulted in mortgage rates falling to record lows, with the average owner-occupied home loan rate sitting at 2.42% p.a for new customers as of April 2021.2

The cash rate can’t stay at 0.10% forever, but ANZ senior economist Felicity Emmett believes it may be a bit longer than 12 months before we see an increase.

“It seems unlikely that the Reserve Bank will increase the cash rate over the coming year, given that wages growth and inflation remain very low and well below the RBA’s targets,” Ms Emmet said.

“Fixed mortgage rates, however, have already begun to rise and are likely to drift higher over the next few months.” 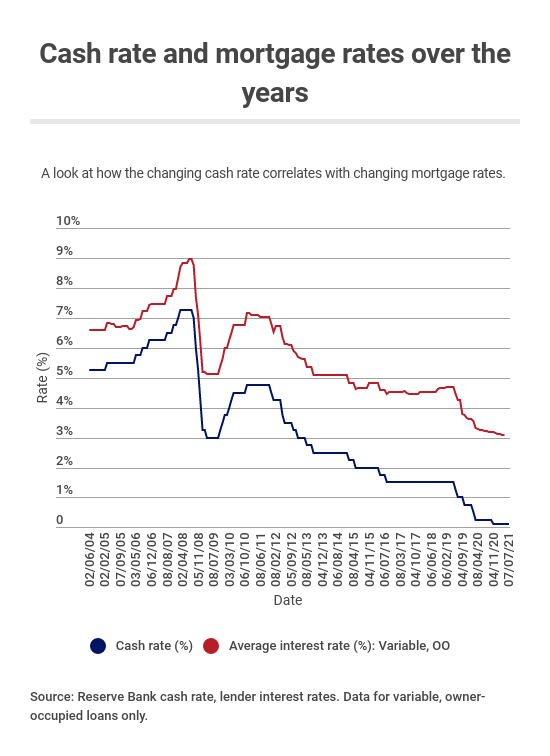 When then, will the cash rate be increased?

The official stance on when the cash rate will next be increased from the RBA itself is not for a few years – 2024, to be exact.

The RBA has been saying this for a while, but in its most recent cash rate announcement3, Governor Philip Lowe said, “it will not increase the cash rate until actual inflation is sustainably within the 2 to 3% target range.”

He added: “For this to occur, the labour market will need to be tight enough to generate wages growth that is materially higher than it is currently. This is unlikely to be until 2024 at the earliest.”

The government also expects this to happen, as the 2021 Federal Budget papers refer to this4:

“Accommodative monetary policy settings are expected to remain in place for some time, with the RBA not expecting conditions to warrant an increase in the cash rate until 2024 at the earliest.”

All that financial jargon can be explained another time, but what that means for the average Australian is their mortgage rates might not see a substantial increase for a few years.

The only problem is, there are plenty of experts who think this won’t happen.

The major banks say: cash rate rise could happen in 2022

Economists from the major banks have all chimed in with their own predictions in recent months, and all of them bar NAB predict a change sooner than 2024.

“By late 2022 there is likely to be a euphoric mood amongst consumers and businesses, as COVID-related disruptions to day-to-day life are a thing of the past,” he said.

Westpac chief economist Bill Evans also said this week the bank was forecasting the first rate rise to occur in the March quarter (January 1 – March 31) 2023 and will finish that year at 0.75%.

“The unemployment rate is expected to reach 4% (full employment) by June 2022 and inflation will be above 2% by end 2022 – no longer requiring the COVID emergency rate settings,” Mr Evans.

Many economists have also forecast the next interest rate rise to occur well ahead of the 2024 timeframe set by the RBA. 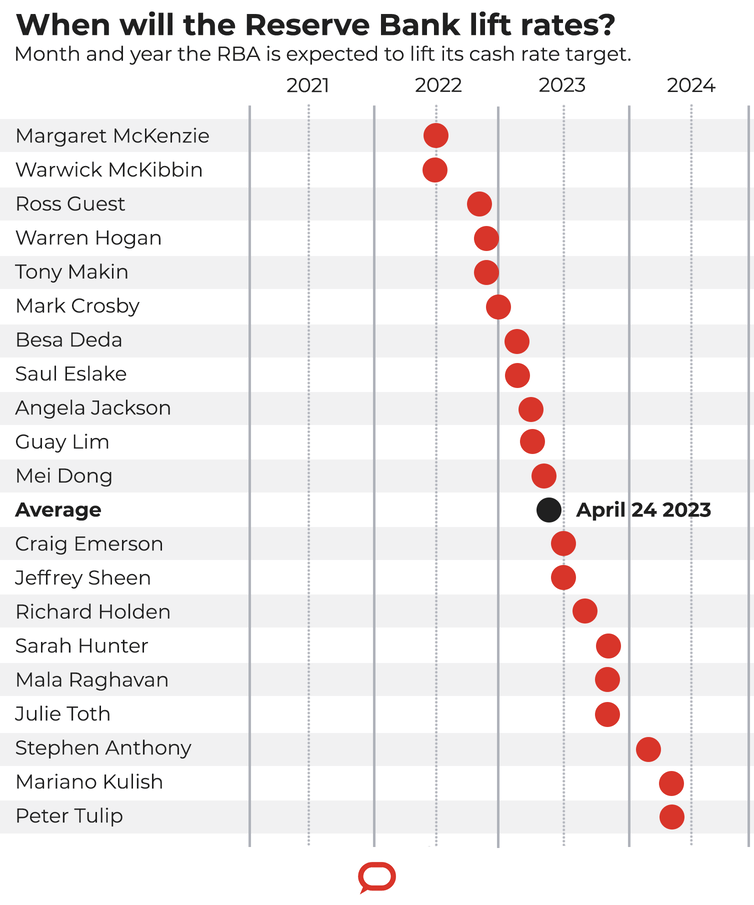 How will a cash rate increase impact mortgage repayments?

If you own a home and have a mortgage, you are almost certainly going to be impacted by any future RBA changes.

From 1990 to the end of 2010, the Reserve Bank cut rates 28 times and increased them 27 times, and home loans have always followed these changes very closely.

While there’s no way to know exactly when the cash rate will next be increased, it’d be wise to assume that it will happen sometime, and when it does, mortgage repayments can be significantly impacted.

Using the average home loan size of $512,655 (Australian Bureau of Statistics6), the average owner-occupier interest rate of 2.42% p.a and monthly principal and interest repayments, then the repayments on this 30-year loan would see the following changes:

If a home loan interest rate perfectly followed these expected cash rate changes, then your home loan repayments in this instance would rise by more than $300 a month – more depending on your individual interest rate and loan size.

You can see in the table below just how much of a difference interest rate increases can make to the same home loan’s monthly repayments:

A cash rate increase of around 1% can lead to hundreds of extra dollars in repayments each month.

How can you prepare for an increased cash rate?

Record low interest rates mean that even though house prices and mortgages are bigger than they have ever been in Australia, the share of repayments as a percentage of household income is smaller than it has been previously.

In 2008, this ratio peaked at 37.5%, meaning more than 37% of take-home pay was being spent on mortgages – well beyond the official definition of mortgage stress, which is 30%.

Now, however, the debt-income ratio for mortgage repayments is just 22% on average: 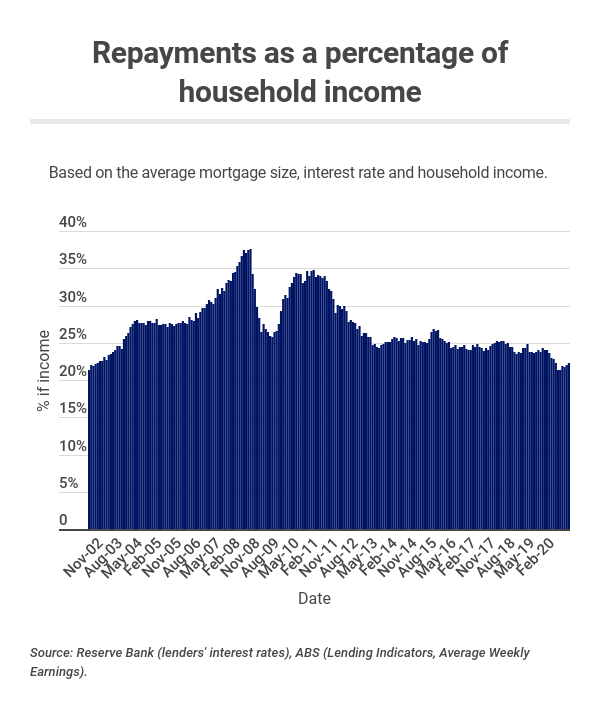 But our interest rates have been so low for long enough that it could lead to mortgage complacency.

The latest Financial Consciousness Index (FCI) from Compare the Market7 found that more than one-third of Australians never check the cash rate, and of those Australians, 30% had no interest in doing so and 28% didn’t see how it was relevant.

But as we’ve explained, it’s very relevant. Recent estimates show a 0.5% increase in the cash rate could increase mortgage stress from one in four households to one in three, while a 2% cash rate rise would throw half of all mortgaged households into stress.8

Our research revealed a whopping 68% of mortgage holders have not done a stress test on their mortgage, which can be as simple as taking their current home loan information and inputting a new, higher interest rate to see what they could reasonably afford.

To prepare for a potential increase in future interest rates, homeowners today could consider:

Our online home loan comparison tool can help you identify some affordable home loan options with competitive rates and low fees, to help you get ahead of your home loan repayments and weather any oncoming cash rate storm.