Motorists around the country are being advised to shop around for the cheapest fuel when filling up this long weekend, according to our latest quarterly petrol analysis.

The free comparison website updates its petrol price data three times daily across all major Australian cities. It analysed the average cents per litre (cpl) of unleaded petrol in Sydney, Melbourne, Brisbane, Adelaide, Perth and Canberra this September quarter to gauge where prices were in their cycles in each city, and whether they were set to drop or rise this weekend.*

Petrol prices in Sydney and Brisbane are expected to rise in the lead up to the weekend, while Melbourne and Adelaide prices are already starting to ease.

Perth’s peak will be occurring this Tuesday (1st October). The good news for all cities, however, is that petrol prices – even if they are climbing – are now lower compared to the previous quarter.

Rod Attrill, finance and household savings expert at comparethemarket.com.au, says: “In the September quarter, Aussies have been paying less for petrol on average across the country, at 142.1cpl, compared with 144.4cpl in the June quarter – an average fall of 2.3cpl. Sydney motorists have been paying the lowest for fuel, at 139.4cpl, while Adelaide prices have been 5.4cpl higher – making it the most expensive city for petrol across the country.”

“In the lead up to the October long weekend, even if your state won’t enjoy the extra day break, we advise motorists to shop around in their area, and even beyond, to find the most competitive deals before filling up. Free comparison sites and apps such as comparethemarket.com.au allow motorists to compare a range of fuel prices right at their fingertips, to ensure they find the best price at the bowser.”

Motorists in Sydney continue to pay the least for petrol than any other city – an average of 2.7cpl less than the country’s average. The Blacktown sub-region reported the lowest prices over the quarter, at 135.8cpl, while the most expensive petrol could be found in the Eastern Suburbs, averaging 146.7cpl. As of Sunday night, Fairfield Heights had the cheapest petrol in the city, at 130.9cpl. Katoomba was 44cpl higher than Fairfield Heights, and was also the most expensive suburb in the country. It’s expected that Sydney fuel prices should continue to rise into the Labour Day long weekend – as part of its normal price cycle – so motorists should shop around for the cheapest deal at the bowser.

Although Melbournians won’t take advantage of the upcoming long weekend, they have still been paying the second highest cost for fuel, at 142.8 cpl. Motorists filling up in the Greensborough/Ivanhoe sub-region have been paying the most at the bowser, at 146cpl on average, while petrol in Footscray has been an average of 7cpl cheaper. As of Sunday night, Brunswick East has had the cheapest petrol, at 141.2cpl, while Melton has been the most expensive, averaging 167.9cpl. With Melbourne fuel prices peaking last Tuesday, motorists can expect prices to continue to fall in the short term. As such, it’s suggested that people top up, rather than fill up if possible, until prices ease further.

Brisbane motorists should expect to see fuel prices continue to rise into the long weekend. Over the quarter, motorists in the river city have been paying an average of 142.6cpl. The cheapest petrol in Brisbane could be found in the West Brisbane sub-region, with a quarterly average of 139.5cpl. Meanwhile, Far South Brisbane has had the most expensive fuel, at 144cpl. As of Sunday night, Richlands has been the suburb with the cheapest petrol, at 133.9cpl on average. Motorists are being advised to shop around to find the cheapest deal before filling up, as prices are continuing to rise into the long weekend.

Adelaide motorists have been paying the most for petrol over the quarter, at 144.8cpl, however this was still cheaper than last quarter’s average of 145.4cpl. The cheapest sub-region for motorists to fill up has been in the Western and Beach Suburbs, with a quarterly average of 143.1cpl, while the Eastern Suburbs have had the highest prices, at 147.1cpl. Adelaide motorists may have seen prices at the bowser peak last week, but now they are starting to ease off. It’s good news for drivers hitting the road this long weekend, as prices should continue to fall.

As in Melbourne, Perth motorists won’t be celebrating the extra-long weekend, however prices are expected to rise sharply this Tuesday (1st October). Over the quarter, motorists have been paying an average of 140.3cpl at the bowser, 3.8cpl cheaper than last quarter. The sub-regions have not varied too much in petrol pricing across the quarter, with the East Region recording the lowest prices at 139.3cpl, while the North Region was just 1.2cpl more expensive. As of Sunday night, the cheapest suburb in the city for petrol was Bassendean, at 134.8cpl.

Motorists in the capital have been paying an average of 142.7cpl at the pump – this sits just above the national fuel price average for the September quarter. As of early this week, the average price for unleaded fuel has been about 148.9cpl, with prices ranging from 138.7-149.9cpl. The cheapest suburb to fill up petrol, as of Sunday night, was Fyshwick, at 147.9cpl. In the lead up to the long weekend, motorists may need to venture further to find a better deal at the pump.

* All figures contained in this release have been taken from original data supplied by MotorMouth Pty Ltd. This commentary is speculative given petrol prices for the future are subject to various factors beyond comparethemarket.com.au’s control 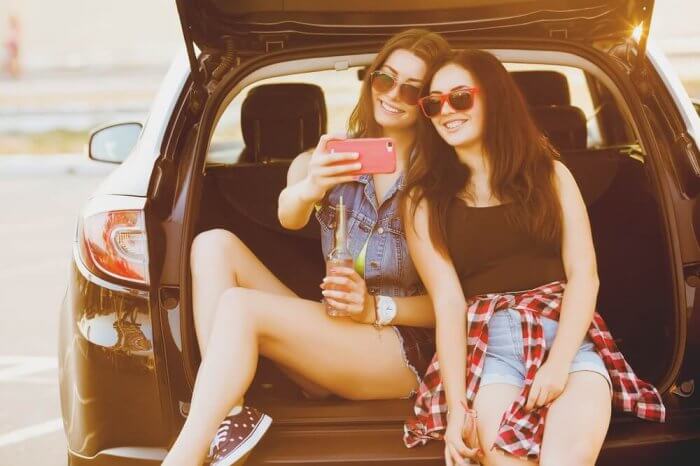