How do people in Australia, Canada and America view their healthcare system?

Access to safe and affordable healthcare is paramount for a well-functioning society, and recent worldly events have proven just that. However, as much as the healthcare systems around the world persevered in the past few years, there are still some people out there who were not satisfied with the services they received.

To find out more about the potential perceptions and feelings people have towards their and other countries’ healthcare systems, health insurance comparison site, Compare the Market surveyed 504 Australians, 1,008 Americans and 1,003 Canadians to gauge their thoughts on the matter.

One in two people are delaying medical care

The first thing that we wanted to know was whether people had ever delayed getting the healthcare needed.

Overwhelmingly, almost half of the population in all three countries surveyed (44.4% of Australians, 47.7% of Canadians and 49.1% of Americans), came back saying that they had delayed getting the medical care they needed. 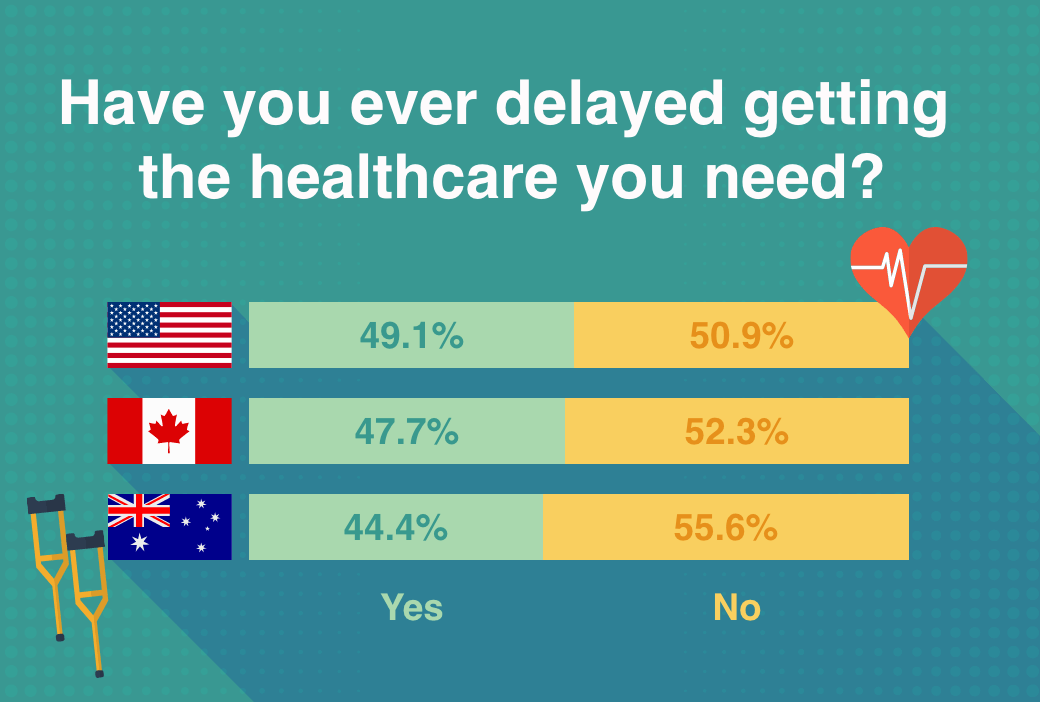 We also asked those who had delayed getting medical care for the reasons why and found that the most common answer was either because of the long waiting periods to get in front of a medical professional, or that the cost of care was simply too expensive.

Top three reasons why people avoided going to the doctors.

Some other reasons that were also prevalent in causing healthcare visit delays were the anxiety of catching COVID-19 with a weakened immune system, ignoring symptoms and trying to ‘tough it out’, as well as anxiety about the diagnosis.

Those aged 18-24 in Australia and aged 25-34 in America and Canada, were also a head above the rest of the age groups, where over 55% of respondents said that they have previously delayed their healthcare.

While availability and accessibility of healthcare is important, the satisfaction of patients with their healthcare services and treatments also plays a great part in the trust people put into the system.

Our survey also found that the majority of Australians (48.8%) and Canadians (47.4%) were only somewhat satisfied with their country’s healthcare. This is in comparison to only 36.8% of Americans who were somewhat satisfied.

America had twice the rate of respondents that were extremely unsatisfied with their healthcare systems (9.4%), compared to that of Australians (4.2%) and Canadians (4.6%). 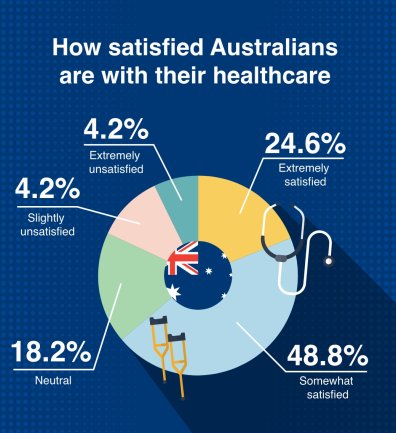 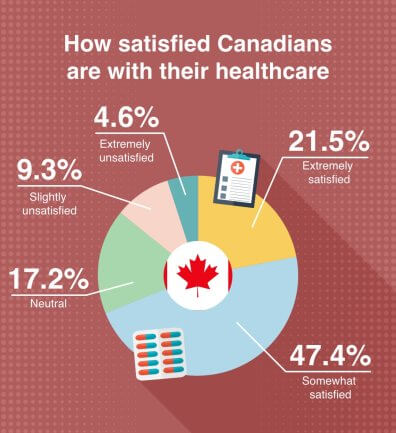 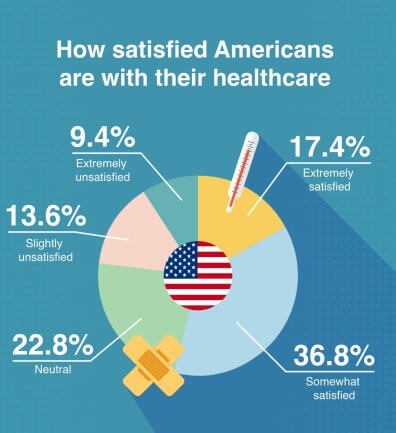 Healthcare affordability is the greatest concern for patients

All three nations listed the cost of medical treatment as a common reason for delayed healthcare. When we asked respondents how they felt about the cost of their country’s healthcare in general, over two-fifths of Australians and Canadians were in consensus that it’s somewhat affordable. For America, however, it was a different story, as more people (23.8%) thought that healthcare was extremely unaffordable. 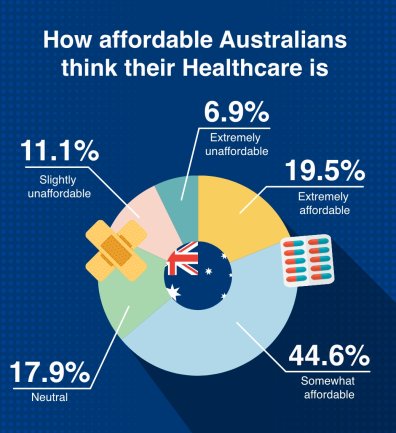 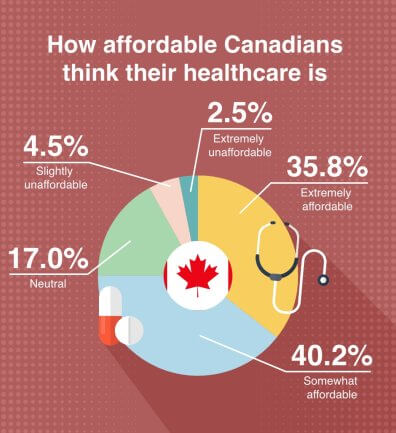 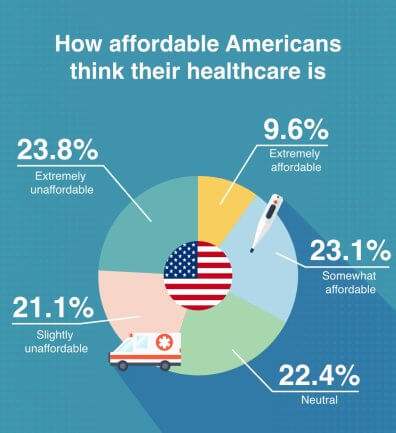 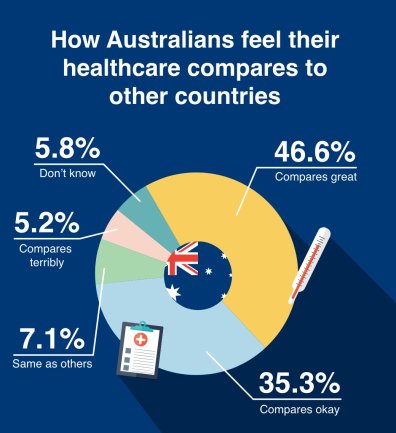 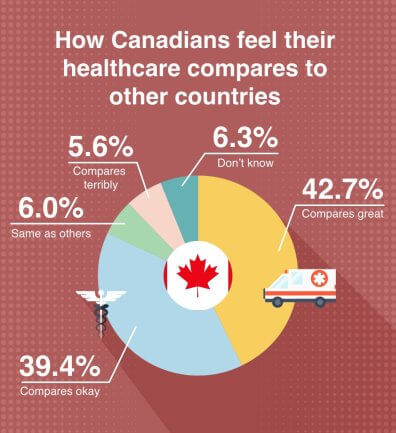 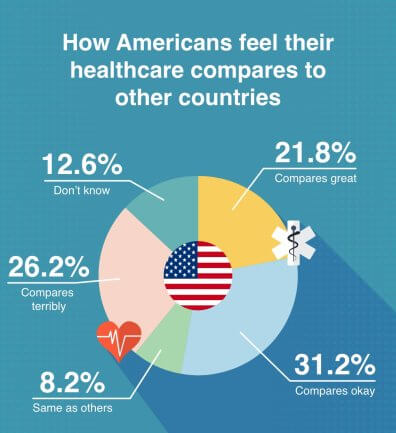 Getting checked out regularly is key for early detection

Compare the Market health insurance expert, Anthony Fleming, spoke on the importance of getting checked out when things don’t seem normal.

“We often dismiss small signs of health ailments, when they can be a sign of something more serious,” said Mr. Fleming.

“This can be due to a variety of reasons, but time and cost often play a large part as to why some people only find out about their diagnosis in later, less treatable stages.

“Making sure that people have easy, safe and affordable access to healthcare is paramount in ensuring that people make the initial steps toward getting checked and doing so often.

“It can be heartbreaking to find out something that you ignored for a while, was actually a very prominent sign of a serious illness that could have been treated earlier on.”

Time and money often are great drivers for certain behaviours but putting your health on the line to save a few dollars is a very risky business. This is why it’s important to consider health insurance, which can help you avoid public waiting lists for important medical procedures as well as help pay for the cost of your treatment.