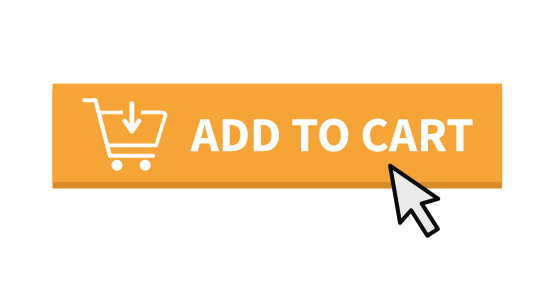 We live in the digital age.

While our grandparents pushed a trolley, we scroll and swipe our way down the shopping aisle.

But out of all our favourite online retail websites in the world, which bring in the most revenue?

We’ll compare these e-commerce behemoths by revenue, as well as Google search volume and number of employees. We’ll also compare two of the biggest players in the space – Amazon and Alibaba Group.

We’ve pooled the top ten online retail websites from the 2019 Fortune.com ‘Fortune Global 500’ list. We’ve sourced the revenue data from the 2019 annual report of each company.

Revenue is defined as income from normal business activities. It’s also often referred to as sales or turnover.

Click on the companies below to see more information.

Amazon is the largest (and most popular) online retailer in the world by revenue.

In 1994, Jeff Bezos started Amazon as an online book marketplace.2 Today, Amazon sells over 12 million products (not including media, like books or their streaming service); including electronics, household items and more. Known for their innovation, extensive product range, fast delivery and easy-to-use website, Amazon employs nearly 1 million people in 45 countries. According to their website, Amazon’s mission is to help customers ‘discover anything they might want to buy online.’

JD.com is the largest Chinese online retailer in the world by revenue.

JD.com was founded in 1998 by Liu Qiangdong.4 Originally called Jingdong, then 360buy.com, they changed the domain name to JD.com in 2013. The largest Chinese online retailer by revenue, JD.com has a similar business model and strategy to Amazon in that they both re-sell products under their brand name and deliver via their own network. JD.com sells a range of products in the retail category and, like Amazon, espouses a ‘customer-first approach’ (e.g. wide selection, quality products, fast delivery, easy returns).

Alibaba.com is an online marketplace where businesses can sell their products directly to other businesses. Over the last 20 years, the Alibaba Group has expanded into banking, technology, Artificial Intelligence and other areas of the online retail market. Jack Ma founded Alibaba in 1999 with a group of 18 friends from his apartment in China.6

Launched in 2008, Tmall is a subsidiary of Chinese online retail giant Alibaba Group. Formerly called Taobao Mall until 2011, Tmall is a B2C platform in the same vein as Amazon, where consumers can buy products from their brand (Tmall) and other brands.7

Founded in 2003, Taobao is a C2C marketplace like eBay in the United States where consumers can buy products (from other consumers) for a fixed price or via auction.8 Both Taobao and Tmall are based in Nanjing, China. Alibaba Group also have Aliexpress.com, the B2B arm of their set-up.

Vipshop or Vip.com is a Chinese online retail website.10 Founded by Eric Ya Shen and Arthur Xiaobo Hong in 2008, Vip.com partners with a range of brands, offering consumer products like clothes, sporting goods, cosmetics and home and lifestyle items. Known for their special offers and discounts, Vip.com has risen from USD$2.73 billion revenue in 2016 to USD$13.6 billion in 2019.

American software engineer Pierre Omidyar founded eBay in 1995. A C2C online retail website, eBay has an auction-style sales model with a ‘buy it now’ option.14 Most of eBay’s traffic comes from the United States, and the bulk of their top-selling products fall under the electronics and accessories category.

In the 2000s, eBay was so ingrained in western culture that ‘sell it on eBay’ became a common phrase.

Wayfair is an American online retail company – based in Boston – that sells mostly furniture and home goods to online consumers. Founded in 2002, Wayfair was originally called CSN Stores until 2011.16

Although most of their business is in the United States, Wayfair also operates in Canada and European countries like the UK, Ireland and Germany. Furthermore, Wayfair owns a range of other retail websites like Birch Lane.

Zalando was founded by Rocket Internet in 2008.

Based on the same business model as Zappos.com in the US (selling shoes online), Zalando expanded its offering to a range of consumer products, including clothes and cosmetics.  Zalando is exclusively European and only currently available in  countries like the UK, Italy, Spain, Ireland and France.

FlipKart is an online retail website that offers a range of products, primarily books, movies, electronics and consumer products. It was founded by two Indian technology entrepreneurs, Sachin Bansal and Binny Bansal (no relation). Interestingly, the two men worked for Amazon in 2007 before creating FlipKart in 2008.

Russia’s biggest online retail website, Wildberries sells mostly clothes, shoes and cosmetics.23 In 2004, Tatyana Bakalchuk founded Wildberries while she was on maternity leave from teaching. In 2019, Bakalchuk became only the second Russian female to become a billionaire.

As per their mission statement, Wildberries aim to make online shopping convenient and affordable.

It’s a company that sells products via a website rather than a traditional brick and mortar store.

There are three main types of online retail business models:

N.B. There is some cross-over. For example, Amazon allows both businesses and consumers to sell products using its website – so they’re technically B2C and C2C.

Why does China have so many booming online retail websites?

China is the world’s biggest e-commerce market, with over 50% of global online transactions taking place in the country.21 However, their enormous population is not the primary reason for this astounding statistic, but rather their first-class delivery services in conjunction with their lack of established brick and mortar stores.

Furthermore, the online retail market is booming because over 900 million of China’s 1.4 billion population are internet users.22

We’ve decided to compare the two biggest online retail entities in the east and west. 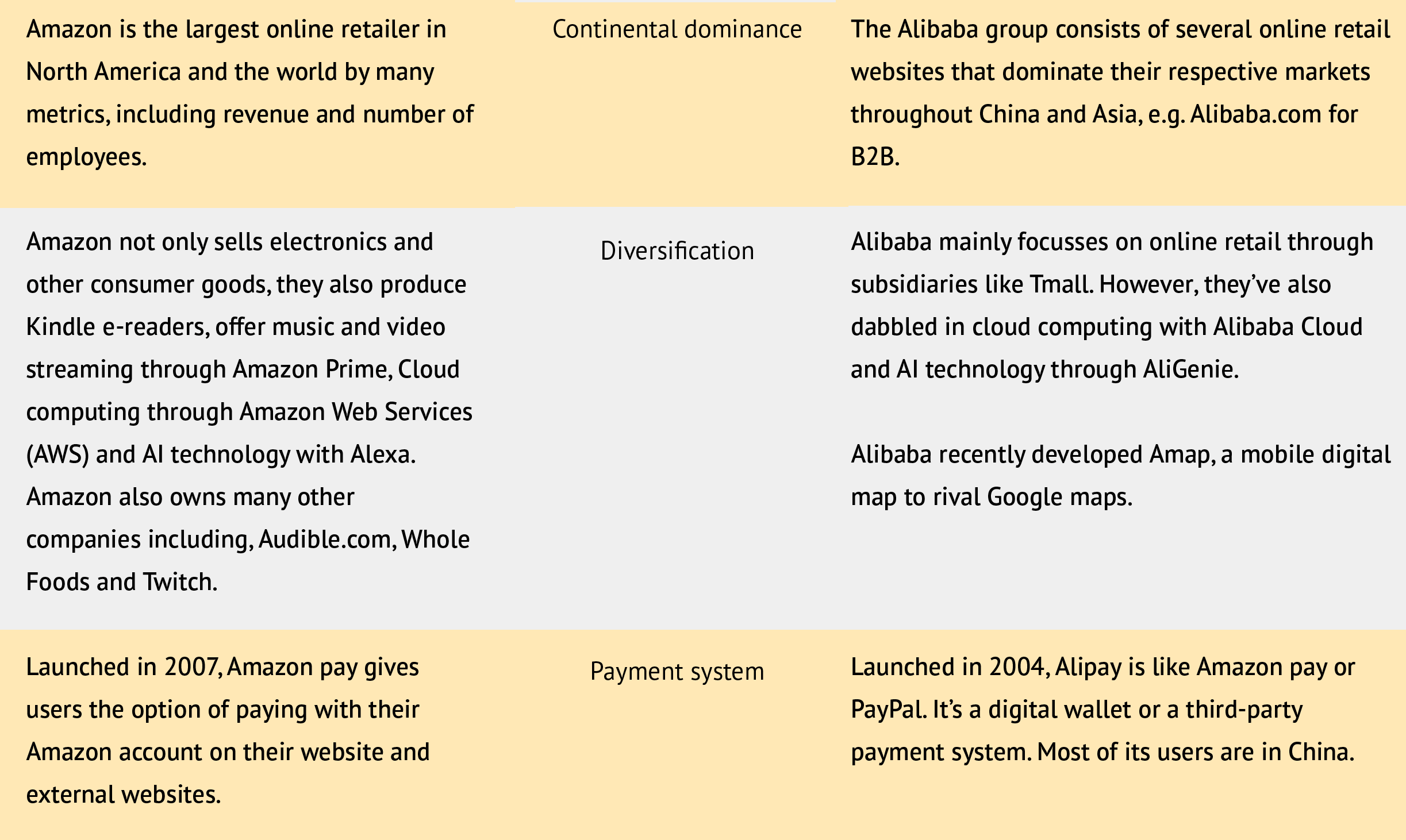 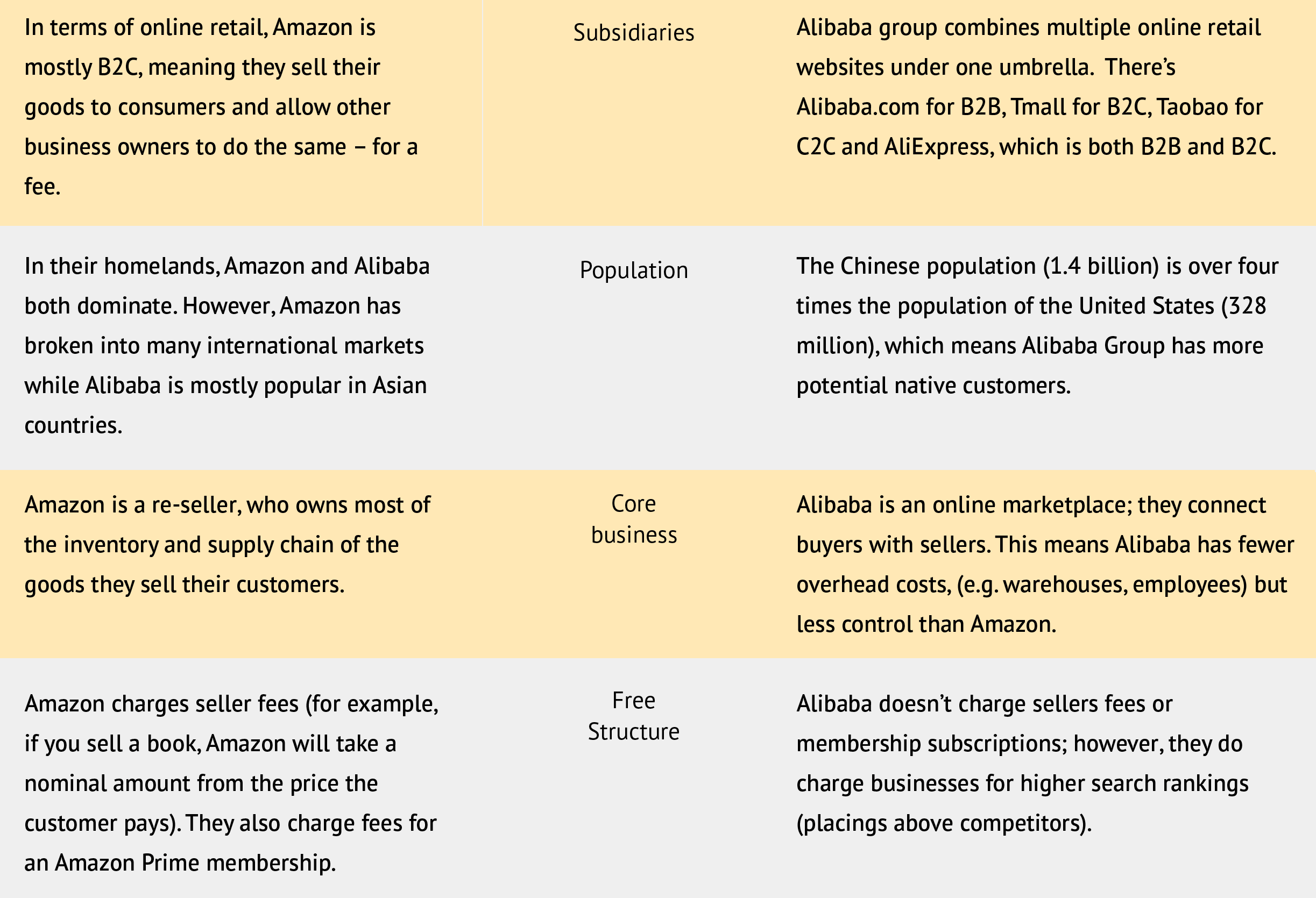 Amazon and Alibaba, along with the other leaders in online retail, are showing the world what’s possible with shopping and technology.

From third-party payments to virtual assistants, the future is full of innovation. However, with business growth comes risk; that’s why it’s important to have insurance.

If you’re an Australian business owner, then you understand the everyday risks that come with running a business. Use our free online comparison service to compare multiple types of business insurance from a range of providers.

It’s easy to use and only takes a few minutes to get started!