When it comes to road knowledge, we’re all a bit biased. While most people believe they’re better drivers, more often they’re just overconfident. A survey of 2,260 Americans by Compare the Market found some common road rules have people caught in headlights. Our results show where the country’s most knowledgeable drivers live and that you might want to be extra careful when crossing the road in Maryland or South Carolina.

Maryland and South Carolina really stuck out, by being the most common states for people to admit they don’t know. Here’s how that looks next to the US average. 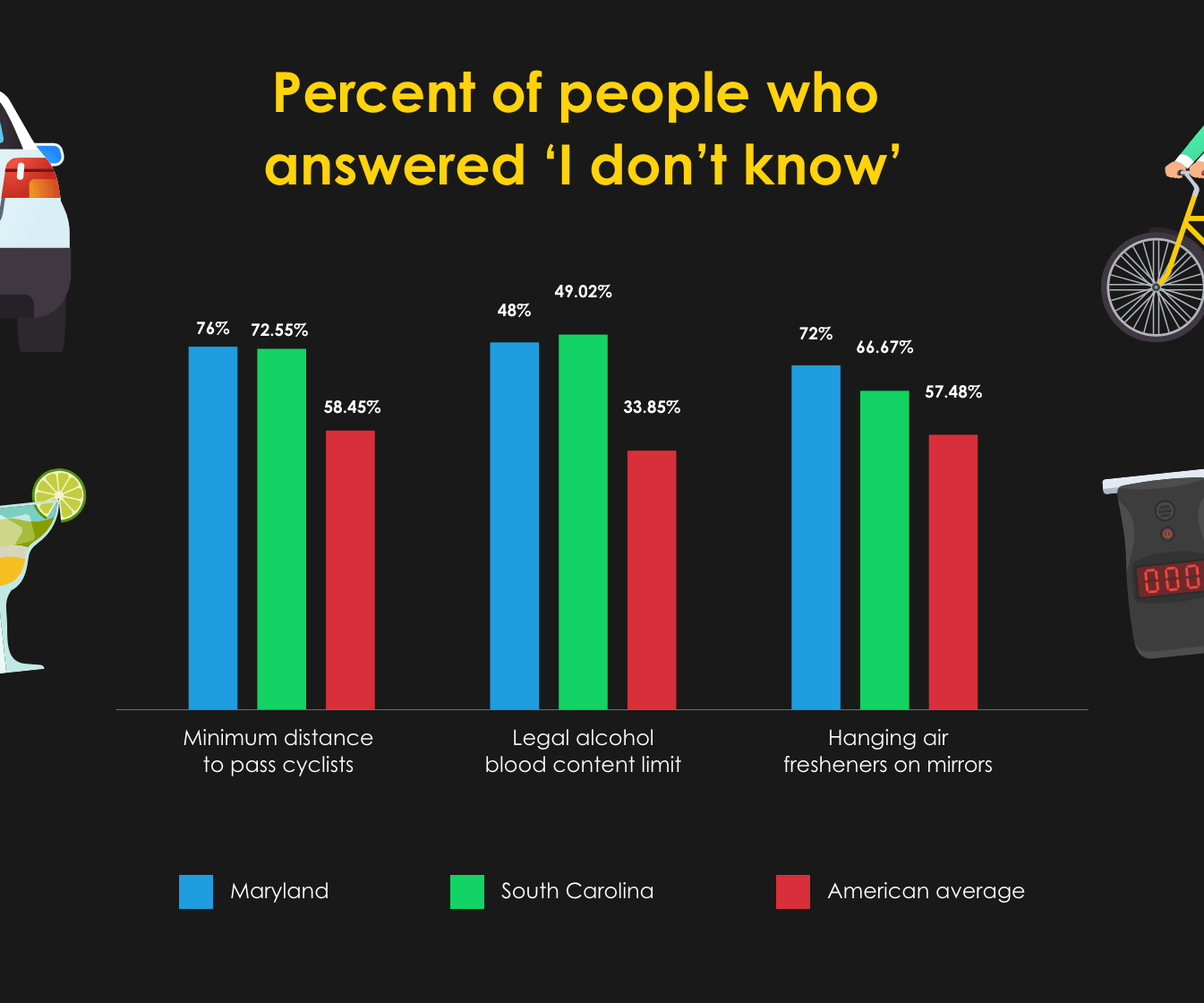 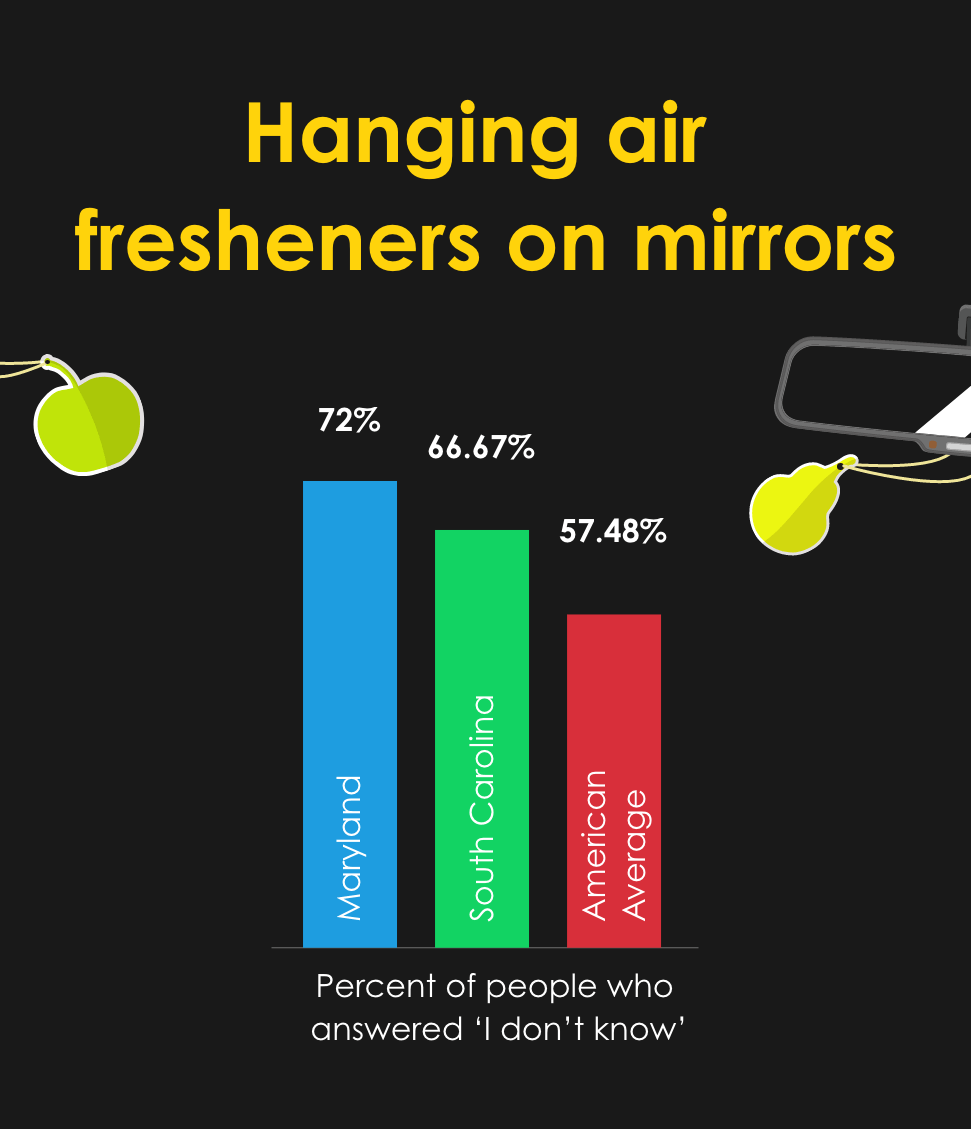 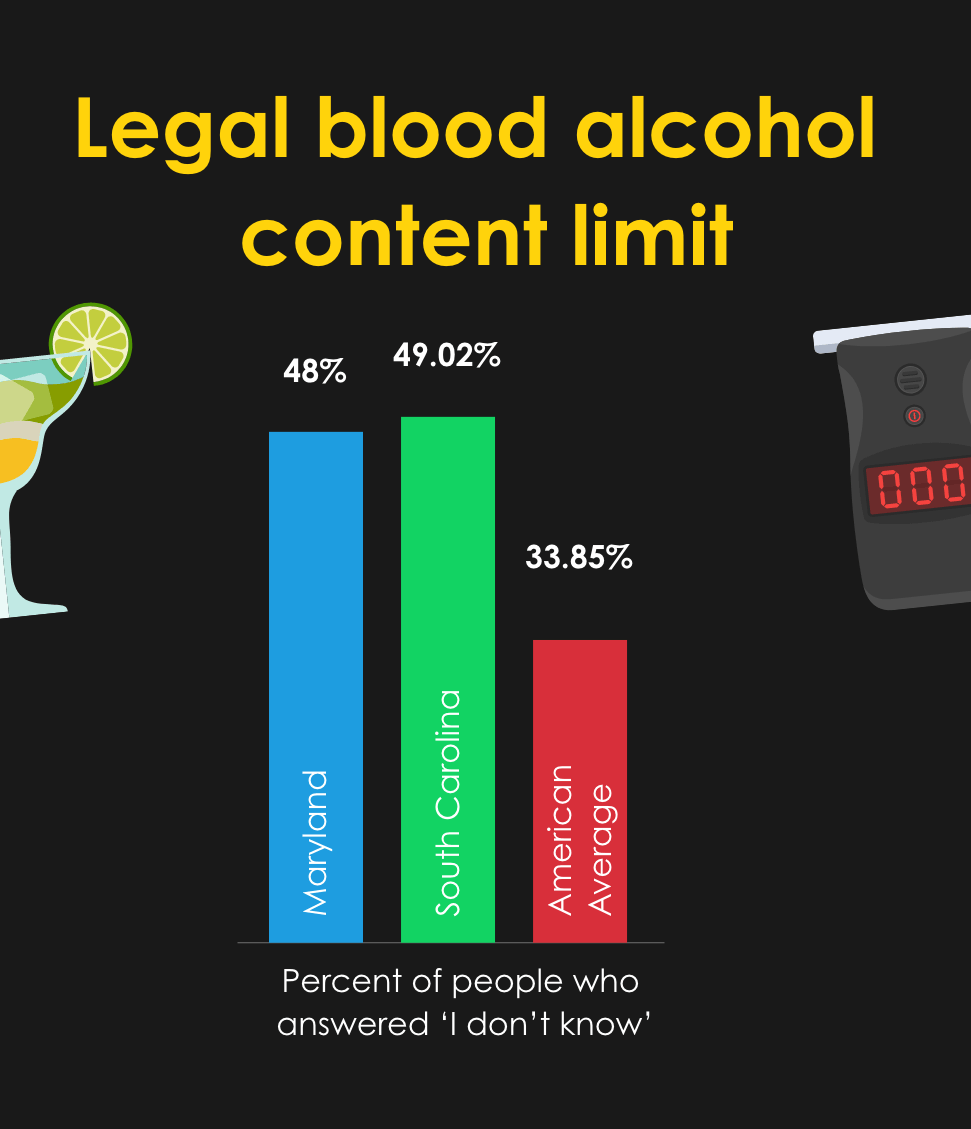 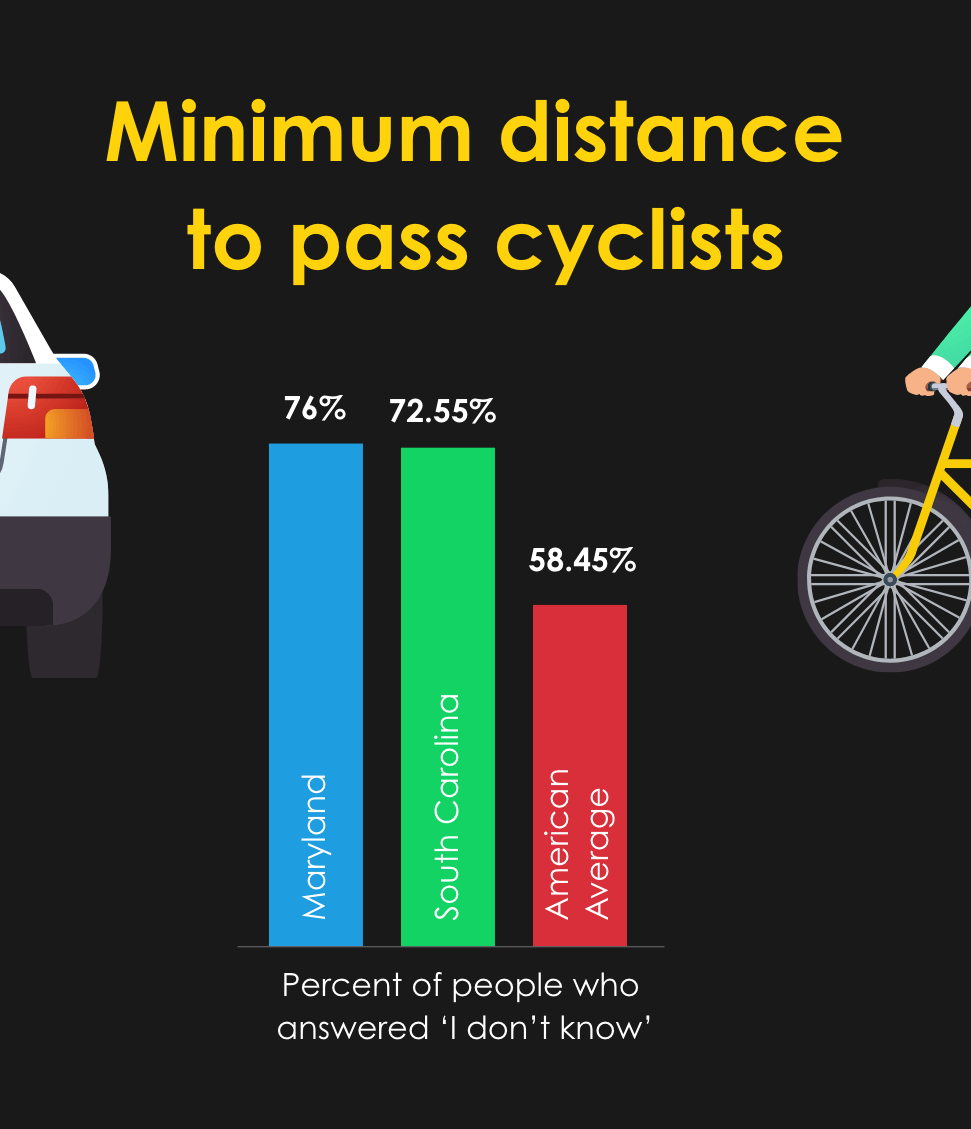 Going for a ride

We initially asked about the legal limits surrounding safely passing a cyclist on the road. Out of all the states we asked, legislation in 15 of them note that they do not have any safe passing distances for cyclists, while Pennsylvania is the only state with a 4 feet wide berth needed.1 The remaining states have a 3 feet minimum safe distance.2 Worryingly, our results show that just under three fifths (58.45%) of the US population don’t even know if there is a minimum distance between an overtaking vehicle and a cyclist.

Cyclists can feel safest in Maine, where just less than half (47.92%) of people surveyed knew to keep 3 feet when overtaking, while in both North Carolina and Indiana only 5.88% people (respectively) were able to correctly identify the rule. Also, only one fifth of the Pennsylvanian population knew to keep a 4 feet wide berth when overtaking a cyclist, whereas half of the state’s population did not know that there was a legal minimum distance.

Next, we asked about the legal blood alcohol content (BAC) level that you can have while driving on your full licence. While most states agreed that the limit is 0.08% (or 0.08 grams of alcohol for every 100 millilitres of blood), Utah has a stricter law with a BAC of 0.05%.3 Almost half the population surveyed (46.46%) know about the 0.08% limit, however less than a quarter (23.53%) of Utah residents know that they have a stricter law.

A third of Americans might also be hitting the road tipsy on the regular with as many people admitting that they don’t know the legal blood alcohol level. This number jumps dramatically with just less than half (49.02%) of both South Carolina and Virginian drivers being the worst offenders (i.e., not knowing). The most informed drivers come from Idaho, where almost two thirds of residents indicated that they are aware of the blood alcohol limit.

We also asked Australians about the legal blood alcohol content limit, and almost equally, only 48.5% of Aussies could correctly identify the legal limit at 0.05%.4 Concerningly, almost 30% of Australian drivers surveyed admitted to not knowing the legal limit. 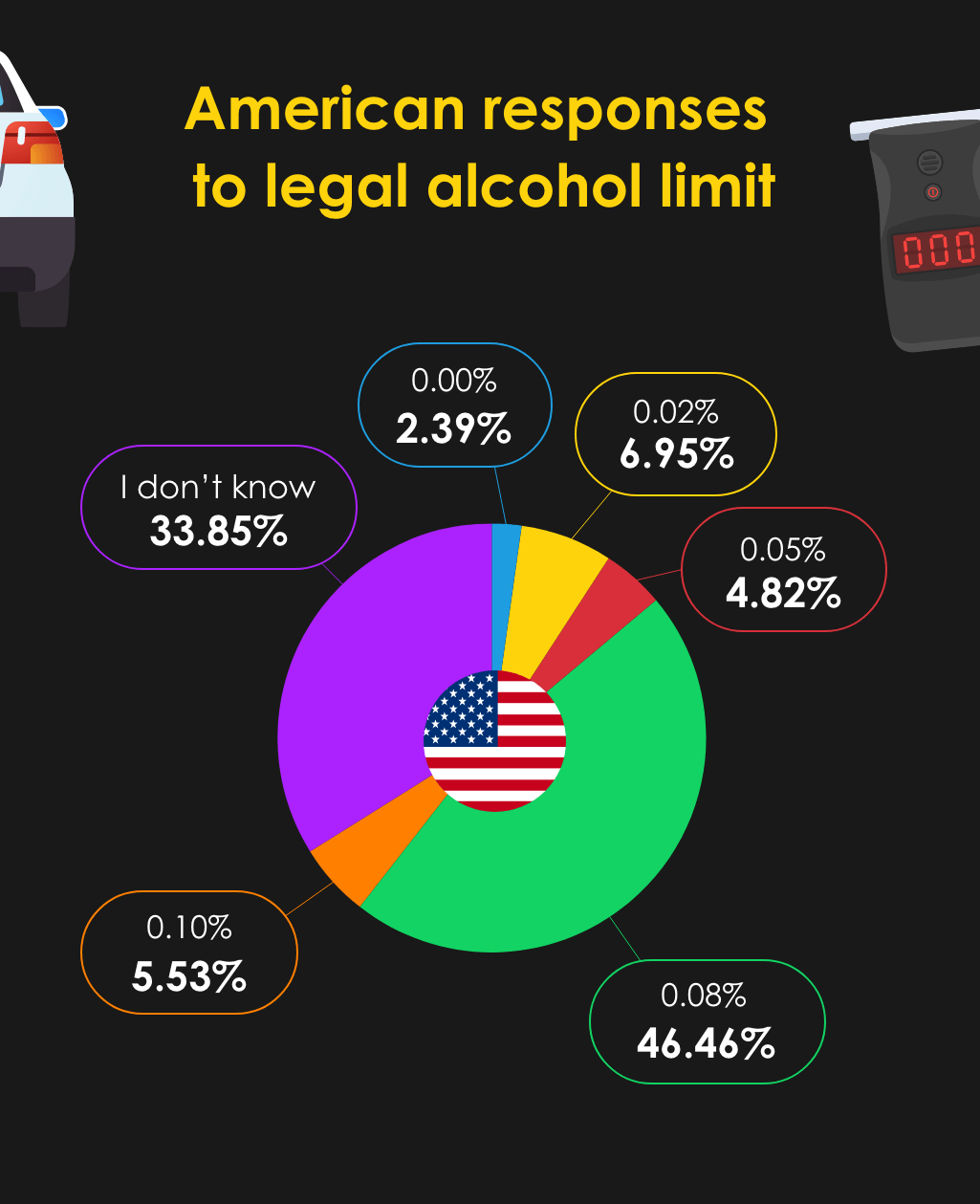 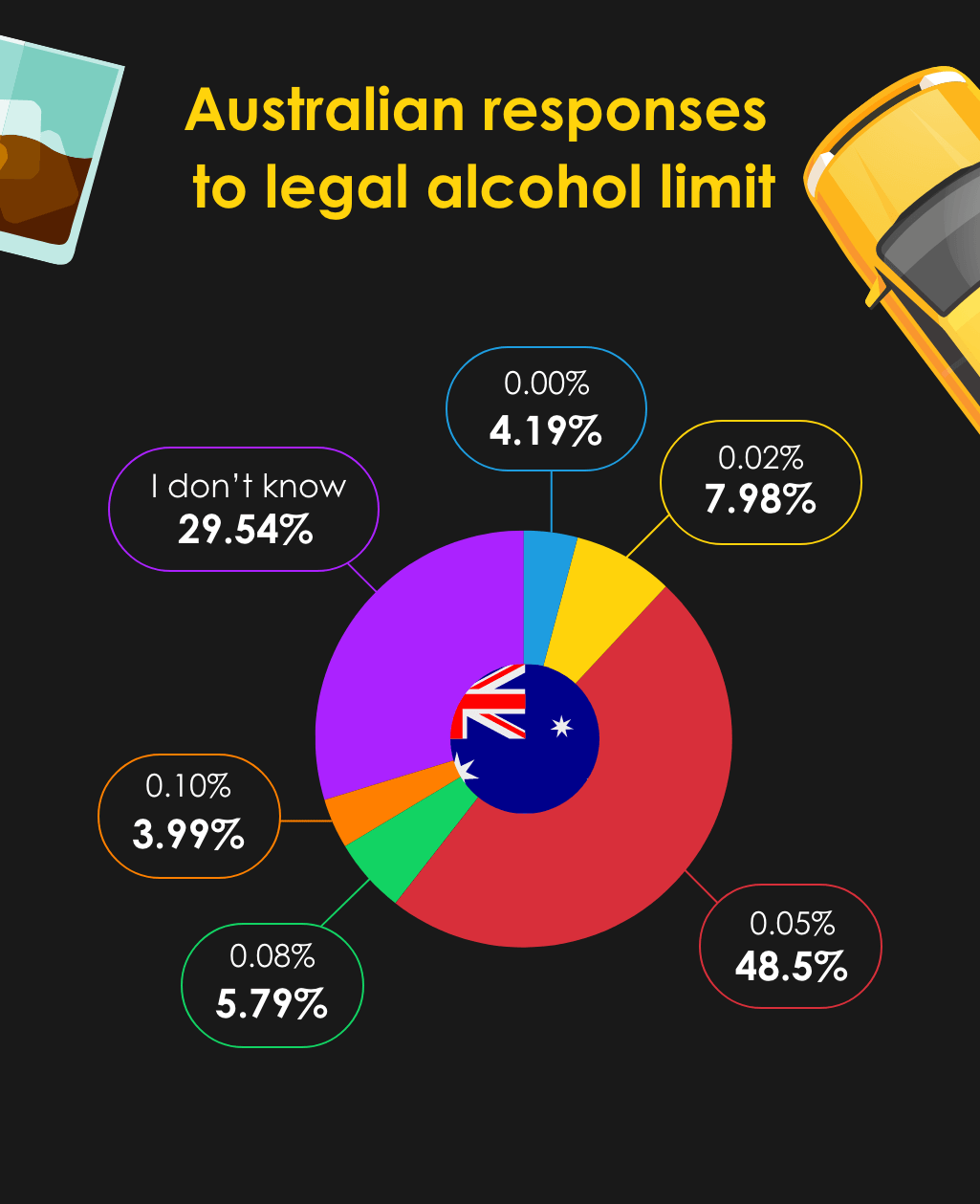 The right to remain fresh?

Fluffy dice may be a retro car staple but they can pose a dangerous distraction. When looking at state laws, most states say it is illegal to have items that obstruct the view (either the front windscreen or the back), but the interpretation of that law pertaining to air fresheners is still up for debate.More than half (57.48%) of Americans were unsure about the legality of hanging air fresheners.

Australians (53.49%) were equally confused about the legalities. Like America, there are no specific rules that spell out whether air fresheners are allowed, but it is covered under the Australian Road Rules regarding driving with a clear view of the road.5 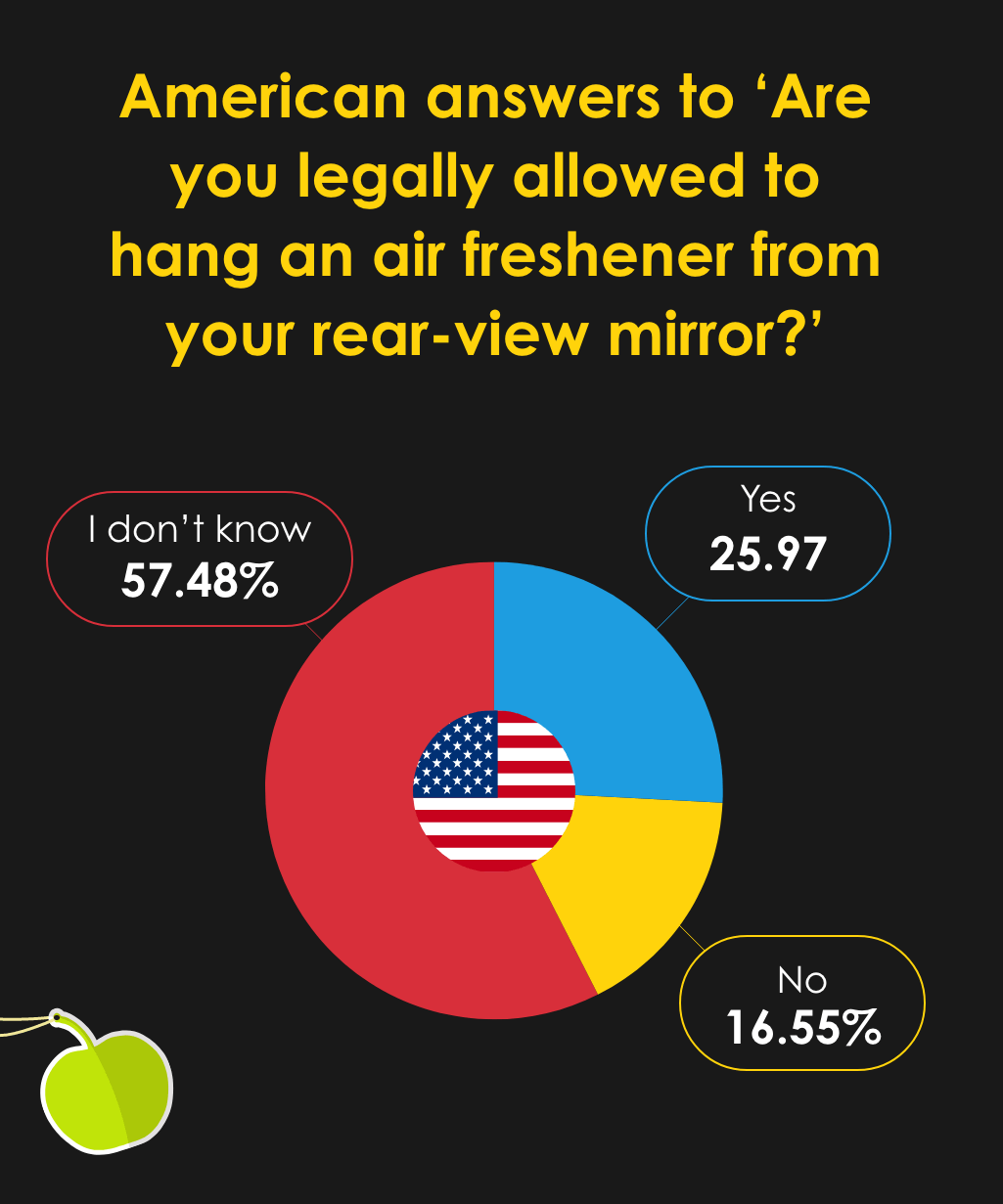 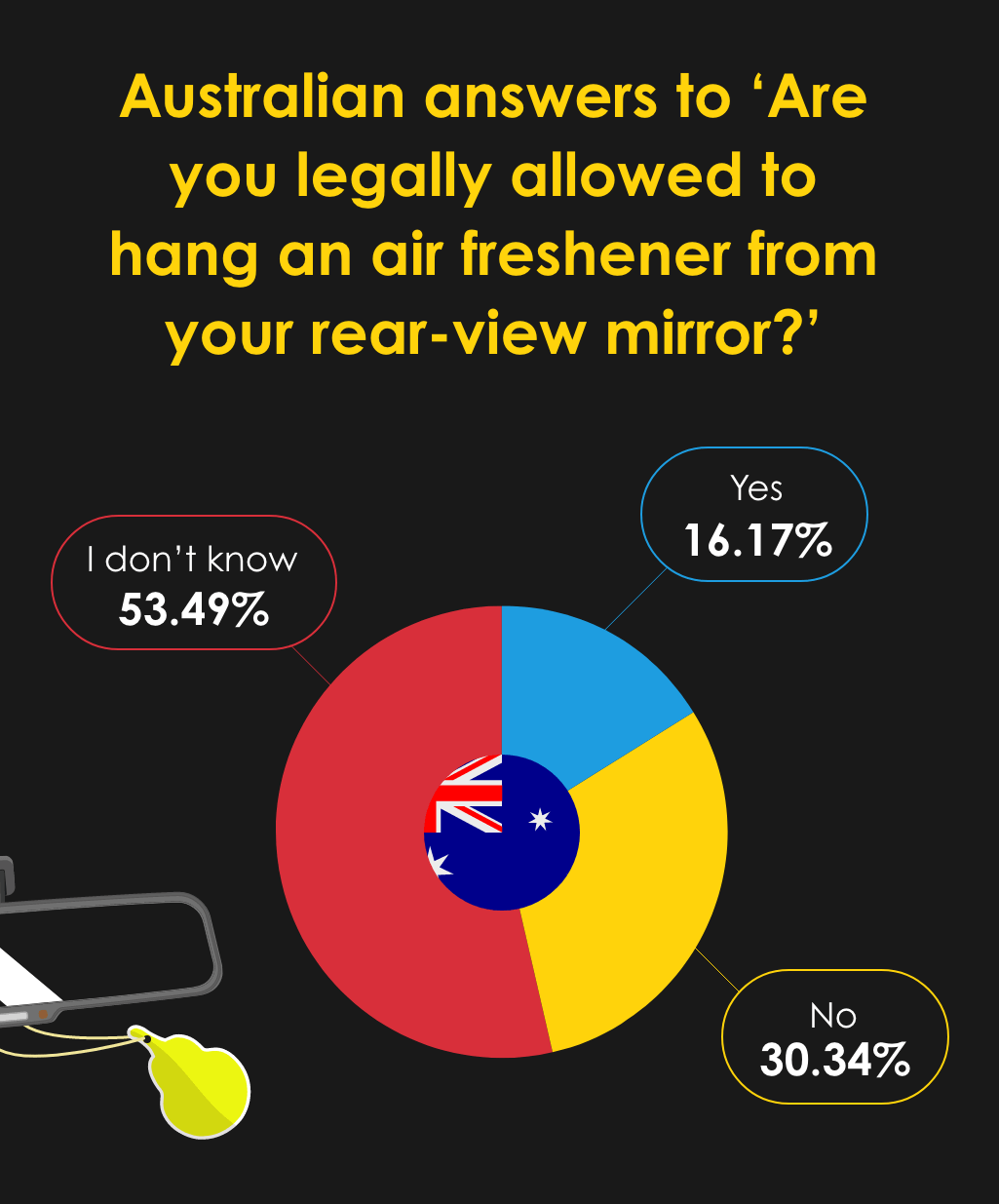 One thing that is clear (besides our windscreens) is that most people need to brush up on their road rules across both nations. Maryland and South Carolina drivers, in particular, could do with a few more nights reading up on their state driver manuals. And while we feel validated in knowing the rules, as most of us have years if not decades behind the wheel, it’s important to know the actual rules that we should be adhering to while on the road.

Disclaimer: Responses from Alaska, Hawaii, New Hampshire, Rhode Island and West Virginia were not included in the above survey as there were not enough participants from these states to collect statistically significant data.

Brought to you by Compare the Market: Making it easier for Australians to search for great deals on their Car Insurance.