The good, bad, and ugly of debt 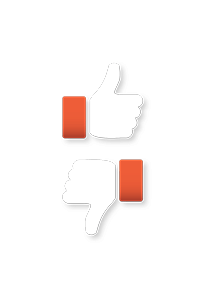 Australians are a funny lot. We have a love/hate relationship with debt.

We embrace debt to a certain extent because we prioritise buying our own home. Which often involves a whole load of debt. We’re also generally OK with borrowing to purchase an investment property which again, involves a whole stack of debt.

But it goes further than that.

We’re comfortable with deferring the cost of studying which means HELP debts and student loans. We’re a nation of vast distances so many of us have some type of car loan or lease. And don’t even let me get started on credit cards, store cards, pay day loans, tax refund loans, buy now pay later, Afterpay, Zippay, or the many other types of consumer loans we use every single day.

This means many of us are carrying a fair whack of debt (yes that’s a technical term). When it comes to paying off these debts, we’re overwhelmed by the many buckets and so we just drip feed payments without seeing any real change to the loan balances.

The reason I want to talk about debt now, is because for many of you, designing the life you love will involve debt. Either wanting to pay it off or choosing to take it on. It’s incredibly important when you’re planning to ensure that you’re aware that there is good debt, bad debt and OK debt and how you act with each of them should be very different. Your plan for each should be different – particularly depending on the life stage you’re currently at.

Now, I recognise that some of you are incredibly uncomfortable with debt which means the life you’re designing involves paying your mortgage off as quickly as possible and being debt-free. Or it may even involve you not borrowing to purchase an asset because you’re scared of losing the buffer of cash in your bank account.

But what if I was to suggest to you that paying all your debts down at once is not as smart as you think?

Yes, it can be a romantic notion to pay our debt down as quickly as we can, particularly if we’ve just purchased a home and have the big mortgage to go with it. But what if I was to suggest to you that paying all your debts down at once is not as smart as you think?

Australians particularly, have been sold this idea that all debt is bad and you need to get rid of it as quickly as you can. But it’s important to understand the different types of debt you have because while some debt might in fact be bad debt, some debt is actually good debt.

Yes, you might struggle with the notion that debt can be good but stay with me while I explain.

It might be easier to explain this concept and show the different types of debt with a real-life example.

Now it might seem like a reasonable solution to gradually pay down all loans, however when we understand the difference between good debt, bad debt and OK debt we can make strategic decisions around what should be paid down faster and perhaps what debt shouldn’t be paid down at all. I know that might seem an odd concept but it’s one that can save you potentially tens of thousands of dollars in the long run.

Bad debt is usually any type of debt that you won’t receive a tax deduction for and isn’t being used to purchase an appreciating asset. (An asset that goes up in value). In our example it would be the credit card debt of $10,000 and potentially the car loan of $20,000 (presuming it’s not being claimed via a log book for work).

It’s important to understand that just because these debts are bad debts, it doesn’t mean they’re equally bad. How you prioritise them involves looking at your bad debts and working out which ones should receive the most attention in the form of extra repayments rather than just paying them down at the same rate.

OK debt is debt we don’t necessarily want to have long term, but it’s either for assets that will go up in value or depreciating assets we can claim a deduction for.

In our example, if the car loan of $20,000 was for a ute they were using for work or they’ve kept a log book on the car and can prove business use, then this loan may convert from bad debt to OK debt. The mortgage of $700,000 would also fall into the OK debt category because the purpose of the debt is to purchase an asset that presumably will go up in value. Now, most of us want that mortgage at a zero balance but if you have credit card debts, car loans or other bad or ok debt, it makes sense to prioritise those payments first.

HELP debts generally only increase with CPI, so while CPI is low, your HELP debt would belong in the OK debt category. That’s because it makes more sense
to pay the credit card, car loan and mortgage off first than make additional repayments here.

Now, occasionally a mortgage will move from OK debt to good debt. That’s because if you’re five years away from retirement and you still have a mortgage it may make sense for you to maximise your superannuation contributions. That way you gain the greatest tax-deductible benefit instead of paying more off your home loan. In this instance, you might even convert your mortgage to interest only to make those super contributions. But of course, the minute you retire, the debt moves back to OK debt and you’d potentially grab the lump sum amount from your super fund and pay off the mortgage in full.

Of course, if you have no bad debt, then the OK debt may be the one you prioritise and pay down quickly, depending on what other financial strategies you have.

Investment loans almost always fall into the category of good debt which in our example is the investment property loan of $300,000.

Psychologically, Charlie and Sam may want to pay this loan down first because it is for their ‘retirement’ and they want it to be income that can fund that. But it’s important to remember that the interest on this loan is a tax deduction which means it’s cheaper debt than their home loan.

It might seem like a strange concept to think of debt in terms of good and bad when we’re conditioned to think of all debt as bad. However, by being strategic with your debt you can ultimately ensure that your entire debt disappears faster.

If you still have bad or OK debts, it almost always makes sense to convert good debts like investment loans to interest only to maximise any interest claim you can make. This might seem strange to not want to pay down a loan – of course you want to reduce your debt, right? However, it’s important to understand that this strategy only makes sense if you take the extra monies you saved by switching to interest only and put them towards your bad or OK debt. That way the entire debt amount is still reducing, but you’re maximising any tax advantages you might have.

So, what would Charlie and Sam’s plan be? They might consider converting their investment property loan to interest only and keep it as interest only until their mortgage is paid off. At that point they’ll convert this good debt to principal and interest. In the first year, they might choose to pay the minimum repayment only on their home loan and pay off their credit card debt as soon as possible. The aim being, in six months’ time, when the credit card debt is paid off, they’ll pop these extra payments onto their home loan. If their credit card limit isn’t paid off in full each month they’ll consider switching to a low interest credit card or cutting it up and having a debit card instead. An easy way to compare credit card options is through comparison services such as comparethemarket. com.au. Finally, they’ll only pay their HELP debt with their tax office compulsory repayments.

It might seem like a strange concept to think of debt in terms of good and bad when we’re conditioned to think of all debt as bad. However, by being strategic with your debt you can ultimately ensure that your entire debt disappears faster. Simply by choosing the rate at which your individual loans are paid off.

Once you’ve mapped out your plan, the only thing to do is the doing!