The greenest cities in the world

Have you ever wondered how much green space you’re afforded in your city?

Well, we’ve identified the greenest cities in the world and discovered which cities boast the largest area of green space per person.

We also spoke with an expert to discuss the effect of green space (or lack thereof) on mental health.

Here’s how we calculated the greenest cities in the world. First, we identified the top 20 cities in the world by the largest percentage of city area which is public green space, based on the latest available data. We then used these figures, combined with the city’s area (m2) and population, to determine green space per capita. 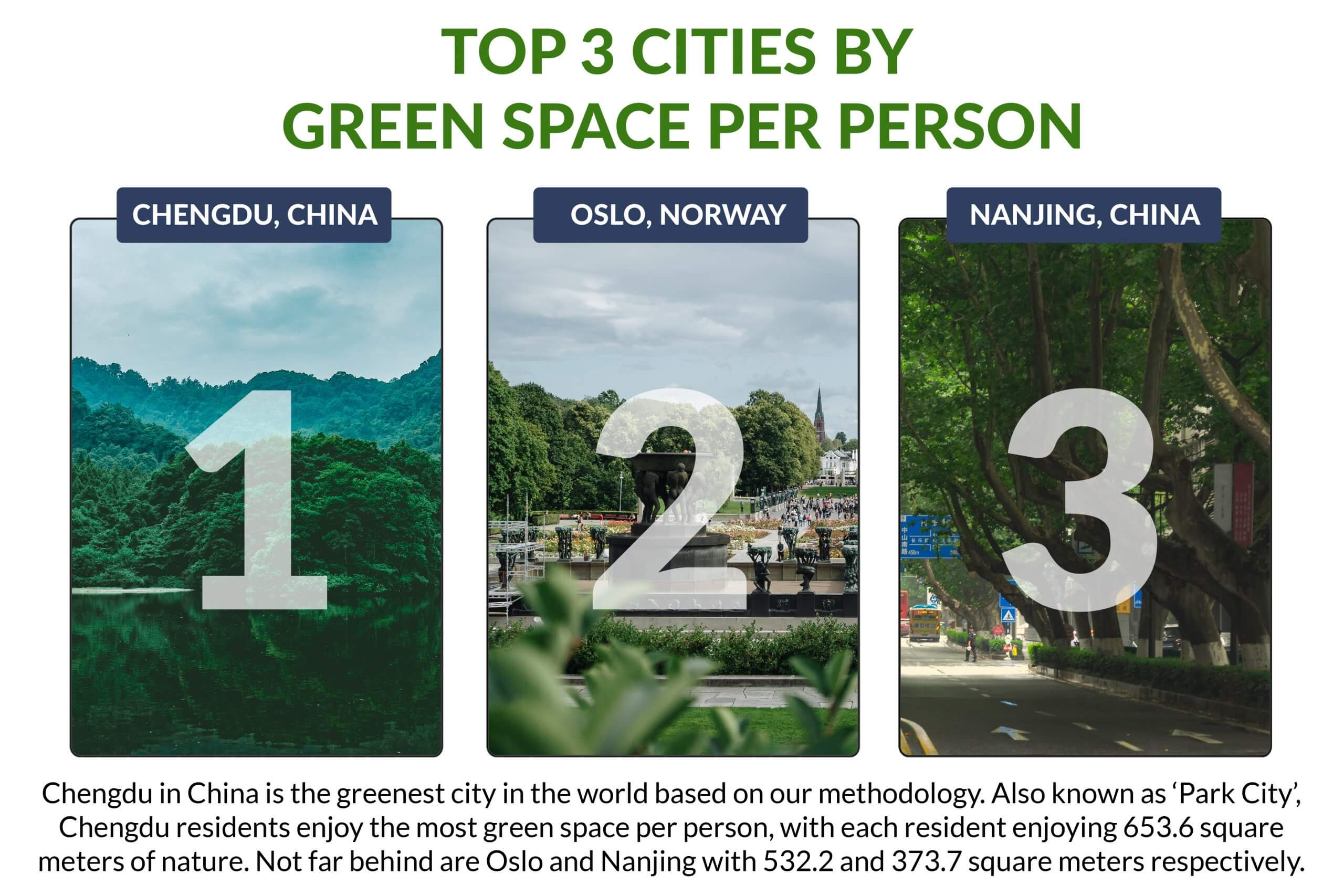 Here’s how the green space per person equivalent of the top and bottom cities might look, by means of visual comparison.

Below is the World Cities Culture Forum’s rankings for most green space in total, which represents the percentage of total public green space (parks and gardens) compared to the size of the city. We compared this to our own data (green space per person) to see any disparity between the two. 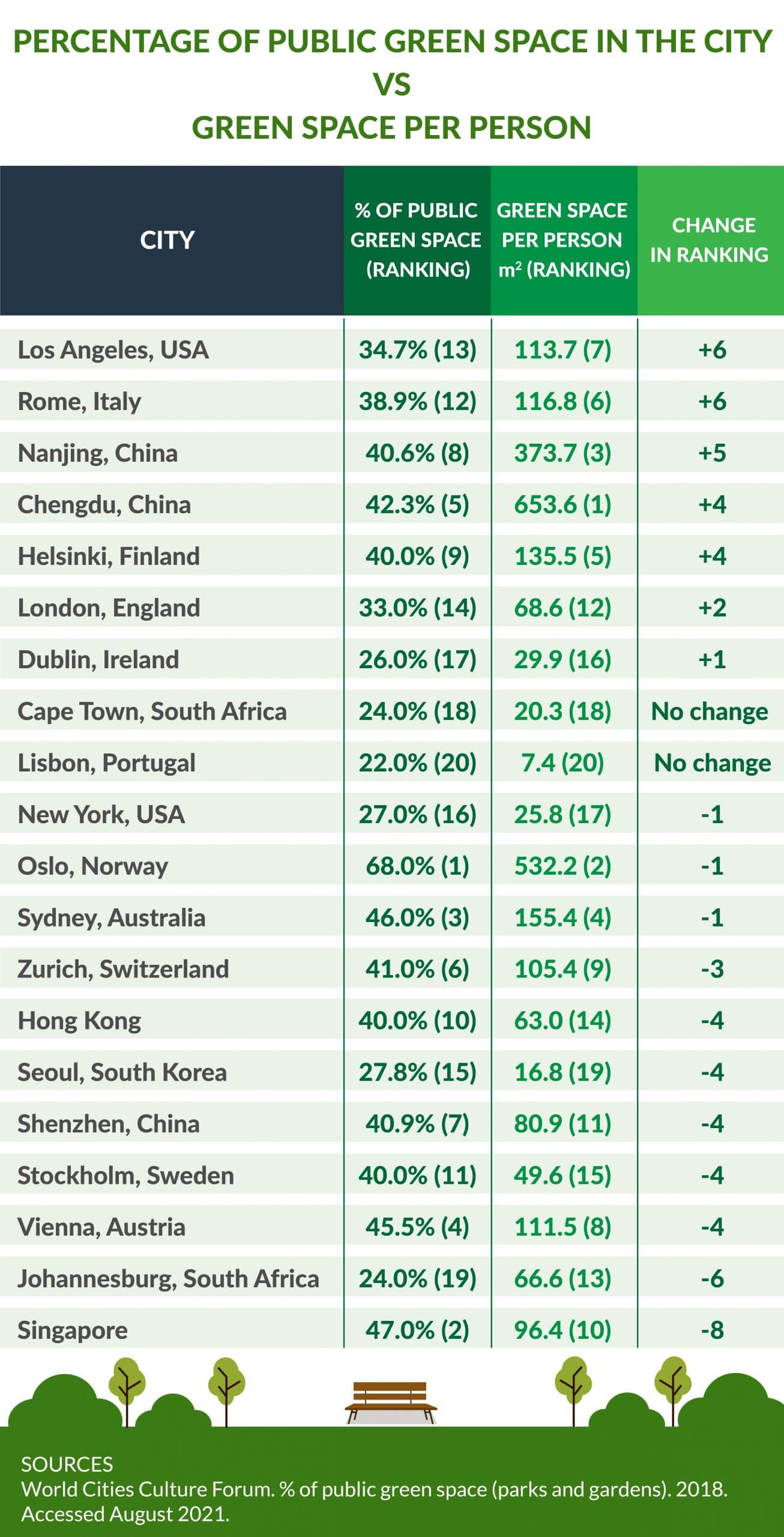 While Singapore ranked second for percentage of public green space, it dropped eight positions because their high population in relation to city size means there’s less green space (per person). The same applies for Johannesburg in South Africa, which dropped six positions.

Is there a connection between green space and mental health?

We all know that trees improve air quality, but green space can also improve our mental health.

“Visit and create green spaces, go to a local park or build a vertical garden. You should also lobby local politicians to create more green spaces in your area.”

In a study ranging from 1985 to 2013, Danish researchers found that childhood exposure to green spaces like parks, forests and rural lands reduces the risk of developing an array of psychiatric disorders during adolescence and adulthood.1 The scientists found that citizens who grew up with the least green space nearby had as much as a 55% increased risk of developing psychiatric disorders such as depression, anxiety, and substance abuse in later years.

How do people feel about living near parks?

In a survey of 2,522 people comprised of Australian, American and Canadian people conducted by Compare the Market, more than a quarter of respondents in each country indicated that living in close proximity to a park was extremely important to them. This figure was even higher in Australia and Canada in particular, where 34.9% of Australians and 36.4% of Canadians indicated the high importance of green spaces. In these countries, 71% and 74% respectively said that proximity to green space would influence their decision to live in a certain location.

The stats were a little lower in the United States, where only 62% of respondents said their living location would be influenced by proximity to green space. In fact, as many as 1 in 10 people (12.9%) said that green space proximity was of little or no importance to them at all.