In 1976 in Montreal, Romanian gymnast Nadia Comaneci scored a ten on the uneven bars – the first gymnast (man or woman) in Olympic history to be awarded a perfect score.

In this article, we document the history of women at the Olympics – both summer and winter. We also highlight the defining moments that advanced women’s sport while celebrating the major medal winners who stole the show along the way.

N.B. The information listed in this article does not include results from the Tokyo 2020 Olympic Games.

The progression of women at the Olympic Games

Olympia, the Greek city of Elis held the first recorded Olympic Games in 776 BC.1 However, these Olympic Games were limited to only men – women couldn’t even attend.

Almost 3,000 years later in 1896, Athens held the first Summer Olympics.2 Only 13 nations competed and all the participants were men. Finally, four years later in 1900, women competed at the Olympic Games for the first time. Twenty-two female athletes out of 997 participants competed in five sports, including tennis, sailing, croquet, equestrian and golf. Swiss sailor Helene De Pourtales became the first woman to win an Olympic gold medal.3

In 1912, women competed in swimming events for the first time. However, America was not represented as they prohibited women from competing in events without long skirts.4 Many other countries shared this conservative view.

In 1922, French feminist Alice Milliat organised the first ‘Women’s Olympic Games’ in Monte Carlo.  The event protested the International Olympic Committee’s (IOC) refusal to allow women to compete in athletics events. These games and the following in 1926 proved popular, which pressured the IOC to allow women to compete in track and field at the 1928 Amsterdam Olympics.5

Meanwhile, in 1924, the first Winter Olympic Games were held in Chamonix, France. Women only competed in the figure skating.6

In 1996, the first IOC (International Olympic Committee) World Conference on Women and Sport took place in Lausanne, Switzerland. The Olympic body was established to progress women in sport.7

In a sign of progress, women participation grew to 45 per cent women, 55 per cent men (a new record) at the 2016 Rio de Janeiro Olympics.9 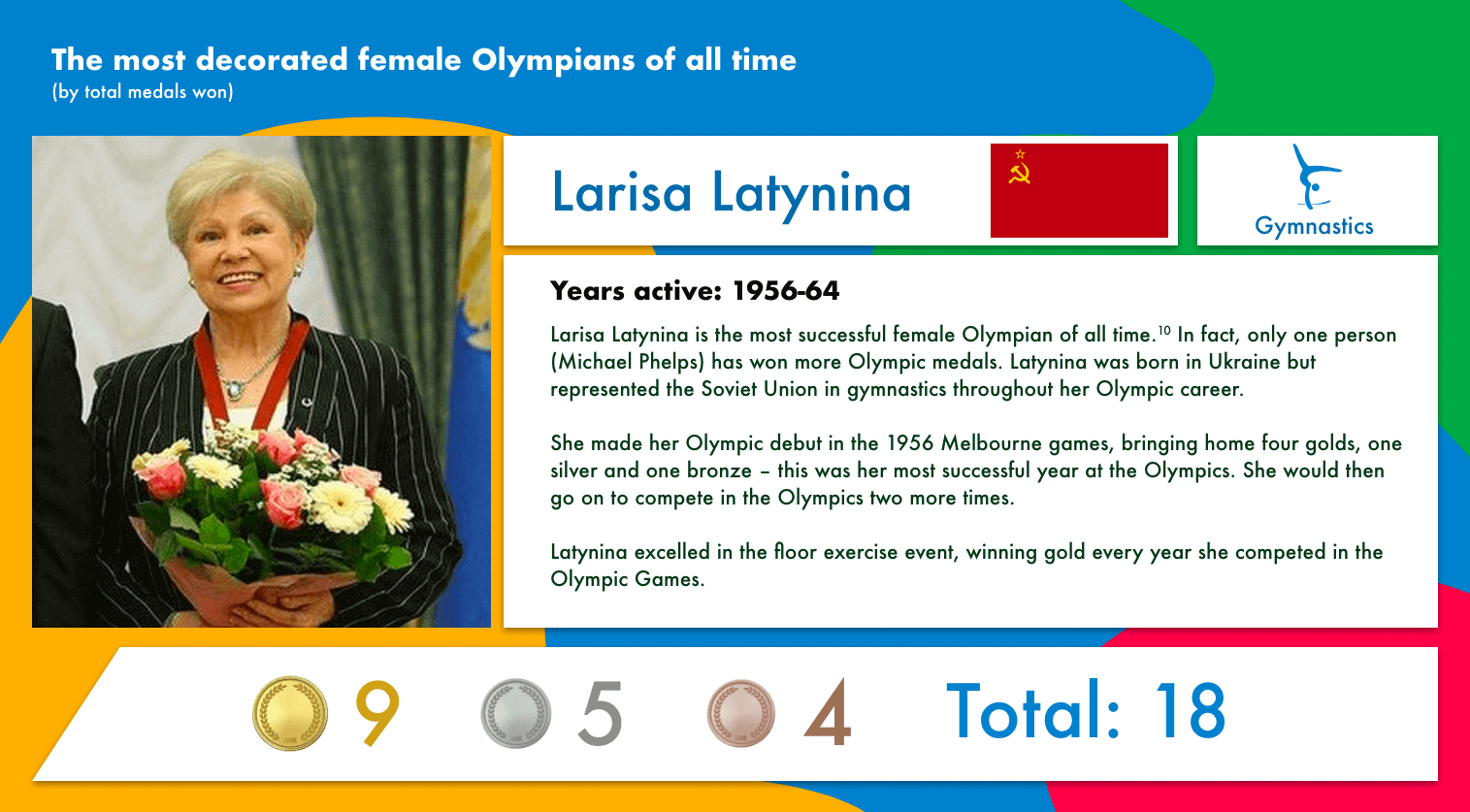 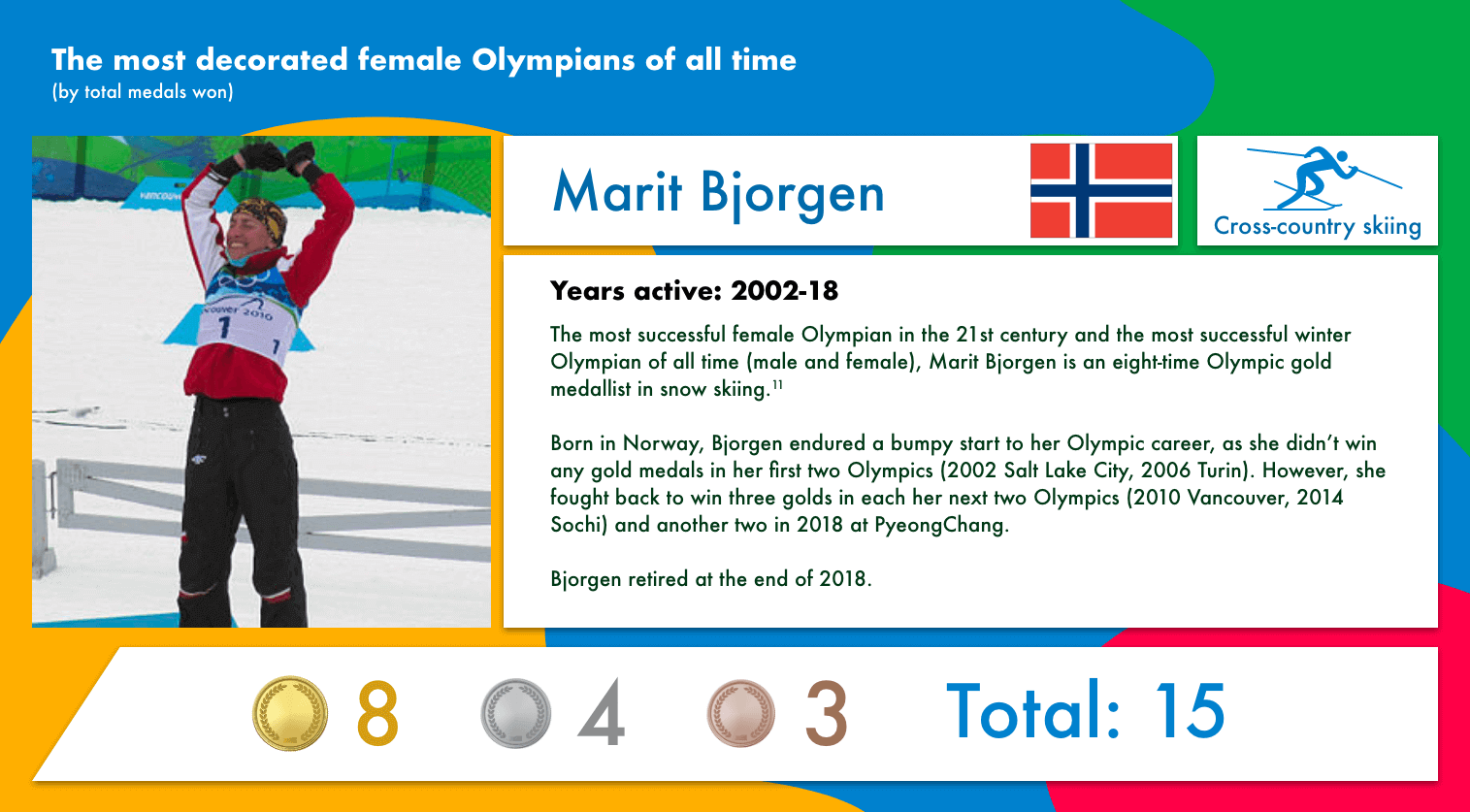 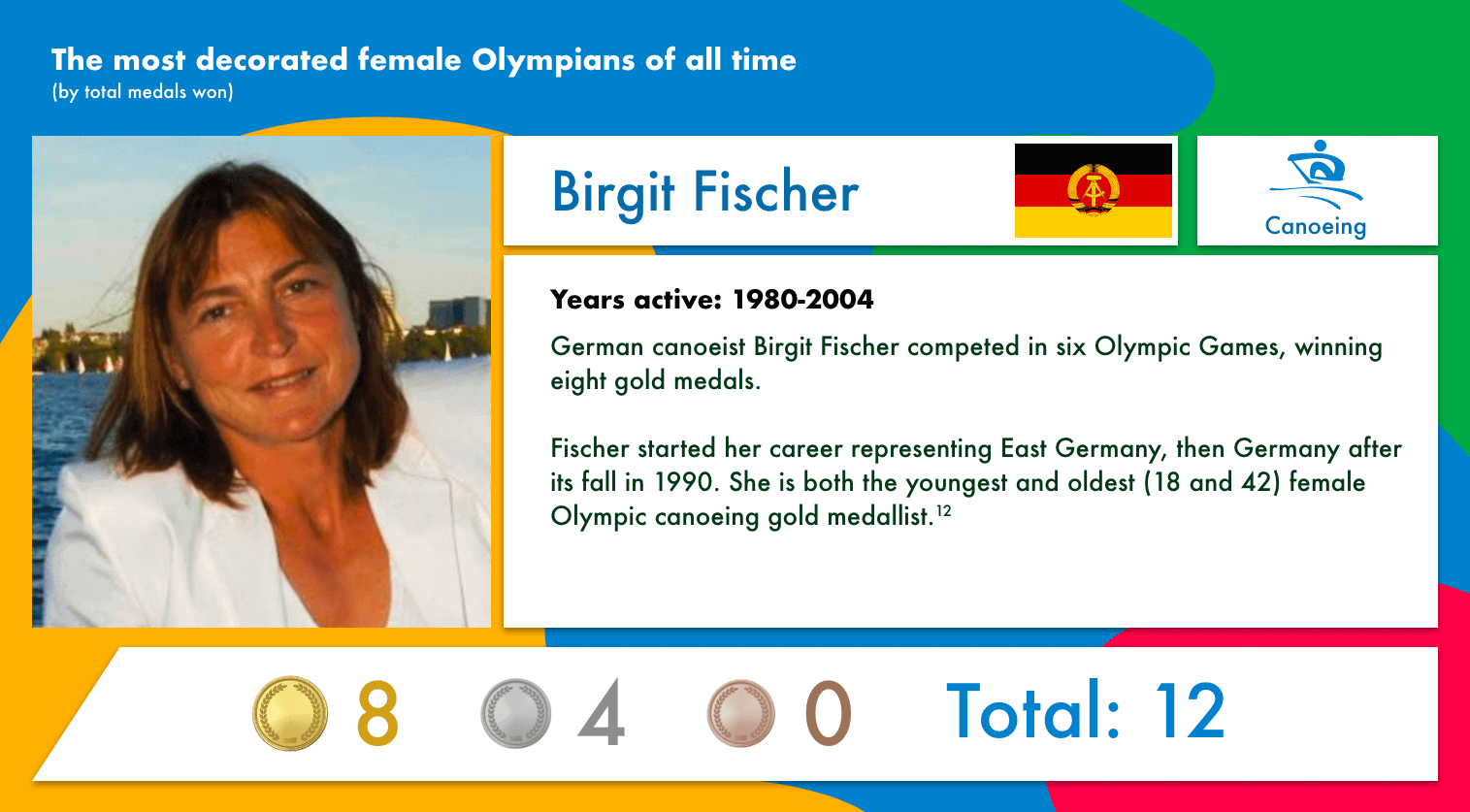 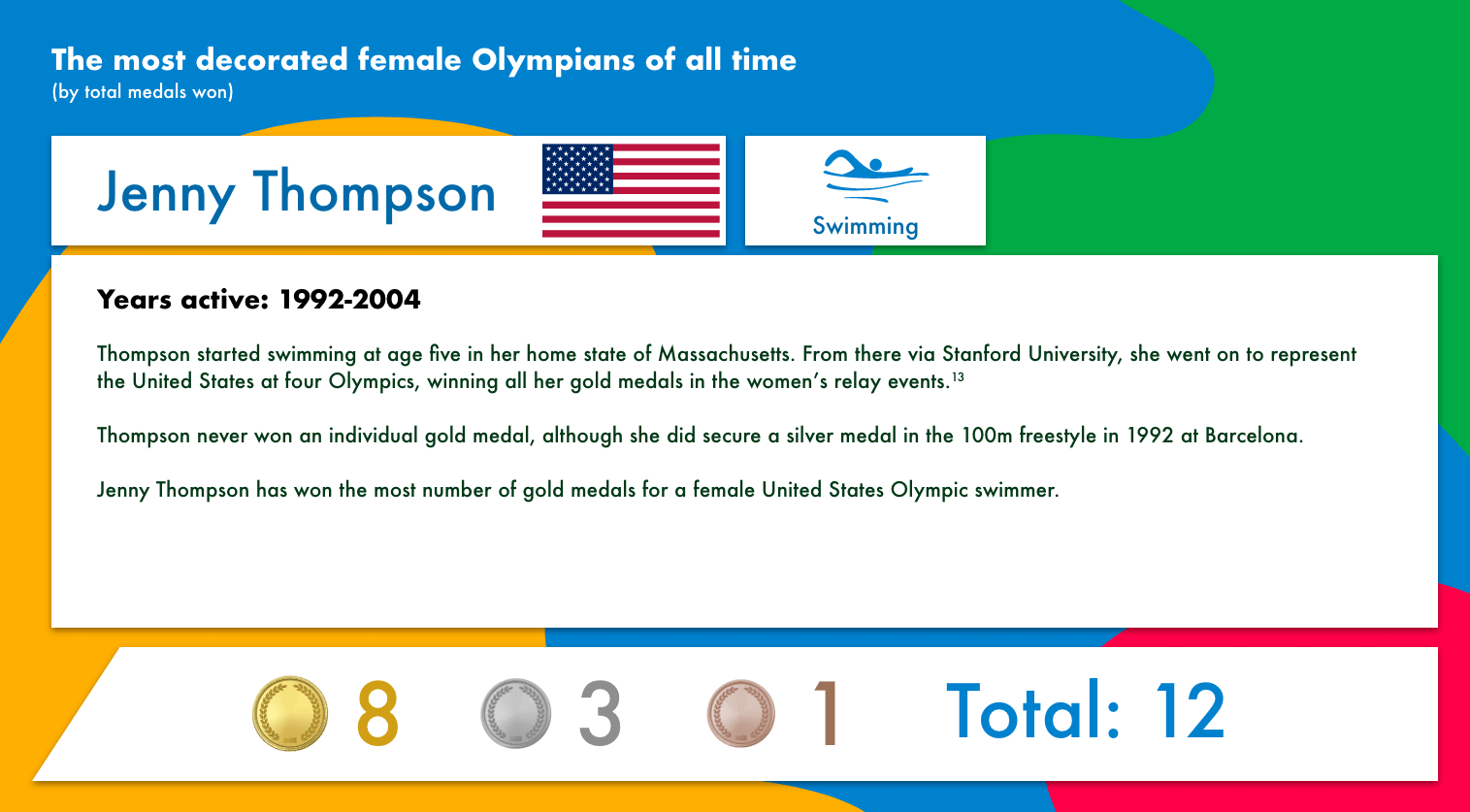 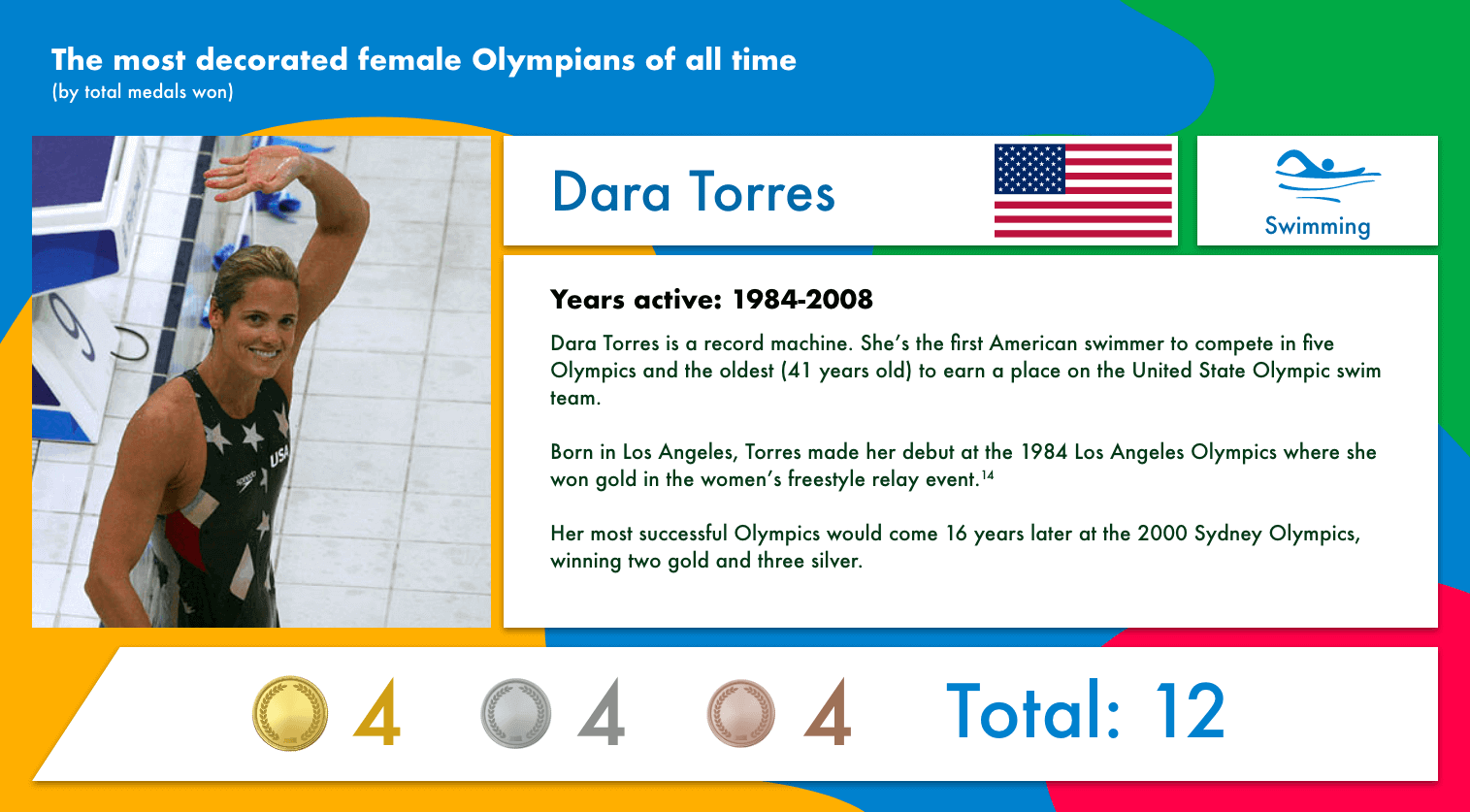 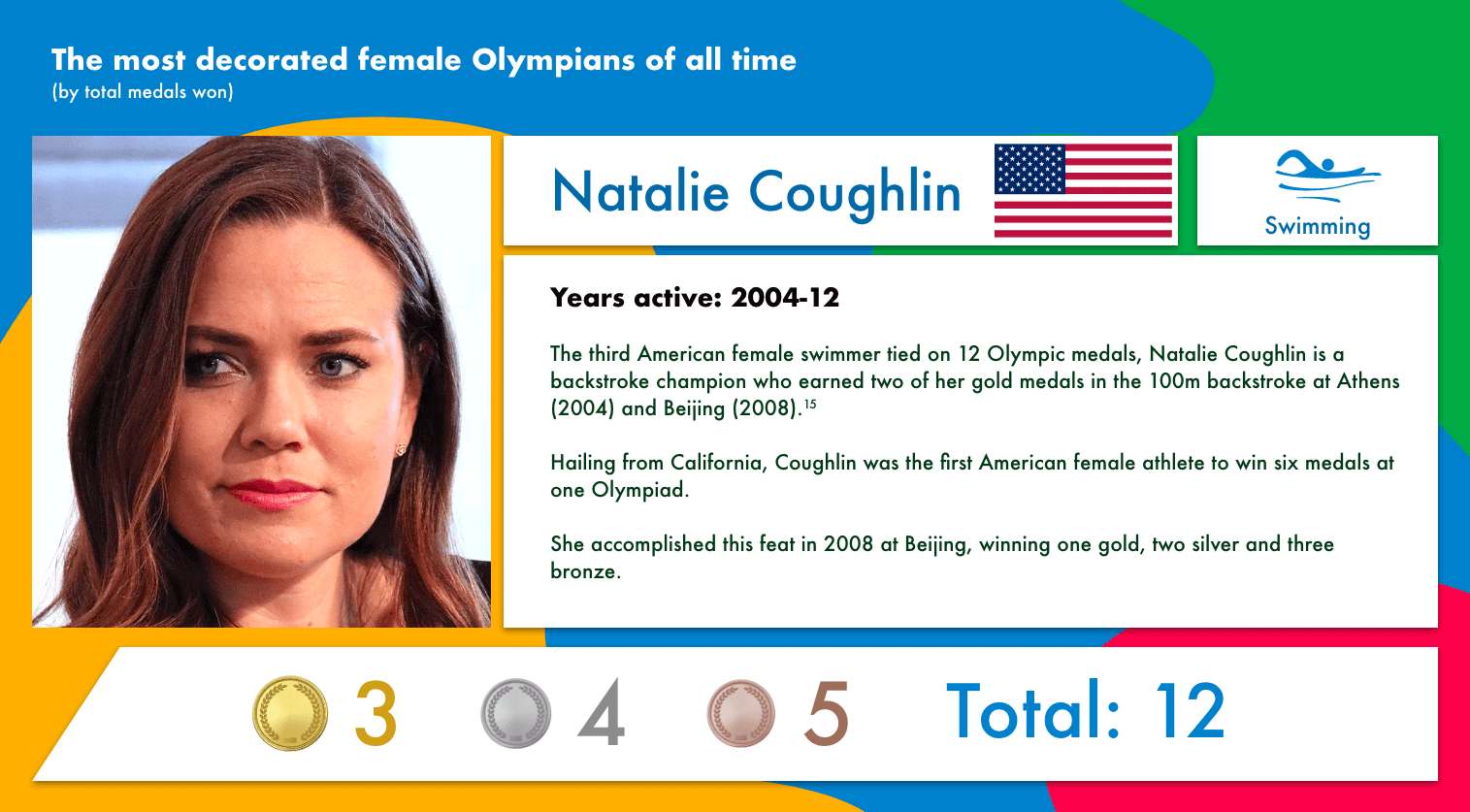 Most gold medals won by a woman in Olympic history 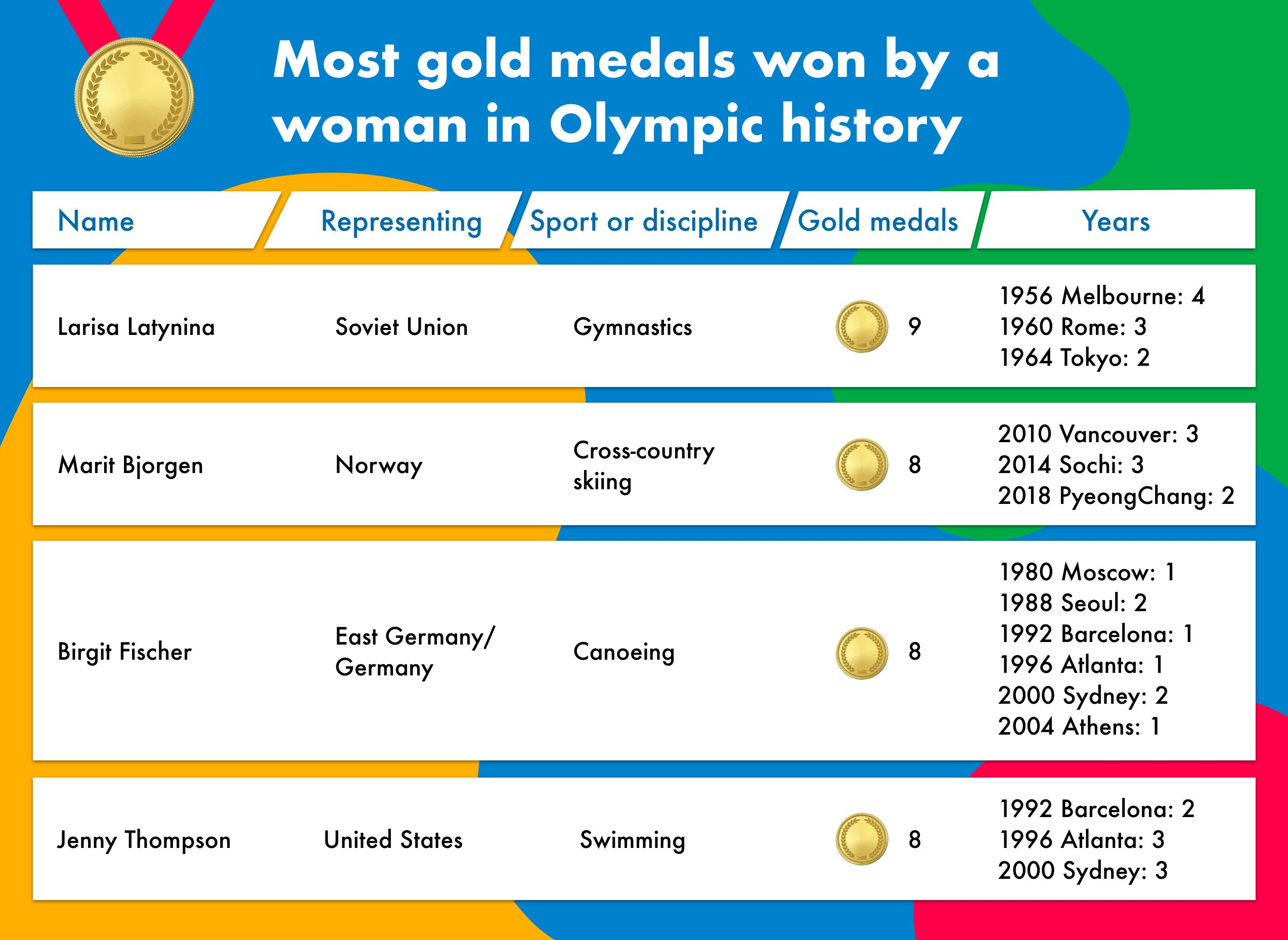 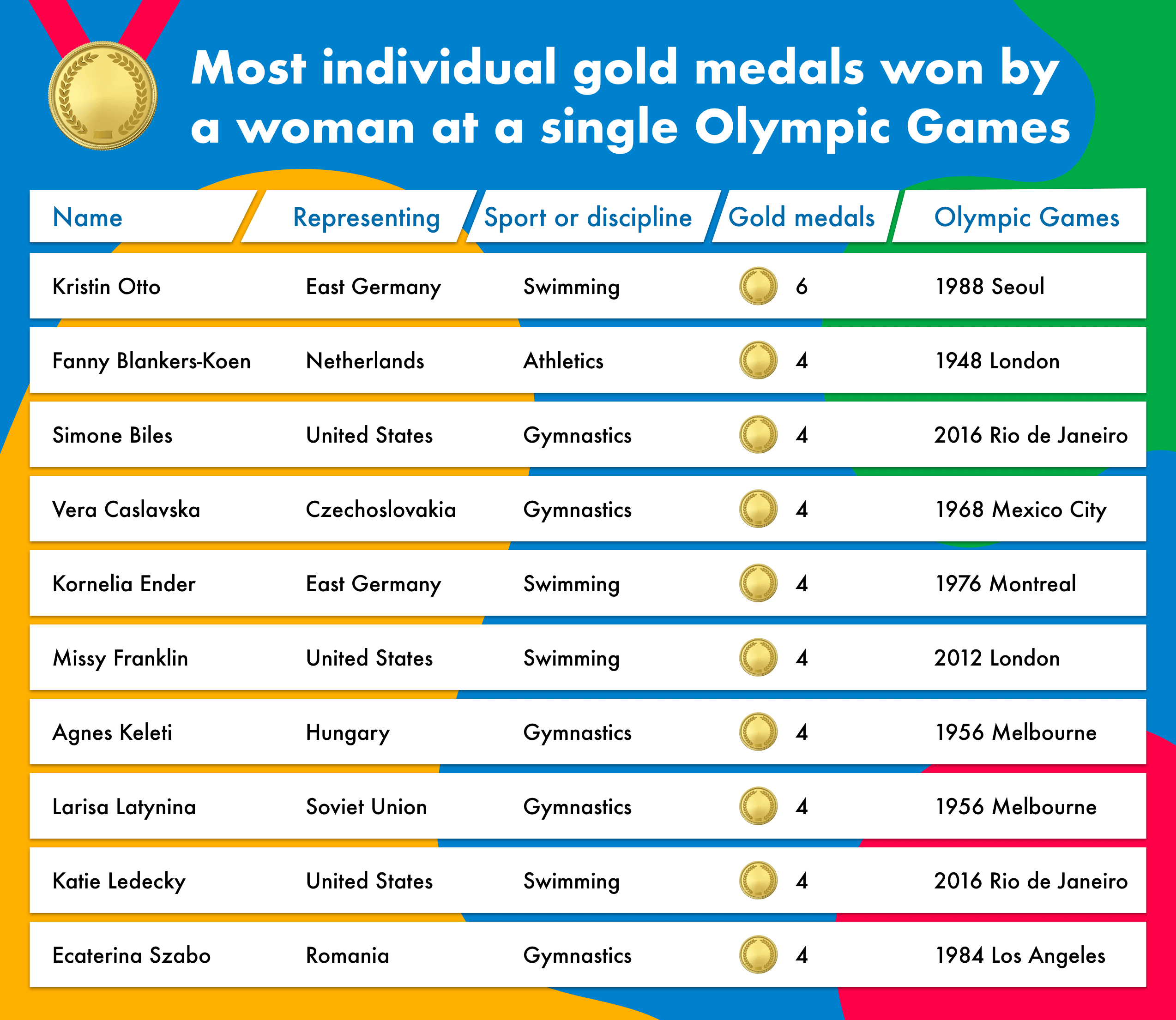 The most inspiring female Olympic moments of all time

Brought to you by Compare the Market: Making it easier for Australians to compare Health Insurance.