A visual evolution of world maps

Drawing our way across the world

Humans love to travel and have done so since the beginnings of human history.

Maps help tell the story of how humans understood the world in their time, how we explored it, and how much there was still left to find out. A cursory glance through history shows the further back in time we go, the more the map changes.

How did our maps get the way they are today? Watch the video above which explores world maps to see how our understanding of the world has changed.

It’s important to remember that these maps are a product of their time. Land and water masses may be distorted, disproportionate, or in the wrong location altogether. Most of the maps in our animation were produced by European and Arab cartographers. Their maps typically focus on their ‘known world’ at the time, leaving out other continents like North and South America, and Australia.

Some maps are fairly simple, such as the ‘T and O’ style seen in Isidore of Seville’s Etymoligiae, which divide the world into Asia, Africa and Europe, with an intersection of water separating all three. 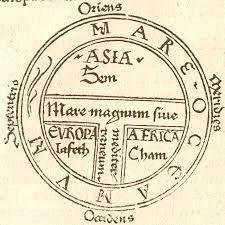 A map from a copy of Isodore’s Etymologiae, printed in 1472AD based on the 623AD original. Image credit: British Library

Other maps are highly detailed and painstaking affairs, such as Ptolemy’s World Map detailed in his work Geographia from the second century AD (translated from Greek into Latin in 1407).1 Ptolemy’s World Map was based on mathematic calculations, astronomy, notes from travellers and an early form of latitude and longitude developed by Greek astronomer Hipparchus roughly 200 years prior.2

When looking through history, it may appear that mapmakers regressed when it came to map accuracy. As an example, Ptolemy’s World Map (while not perfect) is more detailed and informative than Isidore’s, despite being written roughly 400 years beforehand. 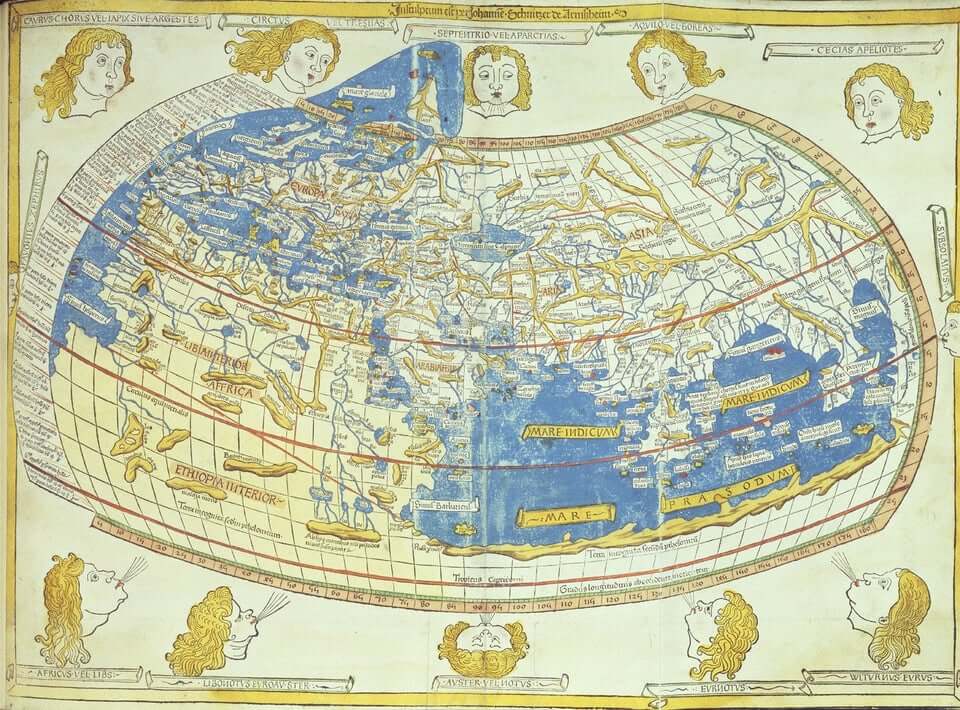 A copy of Ptolemy’s World Map produced from a translation of Geographia created in 1482AD. Image credit: British Library

One reason for this ‘regression’ is that after the fall of the Roman Empire, Ptolemy’s Geographia was ‘lost’ and wouldn’t be found again until almost a thousand years later in Byzantium, and then translated from Greek to Latin.3

Another reason is the spread of Christianity and Islam, which influenced all aspects of society, including maps.

A snapshot of cultural and religious understanding of the world

Between the fall of Rome (which occurred during the fifth century) and the Age of Sail (generally defined as the mid-16th century to mid-19th century), medieval maps were almost as much a spiritual and cultural text as they were a practical one. This can be seen in the peculiar orientations of these maps and where they were centred.

Many maps produced by cartographers hailing from Christian Europe put Jerusalem at the centre of the world, due to its religious and cultural significance. They also typically placed east at the top. Most theories suggest that this was because the sun rises from the east, and that was understood to be ‘the top of the world’.4

Arabic maps from this period mostly place south at the top. Theories range from: 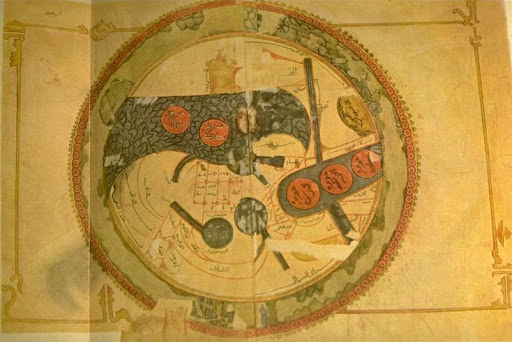 Ancient maps may need to be rotated and flipped around to compare them to the standard ‘north-at-the-top maps of today.

From the ancient to the modern

Advancements in shipbuilding technology, science and mathematics following the Renaissance (15th to the 16th century) saw world exploration explode as colonial powers discovered ‘new’ lands. Continents began to be mapped out more accurately, and the pieces of the puzzle began falling into place.

Further technological advancement, such as the invention of the aeroplane, made it possible to map the Earth from the sky. After the deployment of satellites that orbit the planet from space, we now have an accurate and complete map of our world. 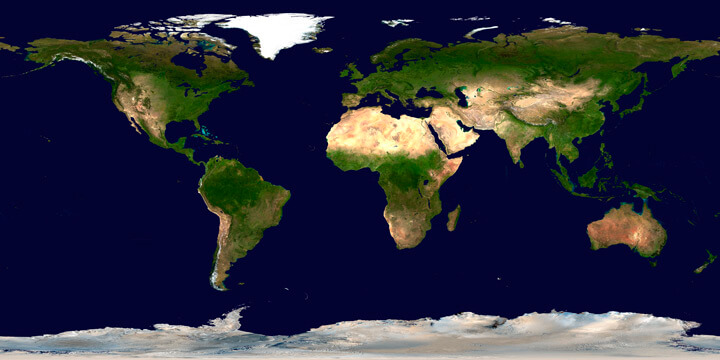 Brought to you by Compare the Market: Making it easier for Australians to search for great deals on their Travel Insurance.