Where are the most popular countries for people to move to?

With the rise of working from home in the last couple of years, the number of people who are considering packing up their lives and moving to a new country is also on the rise.

The ability to work from anywhere in the world holds a lot of appeal, whether it’s the chance to enjoy some warmer weather, explore new cultures, or perhaps improve one’s earning potential.

But, which are the countries that people are seeking to move to the most? To find out, we’ve analysed Google search data for each country around the world for search terms related to relocating.

If you’re looking to relocate yourself, even if it’s just to another neighbourhood, then be sure to compare home loans first to help find a loan that matches your circumstances.

The most desired countries to relocate to 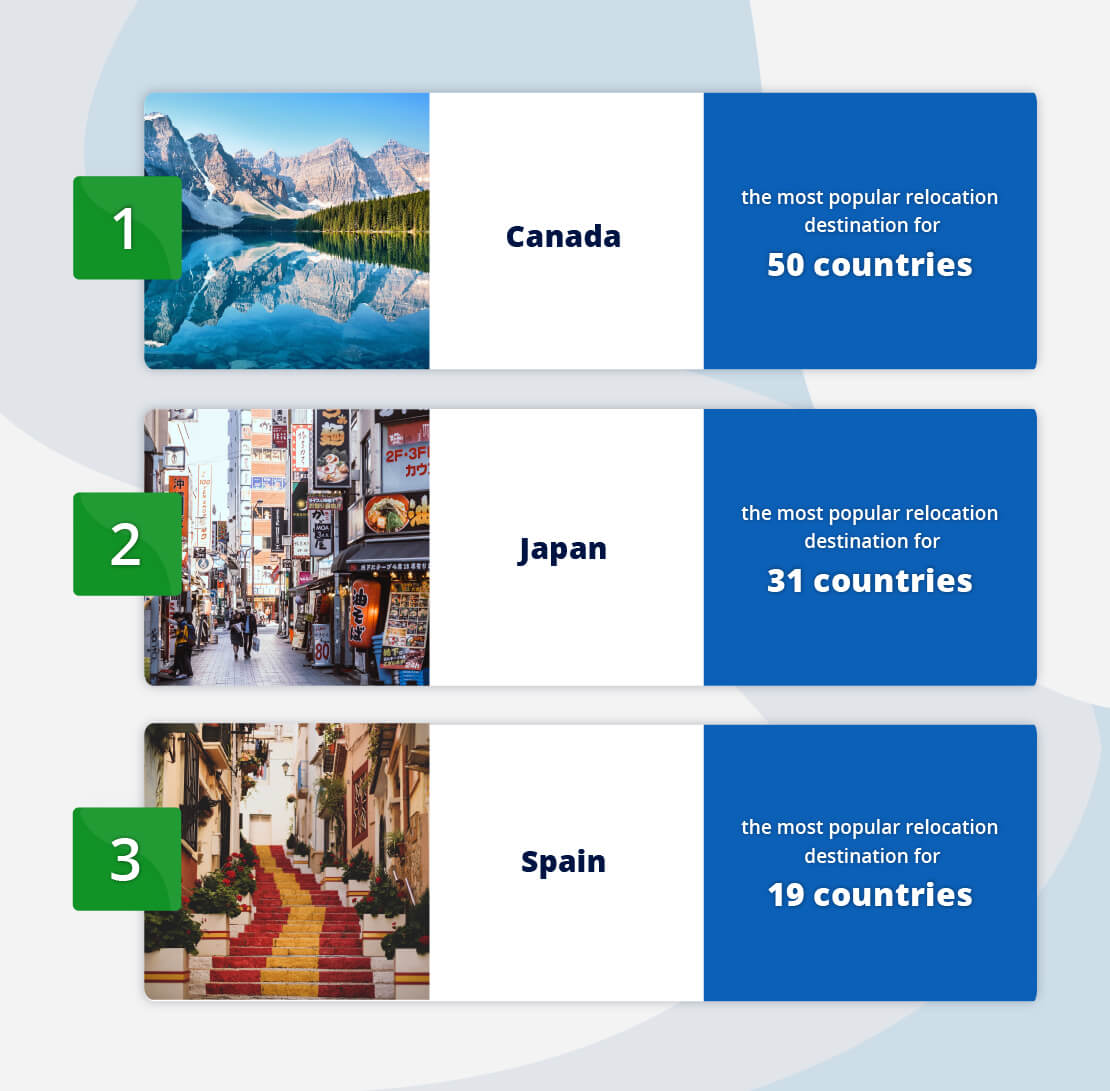 Taking the top spot is Canada, with the North American nation being the most desired destination in 50 other countries around the world.

Canada is a very welcoming country for expats, which has led to it becoming a very diverse and multicultural country.

It also regularly ranks highly for things such as government transparency, civil liberties, quality of life, economic freedom, and education.

Second place goes to Japan, with 31 countries having it as their number one relocation destination, including Australia.

Japan has one of the highest life expectancies in the world, which could explain why so many people are researching to move there.

It’s also a global leader in many industries such as automotive, robotics and electronics, meaning that there are plenty of employment opportunities in these sectors.

Spain is a very popular choice, especially amongst those in other European countries, with 19 countries having it as their favourite in total.

Known for its warm Mediterranean climate, Spain is another country that has excellent healthcare and quality of life. 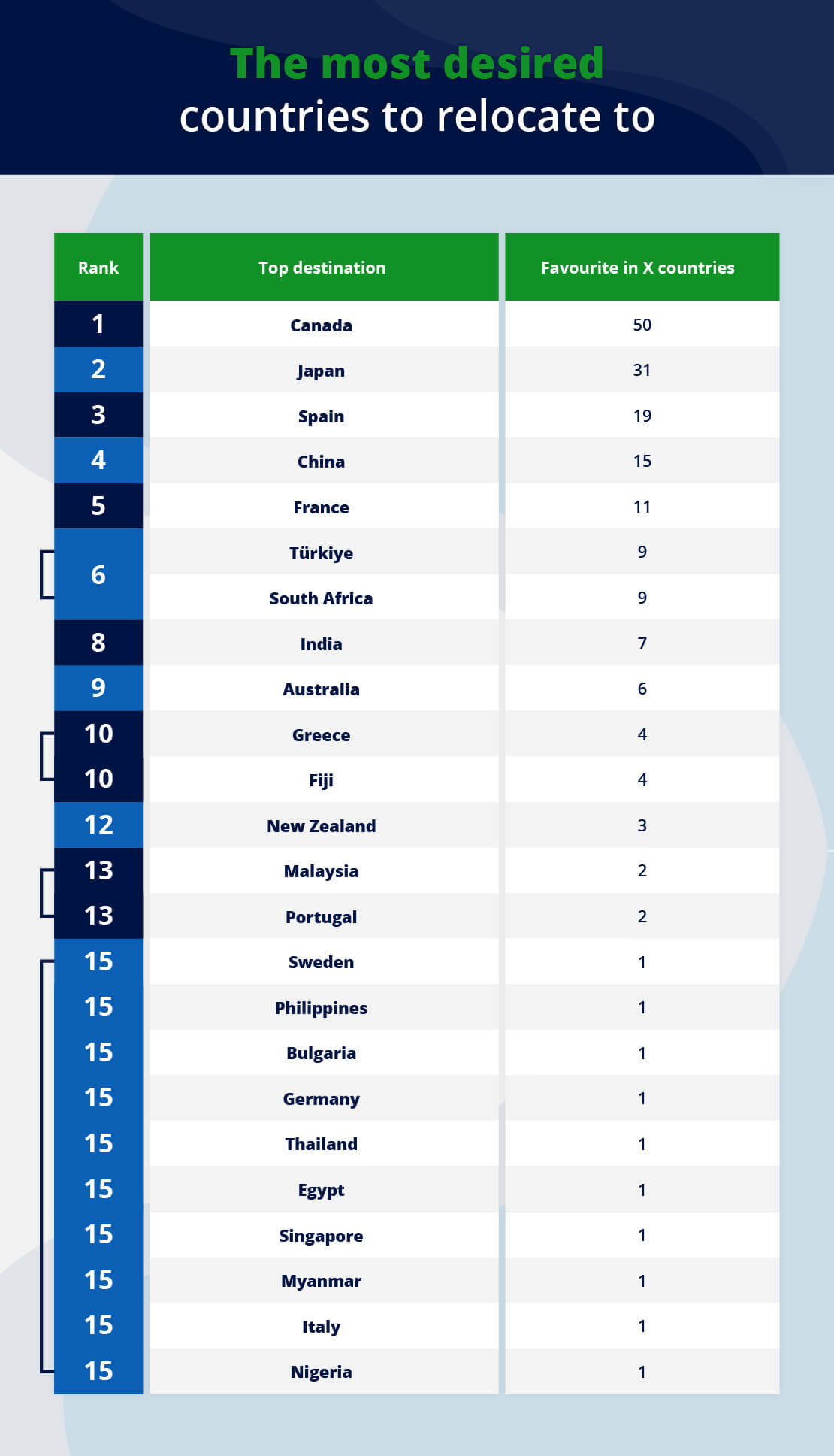 Each country’s most desired relocation destination

Check the map below to see where each country in the world wants to relocate to the most.

While the majority seem to prefer somewhere within the same continent, there are some notable exceptions to this.

As the most searched country overall, we can see that people from as far away as India and South Africa have Canada as their most searched destination.

However, there were also some definite regional trends though. For example, many African nations have South Africa as their most searched destination.

Using Google Ads Keyword Planner, the annual search volume for each of the following terms was found for each country in the world:

This process was then repeated for each country in the world, taking a total of the searches across all four search terms, to reveal where each country wants to relocate to the most.

Note that searches within the same country were removed from the results.

In addition, all searches were carried out in English, as results in native languages proved to give inconsistent results.

Brought to you by Compare the Market: Making it easier for Australians to search for great deals on Home Loans.