How climate change could impact river cities around the world

One of the dangers of climate change is coastal flooding and inundation – but it’s not just coastlines that are at risk. Worst case scenarios show that a range of river cities, even ones that are quite a distance from the coast, are at risk of going under.1

We collated data prepared by Climate Central to visualise what a 4°C (39.2°F) increase to average temperatures could mean to some of the world’s most famous river cities, plus a host of locations here in Australia and abroad.

If you’re dreaming of purchasing a property in one of these cities as a holiday home or idyllic retirement spot, you might want to consider altering your plans.

While science shows the increasing likelihood of rising waters, we also wanted to check the pulse on what regular people think about the dangers of rising sea levels. Our survey found that Australians were equal parts concerned about how rising waters would impact their home (44.2%) and completely unphased by the potential risk (44.6%). Both Americans and Canadians were more likely to have never considered how rising waters may affect them down the line, with 14.8% of Americans and 18.3% of Canadian admitting as much. 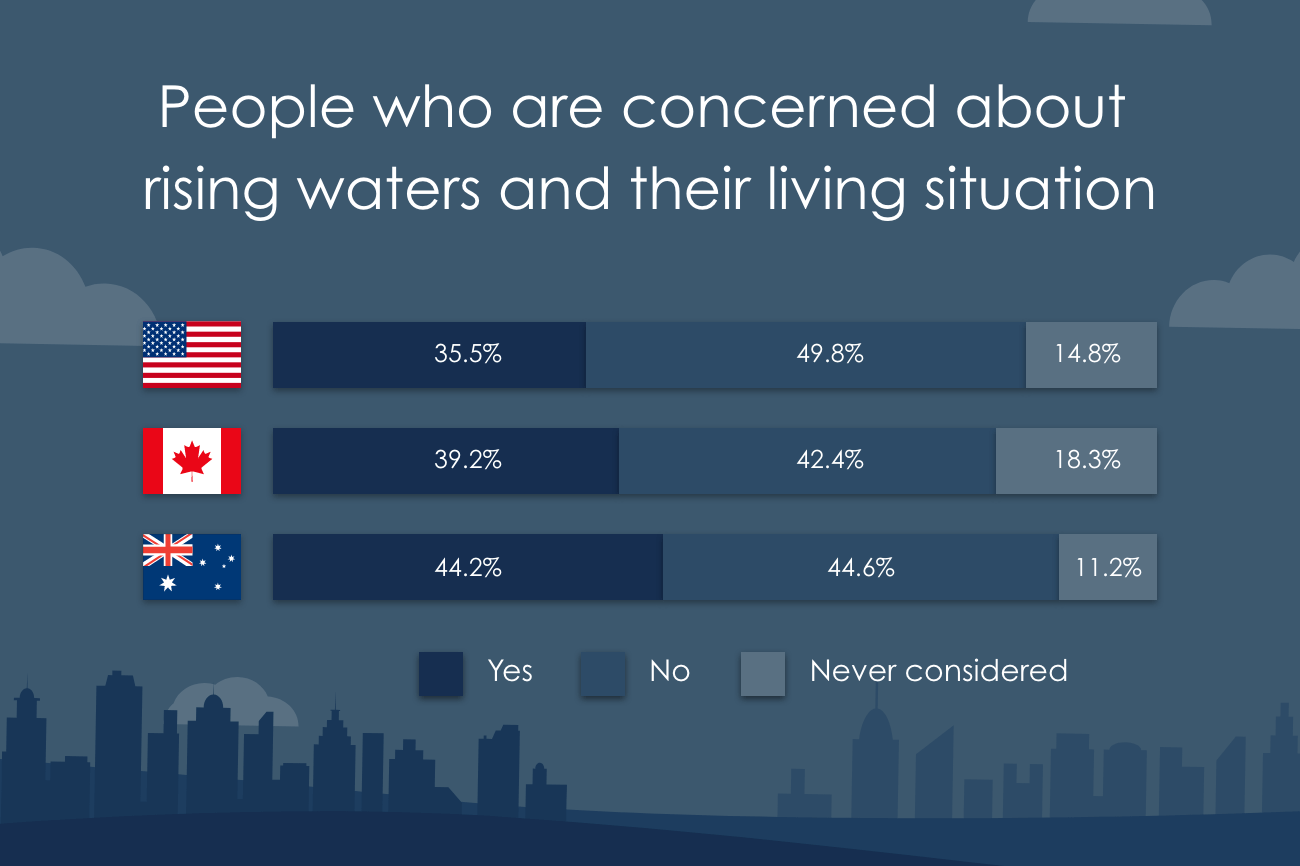 Whether you are looking for a rental for the next 2-3 years or something more long term, it pays to double-check if any potential risks may come from rising water levels, given the pace of climate change.

We used a Keyhole Markup Language (KML) file prepared by Climate Central in Google Earth to get our visualisations. The file was based on findings from a scientific paper by Benjamin H. Strauss, Scott Kulp and Anders Levermann. The scientific paper, “Carbon choices determine US cities committed to futures below sea level” was published in Proceedings of the National Academy of Sciences of the United States of America Volume 112 Issue 44 in 2015. The sea level rises in the visualisation are based on an average temperature rise of 4°C by the year 2100, but do not include any future flood levees or mitigation measures that could be taken.2