The cost of petrol can be pretty volatile, especially in recent months, in light of the COVID-19 pandemic, fluctuating from one month to the next.

But the affordability of fuel also varies wildly between different nations too, as do earnings, so where in the world actually work out as the most affordable places to fill up your tank?

To find out, we’ve estimated the cost to fill a 42L tank of petrol in 37 countries around the world and calculated how that works out as a percentage of the average monthly wage.

N.B. All prices in this piece are in United States Dollars (USD).

The Most Affordable Countries for Fuel

The US has long imposed relatively low taxes on its fuel, which is a large part of the reason why prices are so much cheaper than other developed countries.

Average Petrol Price per Litre – $0.91
Cost to Fill a Tank – $38.05
Average Monthly Income – $3,612
While petrol is usually at least $1 per litre in developed countries, the average price over the last year in Australia actually fell below that at just $0.91 per litre and $38.05 for a tank of petrol, as well as high earnings of $3,612 per month, making it one of the most affordable countries that we looked at.

The Least Affordable Countries for Fuel 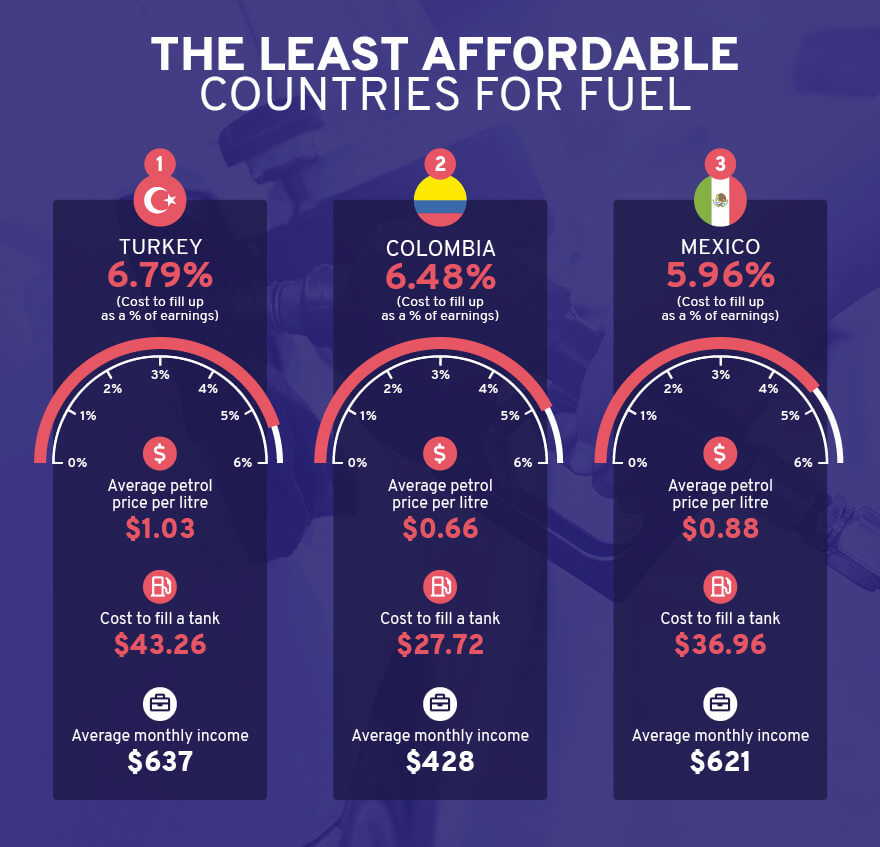 Average Petrol Price per Litre – $1.03
Cost to Fill a Tank – $43.16
Average Monthly Income – $637
At the other end of the scale, the country where fuel was least affordable when compared with earnings was Turkey.
While fuel itself isn’t overly expensive, at $1.03 per litre, the low income levels in the country mean that the cost of filling up a tank of petrol works out at 6.79% of a month’s wages, more than any other country that we looked at.

Average Petrol Price per Litre – $0.66
Cost to Fill a Tank – $27.83
Average Monthly Income – $428
As a developing country, Colombia actually has one of the cheapest fuel prices of the countries that we looked at, but with monthly earnings equating to just $428 a month, this means that it still costs over 6% of the average monthly income to fill a tank of petrol.

Average Petrol Price per Litre – $0.88
Cost to Fill a Tank – $37.14
Average Monthly Income – $621
Similar to Colombia, Mexico actually enjoys fairly low fuel prices at $0.88 per litre or $37.14 to fill a tank, but once again, the fact that wages are so low, means that it actually works out at one of the least affordable places, with the cost to fill a tank equating to 5.96% of a month’s wages. 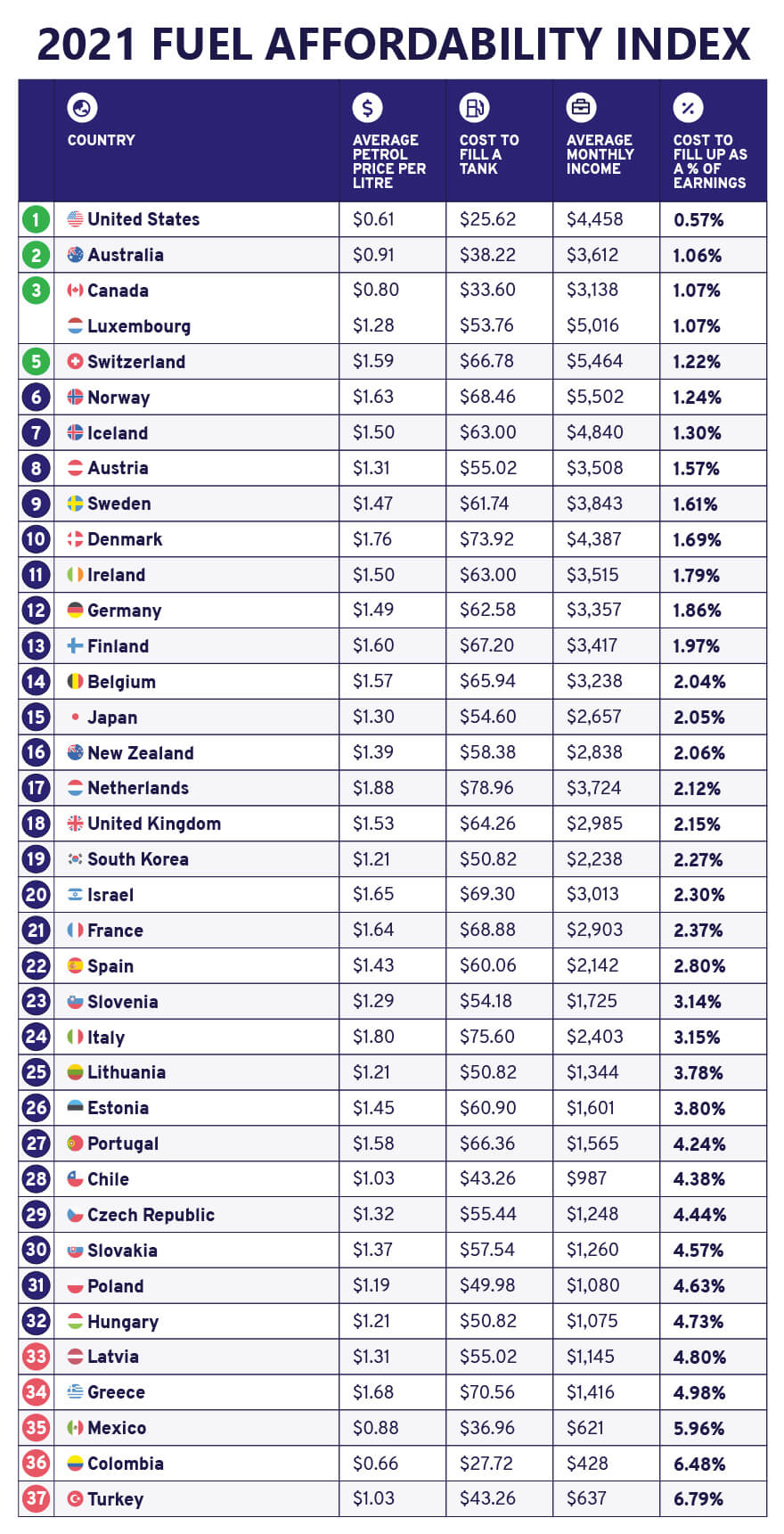 To calculate the cost to fill a tank of petrol, we took the average fuel price per litre for each OECD country from Trading Economics taking an average price across the last twelve months for each.

We then multiplied this by 42 to show the average cost to fill a tank of an average-sized car (in this case, a Ford Fiesta).

Finally, we divided this figure by the average monthly income in each country (according to the World Bank) to calculate the cost to fill a tank as a % of monthly earnings.

All prices in USD.

Brought to you by Compare the Market: Making it easier for Australians to search for great deals on Fuel and Car Insurance.