Ready to shop for a policy? We'll help you find great value

Compare Now
We do not compare all brands in the market or all products offered by all brands. At times certain brands or products may not be available or offered to you. Learn more about how our comparison service works.

Western Australia is known for its abundant beauty and diverse landscapes. From Fremantle’s lapping waterfront and Perth’s bustling city centre to Margaret River’s famed wineries, and the rugged red earth of the stormy North West; there’s plenty to see and explore – especially by car.

While driving through Western Australia is filled with wonderful views, some roads can be challenging, particularly when it comes to heavy traffic areas or remote landscapes with unpredictable wildlife.

According to the Australian Bureau of Statistics, more than 2.2 million registered vehicles in the state each travelled more than 12,400 kilometres in 2018.[1] Taking out car insurance in WA is important so you can protect your car and keep adventuring.

Your options for car insurance in Perth and beyond

You can take out four different types of car insurance which will cover you in Perth, WA and the rest of Australia. You’ll automatically get Compulsory Third Party (CTP) insurance when you pay for your car’s registration, but may want to consider other options for extra cover. These include:

Every vehicle on Australian roads must have Compulsory Third Party (CTP) insurance. It’s the minimum level of car insurance in WA that’s automatically built into your car registration costs each year you renew. This type of insurance covers you if you’re ever responsible for third party injury or death from a car accident. CTP insurance doesn’t cover damage to other vehicles or property, including your own. If you do get into an accident and only hold this level of cover, you may have significant out-of-pocket expenses.

Third Party Property car insurance protects you against damage, liability costs and repairs to other vehicles or property in an accident. There’s no cover for your car with this type of insurance, meaning it doesn’t cover damage to your car or property in an accident (including repairs and replacement) or if it’s damaged by weather events such as fire or flood. It also doesn’t cover the cost of replacing your car should it be stolen.

In addition to what’s offered by Third Party Property car insurance, this type of car insurance in WA also covers the repair or replacement costs associated with your vehicle from theft or fire. Depending on the policy, it may also cover damage to your vehicle caused by an at-fault, uninsured driver – although, repairs will only be covered up to a specified limit.

Comprehensive car insurance is, as its name suggests, the most comprehensive form of insurance you can take out for your car. It covers the repair and replacement of your car if it’s affected by fire, theft, accidental damage, or certain weather events. It can also cover the repair and replacement costs of any vehicles or property that are damaged in an accident where you’re at fault.

Be aware that cover differs between insurers and it’s always important to read your policy’s Product Disclosure Statement (PDS) to know exactly what you’ll be covered for.

Do you need comprehensive car insurance in WA?

Comprehensive car insurance in WA is optional for all drivers; the only cover that’s compulsory for drivers is CTP. Other levels of cover will give you added protection against repair costs and theft, but this will come at an additional cost.

Also, keep in mind that the average market value of a car in Western Australia in 2018 was $18,202, based on quotes from visitors to our website. Would you be able to afford to pay for your car’s repair and replacement costs out-of-pocket, as well as damage to another driver’s car or property? If you’re unsure, you may want to consider something other than CTP.

Our table provides you with a clear snapshot of the difference between each type of car insurance.

Please note: There are other factors that can affect your ability to claim, no matter the level of car insurance you take out. It is therefore important that you read your policy’s PDS to be aware of any specific exclusions/conditions in your cover. 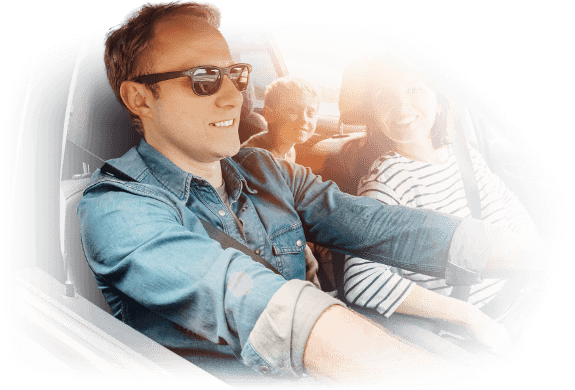 Which car insurance features do WA drivers look for?

While some car insurance features can come at an additional cost to your premiums, they can be worth taking out for that extra level of care if the unexpected were to happen. Some features insurers may offer include:

How much will comprehensive car insurance cost a driver in WA?

The cost of comprehensive car insurance varies, depending on the provider and your personal circumstances. Some factors that commonly impact the amount you pay include the age of drivers, the type of vehicle you’re driving, the excess you agree on and your claims and driving history. Find out which other factors may impact your premium by reading about how car insurance is calculated.

Comparing car insurance is easy with us

We make it easy to compare a range of car insurance policies from a number of brands.

Finding deals and prices that meet your needs is simple with our comparison tool.

Our online comparison tool allows you to compare quotes in just minutes, all in the one place. No more searching through numerous websites to find great value.

More money in your pocket

It doesn’t cost you anything to compare WA polices. Learn more.

Does living in WA influence how much you pay for insurance?

Car insurance in WA is similar to most other Australian states and territories. While WA is generally a safe place to call home, there are some variables that can influence the price of car insurance premiums.

As WA is an amalgamation of both urban and rural, you may notice your car insurance premiums increase or decrease depending on (for example) where you drive, or where you park your car. Other factors include:

Check out our article about ways to reduce your car insurance premium.

No matter which state you live in, there will always be someone breaking the law. According to the National Motor Vehicle Theft Reduction Council, there were 7,537 car thefts in WA during 2018 – making up more than 14% of all thefts in the state.[2] Being covered by the right level of insurance would ensure you were covered under these circumstances. If possible, make sure your car is effectively secured when parked, particularly between 4pm and 8pm on Fridays – a popular time for car thieves to spring into action.[3] 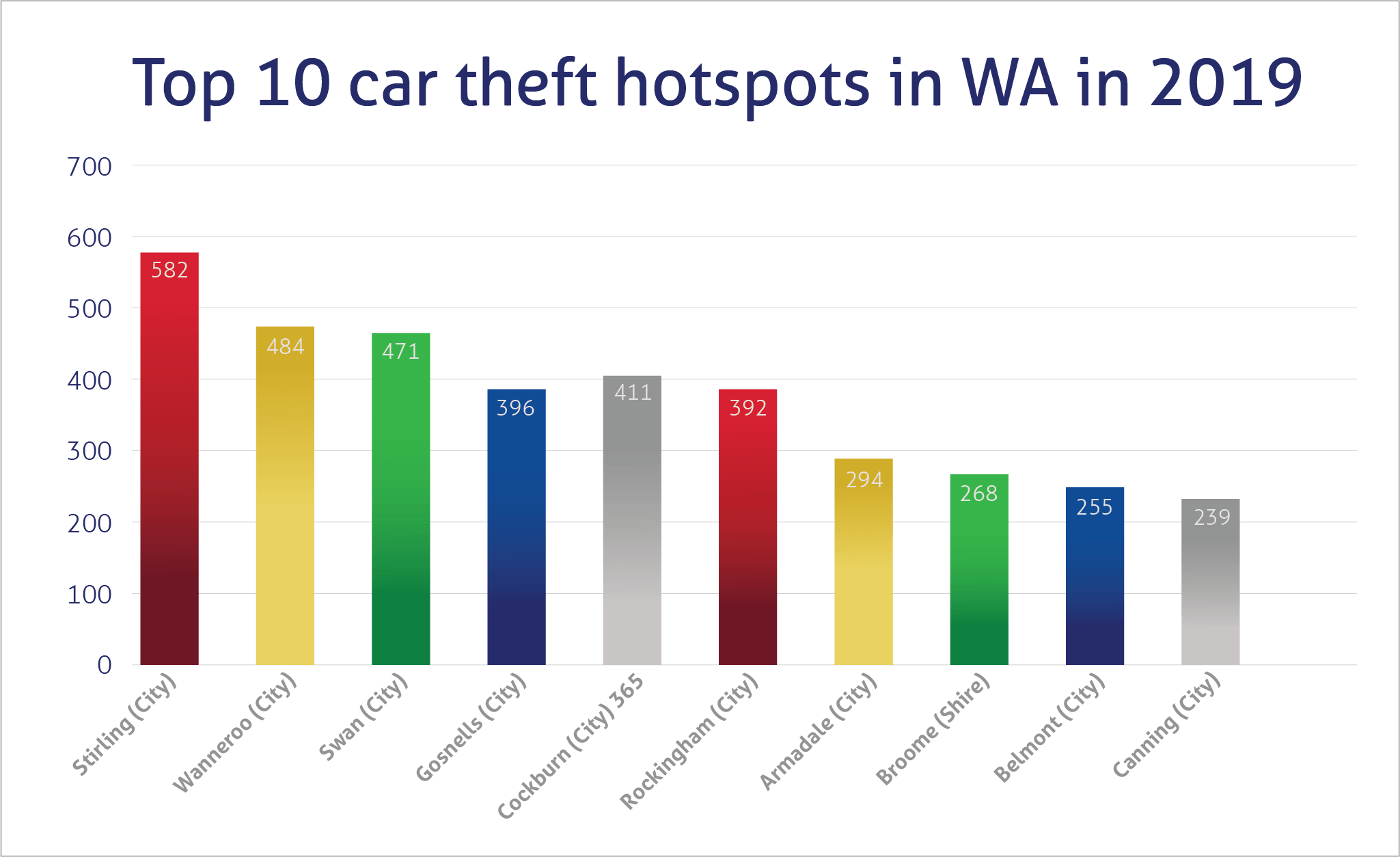 Road dangers that may affect car insurance in WA

While we may do everything in our power to drive safely and lawfully on the roads, other drivers may not follow the same rules.

According to the Road Safety Commission, 161 people died on WA roads in 2018.[5] Of these, 52 were due to speed-related crashes and 30 were alcohol-related crashes. The remaining fatalities were caused by non-seatbelt use, fatigue and not paying attention behind the wheel.

While 61 people died in metropolitan Perth, 100 deaths occurred in regional areas. On top of this, unpredictable wildlife can make driving on the roads challenging. Kangaroos, camels and cattle often roam across the road, especially at night. As such, it’s important that you remain vigilant on the roads in order to stay safe.

Still have some burning questions? We’re here to answer them.

If I move house, could my car insurance be affected?

Moving house may affect your car insurance premiums. If you move to a postcode that is considered riskier due to higher rates of theft, or a busy city centre where car accidents occur more frequently, you may notice a rise in your premiums, especially if you’ve come from an area that’s relatively safer.

I’ve claimed on my car insurance before. How will this affect me?

Does my car insurance become cheaper when I turn a certain age?

People aged between 20 and 29 are most likely to be involved in car fatalities in Western Australia.[6] With younger drivers at a higher risk of being involved in a car accident, many insurance companies will charge a higher premium. If you’re an older driver but someone younger uses your car, you may still need to pay additional insurance to cover them.

What other factors affect your car insurance cost?

Car insurance premiums can be affected by the type of vehicle you’re driving, as well as any modifications that may impact the car’s driving safety. Your age, driving history and your gender may also impact your premiums. Conversely, car immobilisers, antilock brakes, alarms, and other anti-theft features may help reduce your car insurance premiums.

Furthermore, parking your car in a locked garage as opposed to a busy street can help reduce the cost of your cover, especially if you’re parked in an area that has a high rate of theft or vandalism. Check out our article about how car insurance is calculated.

My car has hail damage. Can I get cover?

While car insurers (depending on the type of cover) can cover your car against hail damage, it can be harder to obtain cover for cars with pre-existing hail damage. If insurers do provide cover for hail-damaged cars, their premiums may be more expensive. For further information, read car insurance for hail damage.