Is the fashion industry tearing apart at the seams?

We’ve all heard of child labour, low wages, and systemic exploitation of workers, but cost-cutting can also take lives. On the 23rd of April 2013, cracks were discovered in the Rana Plaza – a Bangladesh garment factory – and ignored. The next day, the building collapsed, killing 1,132 people.1

So, apart from fabric and stitching, what’s really in a t-shirt?

According to online ethical brand directory Good On You, most clothing brands have supply chains riddled with low paid workers, forced labour and high carbon footprints.

They found some female migrant workers were enduring mandatory pregnancy testing and deported if pregnant. It’s worth noting that garment factories or ‘sweatshops’ heavily rely upon migrant workers, most of whom are young and female.

Bronwyn King, CEO of Tobacco Free Portfolios and ethical campaigner, said, ‘We’ve all been a part of a business model built on exploitation; t-shirts shouldn’t cost $5.’

‘It’s time for productive dialogue with brands. We need to urge them to take human rights and workers’ rights into consideration when they map out their supply chain.

Do people care about ethics when buying clothes?

However, a survey conducted by e-commerce platform Nosto found while 52% of customers want more ethical clothing, only 29% would pay more for sustainably made equivalents.6 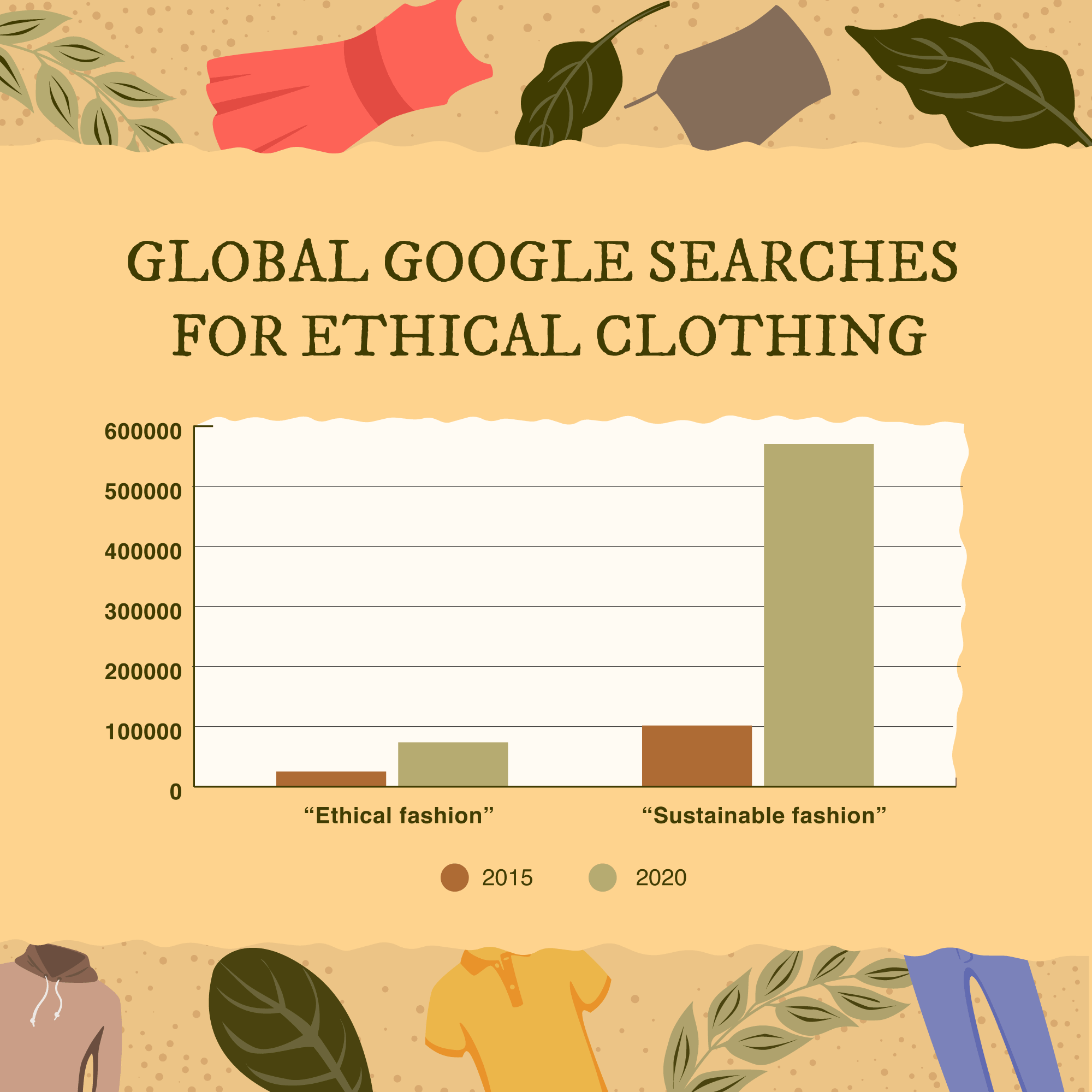 To gauge public opinion on ethical clothing, we asked Australian, American and Canadian adults whether they have concerns about the ethicality of their clothing. We found that almost two thirds (61.6%) of Australians said that they are concerned about how ethically sourced their clothes are. This number is reasonably on par with what 59.6% of Canadians think about ethically sourced clothing, while our American counterparts (47.1%) seem a lot less concerned.

However, the thread’s a bit more washed out when we asked about how that plays into people’s decision making when purchasing items. Only 18.3% of Australians said that they always and actively avoid non-sustainable brands and fashion. On the other end of the scale, just over a third of Australians make purchases that are not influenced by the sustainability of the item or brand. Again, Canadians and Australians think quite alike on this issue, with almost identical results, while Americans tend to overlook the sustainability of items a bit more with only 13.9% of people actively opting towards sustainable fashion.

Why does ethical clothing cost more?

There are multiple reasons why buying ethically made clothing costs more money; here are a few:

The fast fashion industry is the reason why clothes are so cheap, and ethical fashion seems expensive by comparison.

Common hallmarks of the fast fashion business model are cheap, non-biodegradable materials, worker exploitation and high turnover of clothes resulting in excessive waste. In fact, the fashion industry produces 20% of global wastewater and 10% of global carbon emissions, according to the United Nations (UN).7

Gordon Renouf, CEO of the online ethical brand directory Good On You said, ‘Fast fashion marketing encourages us to believe we need to shop more and more to stay on top of trends, creating a constant sense of need and, ultimately, dissatisfaction.’

‘Fast fashion marketing encourages us to believe we need to shop more and more to stay on top of trends, creating a constant sense of need and, ultimately, dissatisfaction.’

Gordon Renouf, CEO
Good For You

A call for transparency in the fashion industry

Organisations like Fair Labor Association, Ethical Trading Initiative and Sustainable Apparel Coalition set standards and support compliance in the fashion industry. However, it’s often the media and ethical campaigners who pressure brands to improve, governments to protect their citizens, investors to divert funding and consumers to alter buying behaviours.

According to Gordon Renouf, ‘Brands need to publish detailed information about what they’re doing well, what impacts they need to address, and where they’re trying to improve.’

In 2016, a coalition of nine labour and human rights groups created the ‘Transparency Pledge’. The objective of the Transparency Pledge is to get clothing brands to disclose information about each phase of their supply chain.8

While transparency doesn’t always equate to ethical behaviour – it shows progress. Major brands, including Adidas, Lacoste, H&M group, and Patagonia have already aligned with the pledge.

American outdoor apparel company, Patagonia is one of the benchmarks for transparency, with their website stating how they produce their products, their factory locations (59 in total) and what they’re doing to become more ethical, including one per cent of sales being donated to environmental causes.9

Do you want to know how your favourite brand stacks up? Fashion Revolution released its fifth annual Fashion Transparency Index in 2020. The index reviews 250 brands and gives them a percentage score based on transparency surrounding their policies, practices, and supply chain.10 H&M Group scored the highest with 73%.

Today, consumers can see how their favourite brands operate. Therefore, every dollar you spend on clothing can be a vote for what you believe in. 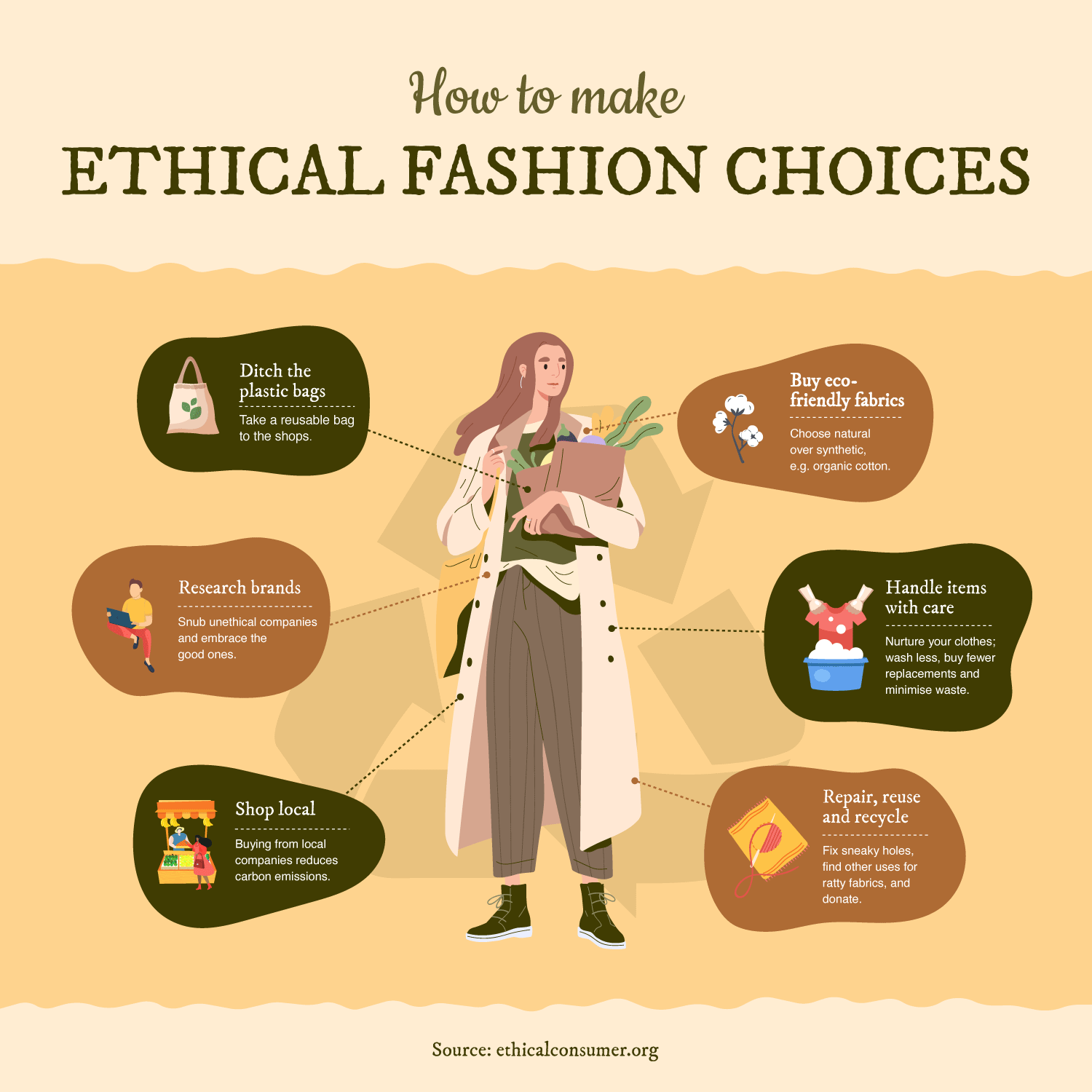