How do road rules differ across Australia? 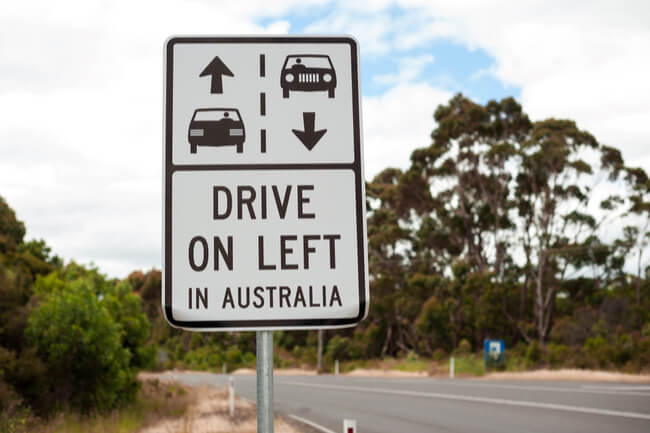 You’re driving along on a rainy day when you see a group of people huddled at a bus stop, waiting for the next service. There’s a large puddle of muddy water on the road in front of them. You try to swerve around it, but, gosh darn it, your tyre still hits it, and the sludgy water erupts into the air.

In your rear mirror, you see several now-wet people angrily shaking their fists at you.

As well as attracting the ire of pedestrians everywhere, a stunt like that in NSW might land you in a spot of bother with the law: a tidy 20 penalty units, or a $2,200 fine, to be exact.[1]

While we all know to follow the speed limit and stop at red traffic lights, some road rules differ slightly across the Australian states and territories – and some rules are more whacky than others.

From toll roads and U-turns to horn honking and splashing pedestrians, we’ve compiled a list of some road rules that you should watch out for when travelling throughout Australia.

The following is a guide only and is not designed to advise or inform of the road laws in each state and territory. Consult your state or territory’s government/transport authority, or that of the state or territory you’re visiting, for information on road laws.

Of the 16 toll roads currently operational across Australia, eight are in NSW, six in QLD and the remaining two in VIC.[2] All Australian toll roads are now cashless, meaning you don’t have to stop at a booth and physically pay your toll. What’s more, most tolls are fixed, so you won’t pay a different rate depending on what time of day you travel on that road.

The following is a list of Australian toll roads by state:

You can find out how much the tolls are for these roads by using the toll calculator available on the website toll payment provider Linkt.

If you’re a visitor and need to travel on one or more of these roads, you have several options for paying the toll. In QLD, for example, you have up to three days after you travel on a toll road to pay the fee, which you can do by contacting the toll payment provider Linkt.[3] If you don’t pay your toll within three days, the registered owner of the vehicle you were driving in will receive an unpaid toll notice from the payment provider.

If you’re driving a rental car interstate, you should check your rental company’s tolling arrangements.

No doubt we’ve all given our car horns a friendly toot in farewell as we leave a friend’s house, but alas, we can toot no longer under the Australian Road Rules’ (AARs) Rule 224. Rule 224 states that a driver must not use their car horn unless they’re warning other road users or animals of their approach, or if the horn is part of an antitheft or alcohol interlock device fitted to their vehicle.[4]

While the ARRs serve only as the basis for each state’s and territory’s Road Rules and have no legal effect themselves, the states and territories have adopted most of the ARRs into their own laws.[5] So, you might want to check your state or territory’s Rule 224 before tooting your horn all the way down your friend’s street.

May we suggest you wave a friendly farewell instead?

Many of us have probably passed an emergency vehicle on or beside the road, but did you know some states and territories enforce speed limits and other rules when passing these vehicles?

In mid-2018, for instance, the NSW Government introduced and began a 12-month trial of a law that requires drivers to slow down to 40km/h when passing a stationary emergency vehicle with flashing red and blue lights.[8] The impacts of the law on safety and traffic will be evaluated at the end of the trial.

A similar rule is already in force in Western Australia (WA), wherein a driver approaching a stationary emergency vehicle with flashing lights must slow to 40km/h and move over (if safe to do so) to pass the vehicle.[9] This law was introduced to help ensure the safety of emergency service personnel attending roadside incidents and also applies to tow trucks, roadside assistance vehicles and Main Roads incident response vehicles.

Drivers in South Australia (SA), however, must slow down even further. Since 2014, the speed limit is 25km/h when passing stationary emergency services with flashing red and blue lights.[10] The law also applies to drivers passing through a stretch of road – where an emergency vehicle has stopped – that’s had flashing lights set at either end of it by an emergency worker.

Some states, like QLD, don’t appear to have a legislated speed limit for drivers passing emergency vehicles. QLD’s road rules require drivers to safely slow down and move out of the way of oncoming emergency vehicles with flashing lights or sounding alarms. However, these rules make no mention of passing stationary emergency vehicles at a particular speed.[11] Overall, you should still exercise safety and caution when near emergency incidents. 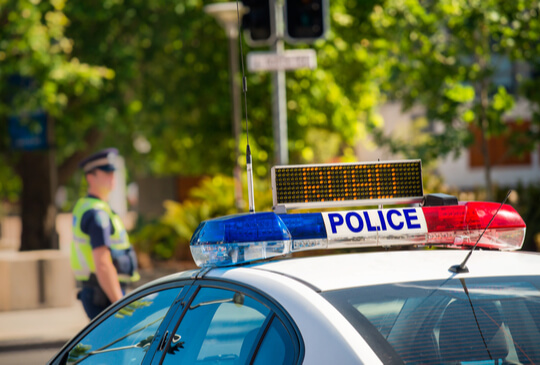 Of course, the other, common rules of U-turning still apply; you must ensure you have a clear view of both directions of traffic, use your indicator to signal you’re turning, give way to all vehicles and pedestrians, and make your U-turn without disrupting traffic.

So, if you’re a Victorian driving in another state or territory, you might want to keep an eye out for any signage at traffic lights you pull up to before making your turn.

Entering as a strong contender for the Most Weirdly Specific Law – in our opinion, at least – is the rules for making your vehicle secure, outlined by the ARRs and adopted by several states and territories, including QLD and NSW.

This rule further states that a window is secure as long as it’s not open by more than two centimetres; in QLD, however, your window can be open up to 50mm (or five centimetres) and still be considered secure.[14]

In both QLD and NSW, the penalty for breaking this rule is 20 penalty units, so you might want to double check (maybe with a tape measure) that your vehicle is properly secured if you want to avoid copping a fine.

However, on some roads in the NT the speed limit is much higher. A 130km/h speed limit applies to certain lengths of NT roads when indicated by signage, and on some roads a speed derestriction sign applies, meaning that there is no speed limit for that length of road.

For more information and specifications about NT’s default speed limits and other road rules, be sure to check the official Traffic Regulations 1999.

Perhaps one of the most unique road rules in the country is NSW’s rule against splashing mud on bus passengers.

Rule 291-3 of the NSW Road Rules 2014 (current as of February 2019) states that a driver must be careful not to splash mud on people on a bus, entering or leaving a bus, or waiting at a bus stop.[17] The rule also states that the driver must slow down or even stop their vehicle to avoid splashing mud on bus passengers.

If you do happen to splash bus passengers with mud, you could be looking at a maximum fine of 20 penalty units, which in NSW is currently $110[18], so you could be slapped with a $2,200 fine.

Since the rule specifies only bus passengers as safe from slashing mud, other pedestrians strolling through NSW may want to keep an eye on approaching cars when walking past puddles.

New South Wales Government Copyright in legislation and other Material. Compare the Market does not warrant the accuracy or completeness of the above material. The above material is current as of February 2019. 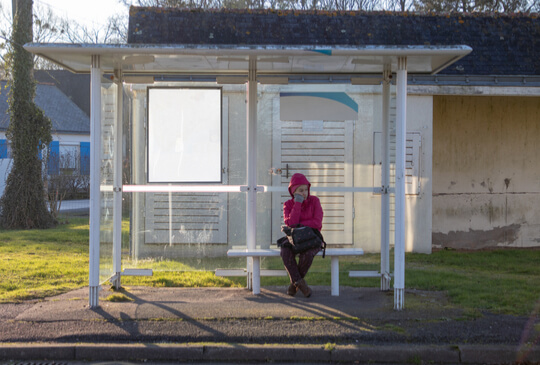 One more thing you should know…

If you’re planning on travelling interstate and hiring a car to get around, consider taking out a comprehensive travel insurance policy.  Many comprehensive travel insurance policies will cover the excess your rental company will charge (which is often several thousands of dollars) if you’re involved in an accident, or your rental vehicle is stolen.

However, just be aware that you may void your cover if you break any road rules or contravene any laws, which is why it’s doubly important to check the road rules of the state or territory you’ll be driving in before you depart.

Visiting from overseas? Make sure you take out a suitable travel insurance policy in your home country before you depart for Australia.

If you’d like to learn more about cover for car hire excess, you can visit our what is travel insurance excess? page for more information.

Eliza is our Contributing Sub-Editor, with a specialisation in SEO content. As a long-time writer at Compare the Market, Eliza has developed a keen interest in all things Insurance and is passionate about providing Australians with accurate and helpful insurance information. She graduated from QUT with a Bachelor of Creative Industries, majoring in Creative and Professional Writing. 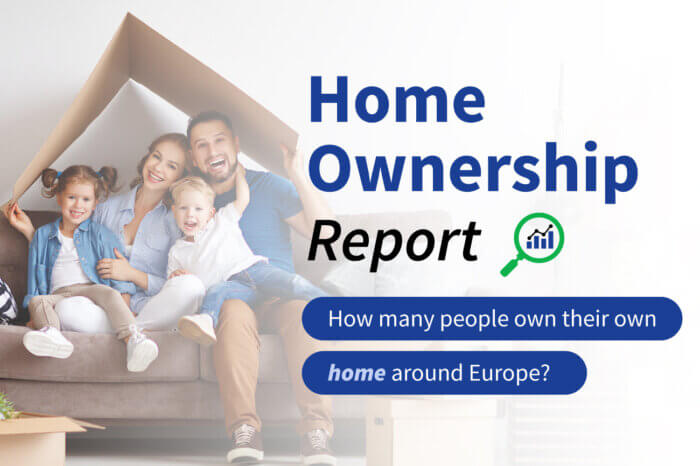 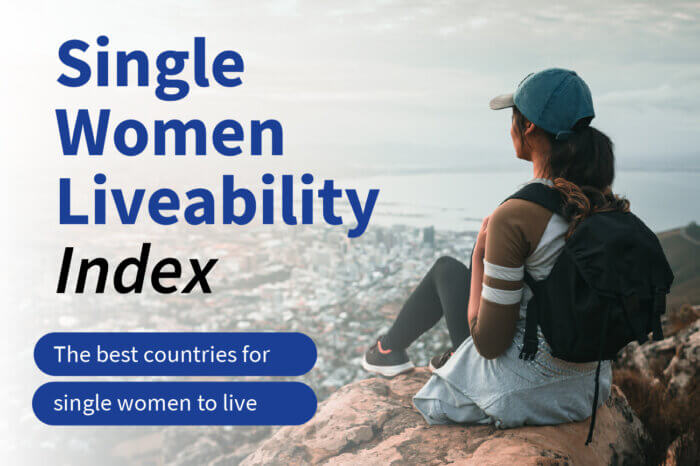