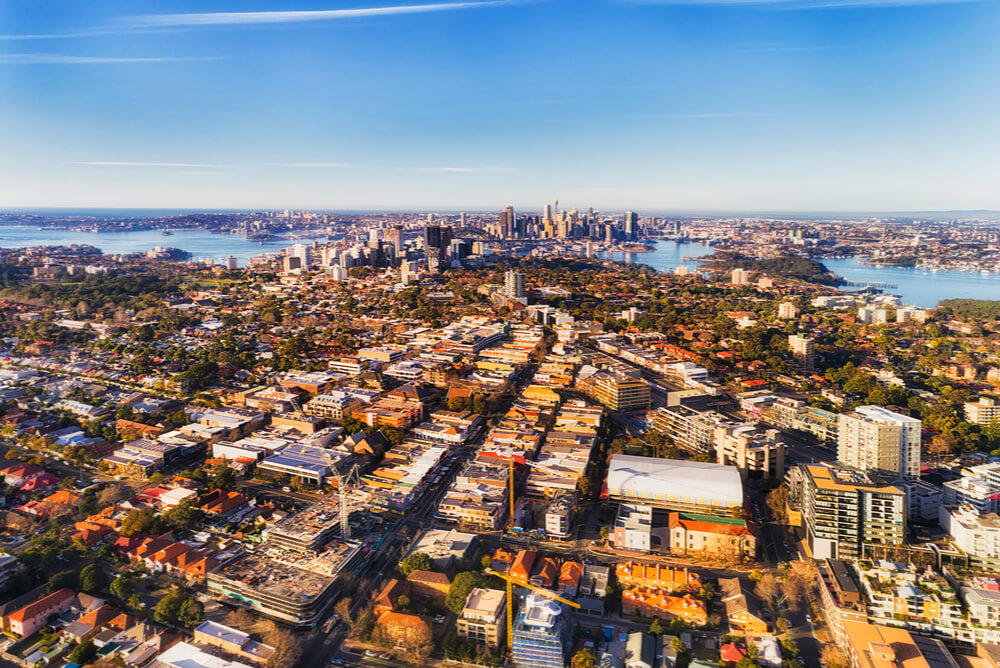 New research sheds light on just how far away from the city you might have to look in order to buy a home.

The PRD Major City Metro Update 2nd Half 20211, released today, divides the property markets of each major city into three different rings based on their proximity to CBD: inner-city (0-5km), middle (5-10km), and outer rings (10-20km).

PRD analysed data over the six months to June 2021 for Sydney, Brisbane, Melbourne, Canberra, Perth, Hobart and the Gold Coast, and the results across each market show plenty of differences between a number of different, vibrant markets.

Perhaps unsurprisingly, while the suburbs further away from the CBD have lower median prices and are more affordable, those closer to the city have recorded higher growth for their owners. 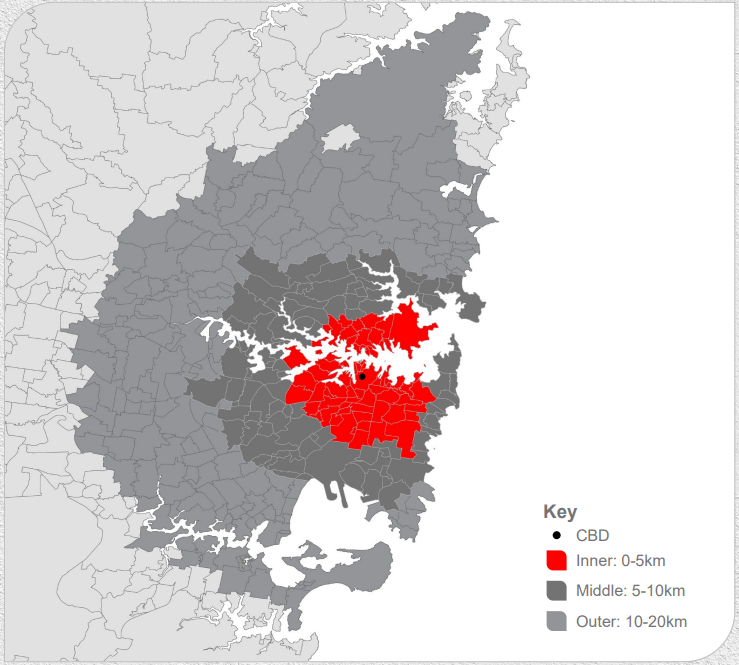 Sydney recorded the most substantial price growth over a five-year period, with median house prices across all three rings averaging a 13.43% increase between 2017 and 2021. That’s a median price increase of $255,667 when averaged across all three.

PRD’s data also shows Sydney comfortably has the highest prices in general, with the median house prices for both inner and middle rings sitting at and above $2.4 million.

This makes outer suburbs the most affordable for Sydney home buyers. According to PRD, buyers with a budget of $1,500,000 or less can only access 11.1% of Sydney’s inner ring and 12.4% of the middle ring, compared to 43.1% of the outer ring.

Price growth for units was also much more stable, with median unit values the highest in outer suburbs at just 3.1% since 2017.

Units in outer Sydney were also the only Sydney property where buyers scored a discount, with final purchase prices sitting 0.8% below the initial asking price.

For comparison, houses in inner Sydney were sold at an 8.8% premium. 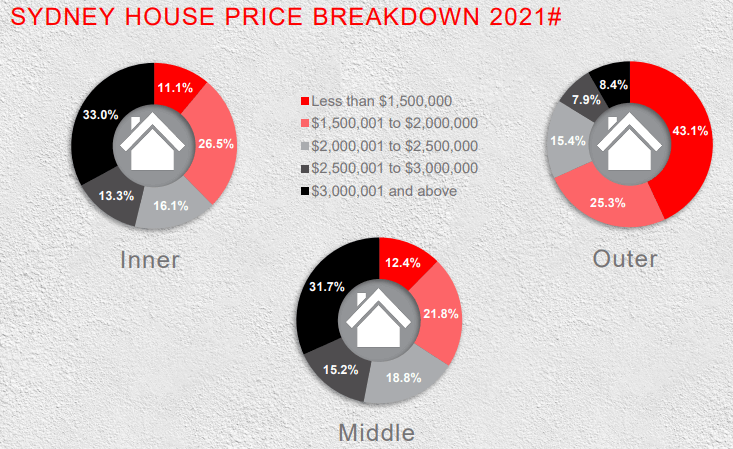 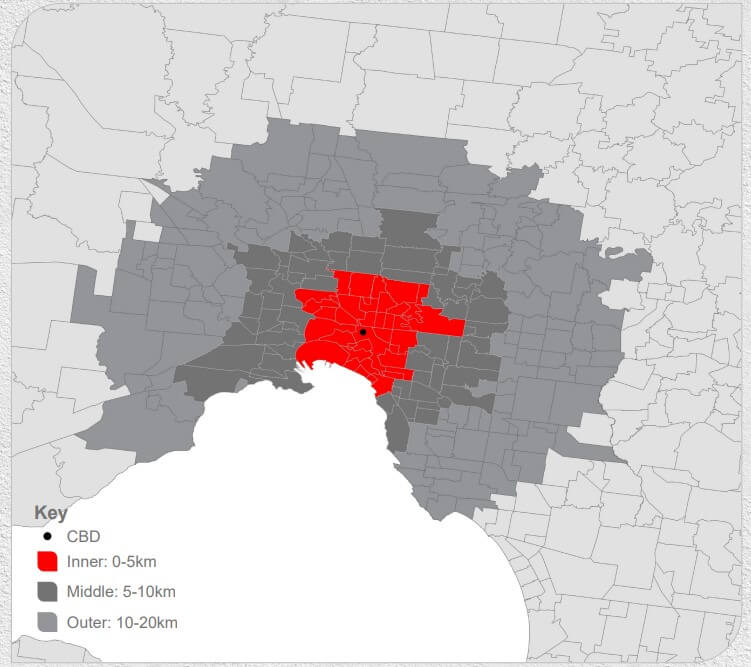 Melbourne’s property market has seen “exceptional growth” between 2017-2021, particularly in the outer ring, where median prices rose by 11.5% for houses and 15.7% for units.

According to PRD’s report, the outer ring remains the most affordable option, and while median prices there are inching closer to the $1 million mark at $920,000 (houses), this is still well below Sydney.

“As the city faced COVID-19 lockdowns and restrictions, the outer ring market continued to surge due to working from home options becoming more commonplace and Government stimulus to increase homeownership,” the report notes.

“The outer ring recorded the highest median house price growth in the past 5 years (and) remains to be the most affordable option.

“Middle and outer ring unit prices continue to outpace that of the inner ring, with the outer ring being the most expensive.”

Buyers looking for a bargain can snag an average 2.6% vendor discount off the listed sale price on an inner-ring unit in Melbourne. 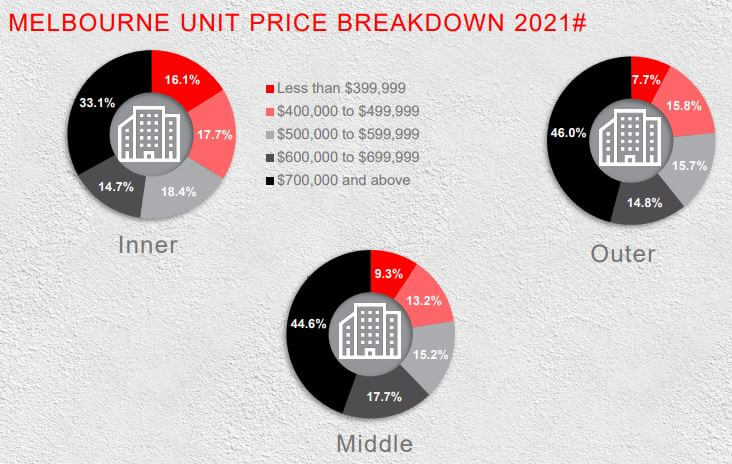 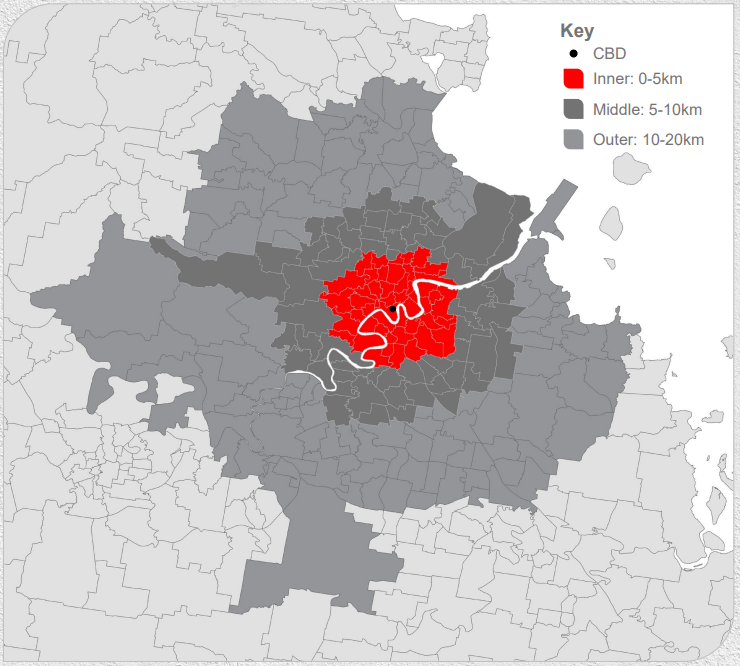 Strong interstate migration from all over Australia is a key reason for Brisbane’s high levels of growth.

“Median house prices have shown solid growth in all rings since 2017, indicative of continued confidence in the Brisbane market,” the report said.

“Median house rental prices have strengthened, particularly in the middle and outer ring, as working from home becomes a norm.” 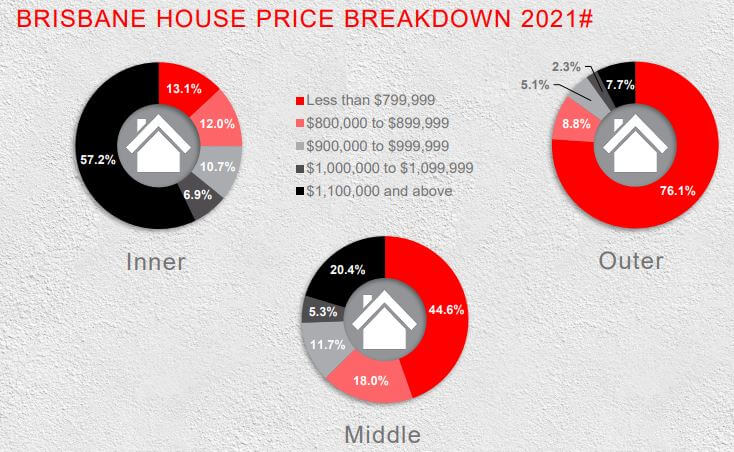 Demand for property at an all-time high

Lockdowns have seemingly done nothing to stop the relentless quest to buy property, with new data from REA showing email enquiries to agents are at an all-time high.

The REA Insights Housing Market Indicators Report for September 2021 revealed the volume of email enquiries to real estate agents rose 12.2% over just one month in August, mostly due to millions of people being unable to attend open homes.

Houses remained the dominant type of property enquired about with 61.9% of all enquiries, followed by units (29.1%) and then land (9.0%).

“It is likely pent-up supply and demand will be released once lockdowns ease and the typical  increase in new listings that comes with spring could help provide buyers with more choice and reduce some of the competition for individual  properties.”

What are Sydney’s inner ring suburbs? (0-5km from the CBD)

What are Sydney’s middle ring suburbs? (5-10km from the CBD)

What are Sydney’s outer ring suburbs? (10-20km from the CBD)

What are Melbourne’s inner ring suburbs? (0-5km from the CBD)

What are Melbourne’s middle ring suburbs? (5-10km from the CBD)

What are Melbourne’s outer ring suburbs? (10-20km from the CBD)

What are Brisbane’s outer ring suburbs? (0-5km from the CBD)

What are Brisbane’s middle ring suburbs? (5-10km from the CBD)

What are Brisbane’s outer ring suburbs? (10-20km from the CBD)