Do you ever sit in peak-hour traffic, listening to the same podcast or top hit on the radio, and wonder: how else could I get around?

In other parts of the world, some communities aren’t driving down an everyday highway or taking your average train or bus. From hovering across the ocean to navigating a road that vanishes twice daily, some commuters are challenging travelling convention to get from A to B.

We’ve explored 10 of these unique ways to commute. So you can truly appreciate how encompassing some of these commutes are, we’ve ranked them based on their total distance: one being the longest distance and 10 the shortest.

Instead of navigating the congested and narrow roads between La Paz and El Alto in Bolivia, residents and visitors can ride above it.

Coming in at number one with a total length of 33 kilometres (20.51 miles), the Mi Teleférico (‘my cable car’) offers an aerial transport system where commuters can avoid sometimes hours of travel between these busy metro areas.1

According to developer Doppelmayr, Mi Teleférico is the world’s largest urban cable car network. First opened in 2014, such a system serves as the principal mode of transport for over 300,000 passengers per day. 2 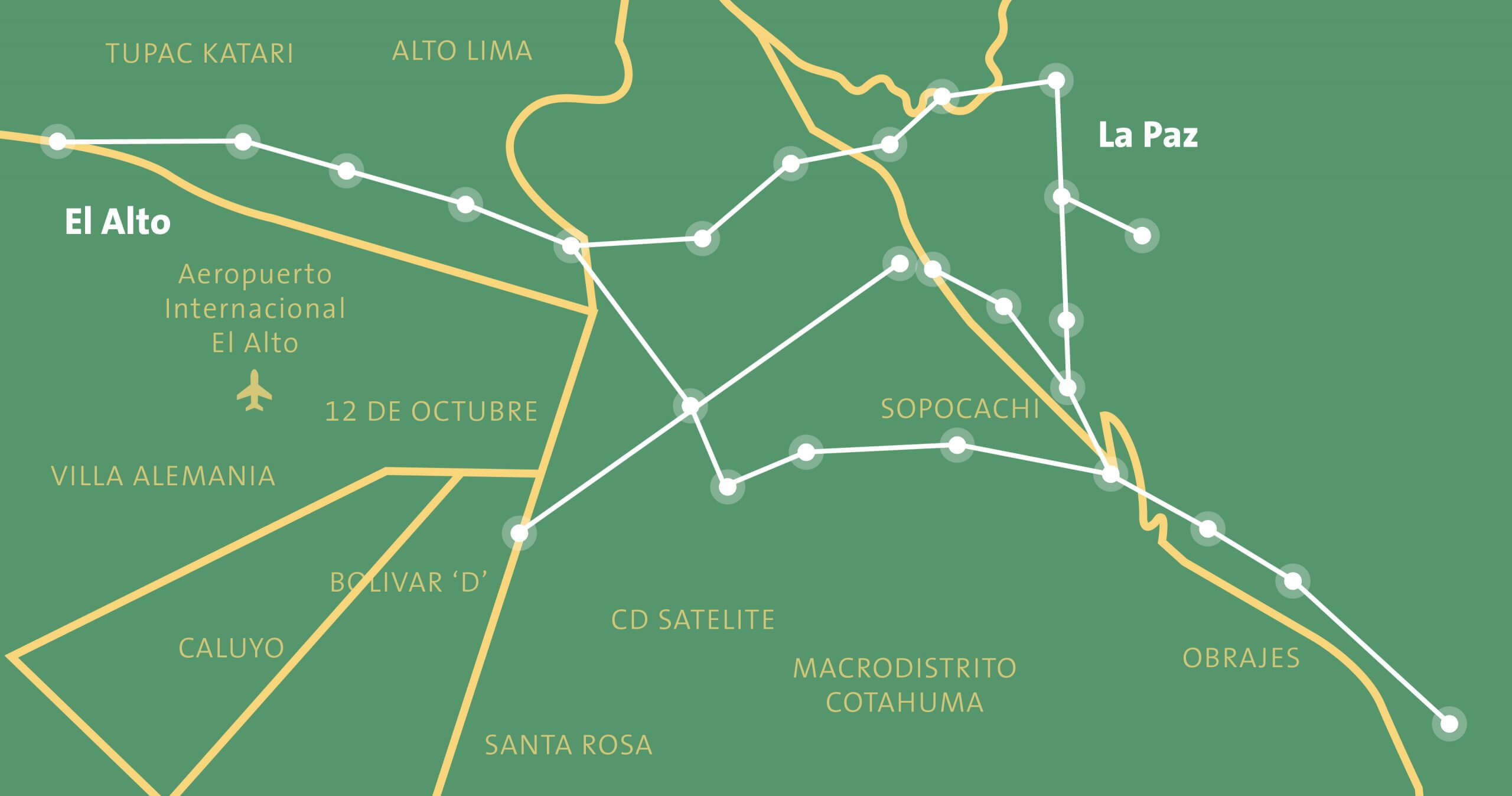 In parts of the world, some rely on the power of their best friend to carry out daily duties. In Denali National Park and Preserve, Alaska, this is the case for rangers and their well-respected Alaskan huskies.

According to the National Park Service (NPS), rangers and dog patrols care for, and maintain, the park in the winter months. Teams also transport materials and gather information for research.5

Sitting at number two, the dog sledding patrol in this park reaches an average of around 4,828 kilometres (3,000 miles) annually – equating to round 19.91 kilometres (12.38 miles) per day over the winter months (around mid-September to mid-May).6

These sled dogs have become a crucial and reliable partner in transport during winter, as the Wilderness Act of 1964 limits the use of motor vehicles or equipment in wilderness areas.7 Rangers also team up with the dogs in the summer months for visitor demonstrations and as a means of exercise.8

On its website, the NPS explains that 1922 saw the first sled dogs in Denali. Superintendent Harry Karstens used the first seven sled dogs to patrol the park’s boundaries to help reduce poaching of the park’s wildlife.9 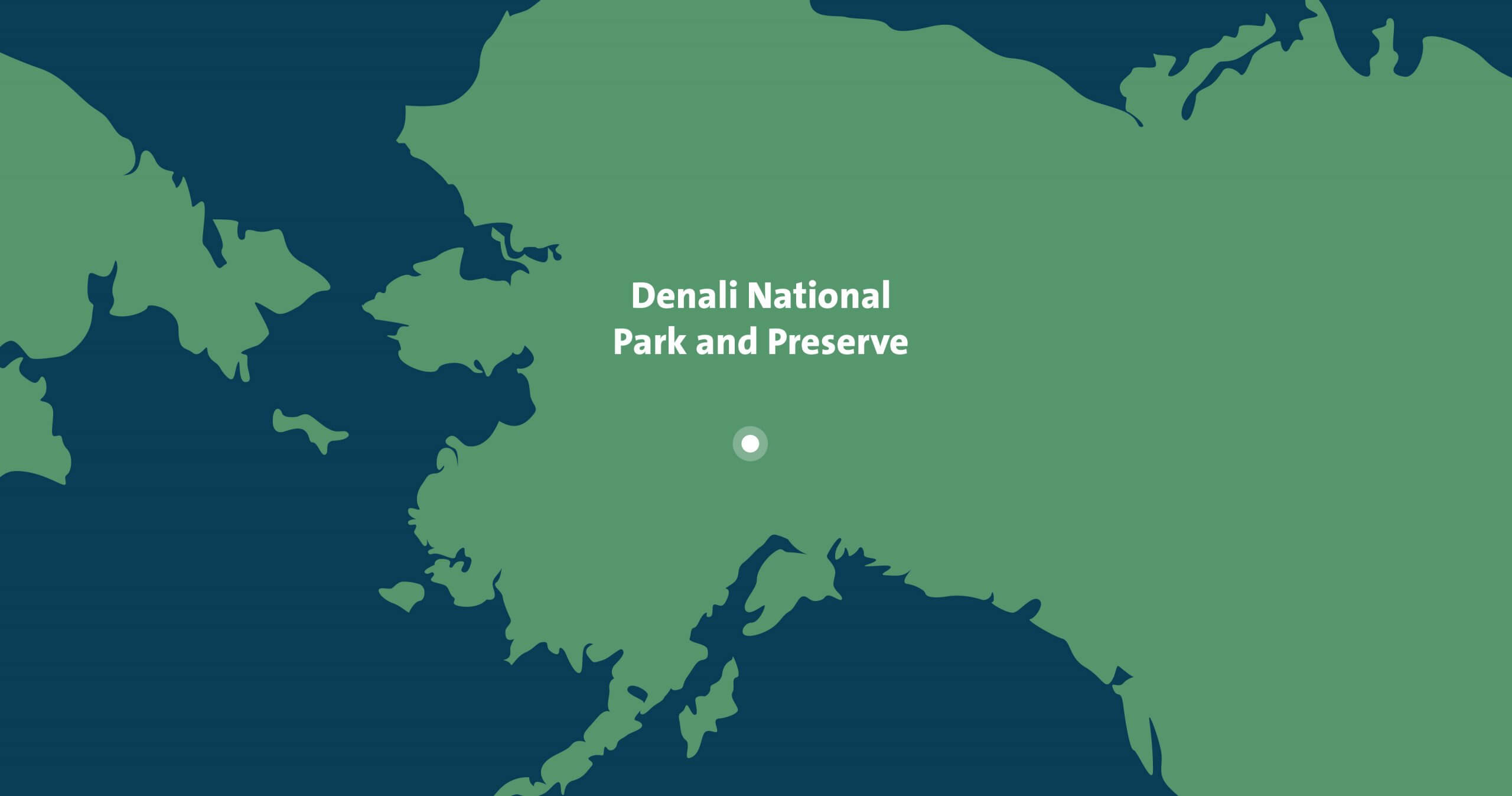 Another system that takes commuters to new heights is the oldest electric monorail in the world: the Wuppertal Schwebebahn – or, the Wuppertal Suspension Monorail.

According to its official website, this unique system is Wuppertal’s major landmark and popular means of commuting for 20 million passengers annually.10

Cologne engineer Eugen Langen invented the monorail, which opened in early 1901.11 The network is mostly suspended above the Wupper – the city’s stunning river.

Even the most frequent travellers aren’t immune to the stunning views of the historical buildings, green hills and river.

In one of Schwebebahn’s brochures, it jokes that as the monorail passes certain homes in Kaiserstraße, residents could almost serve commuters coffee and cake; that’s how close the monorail runs to the buildings!12 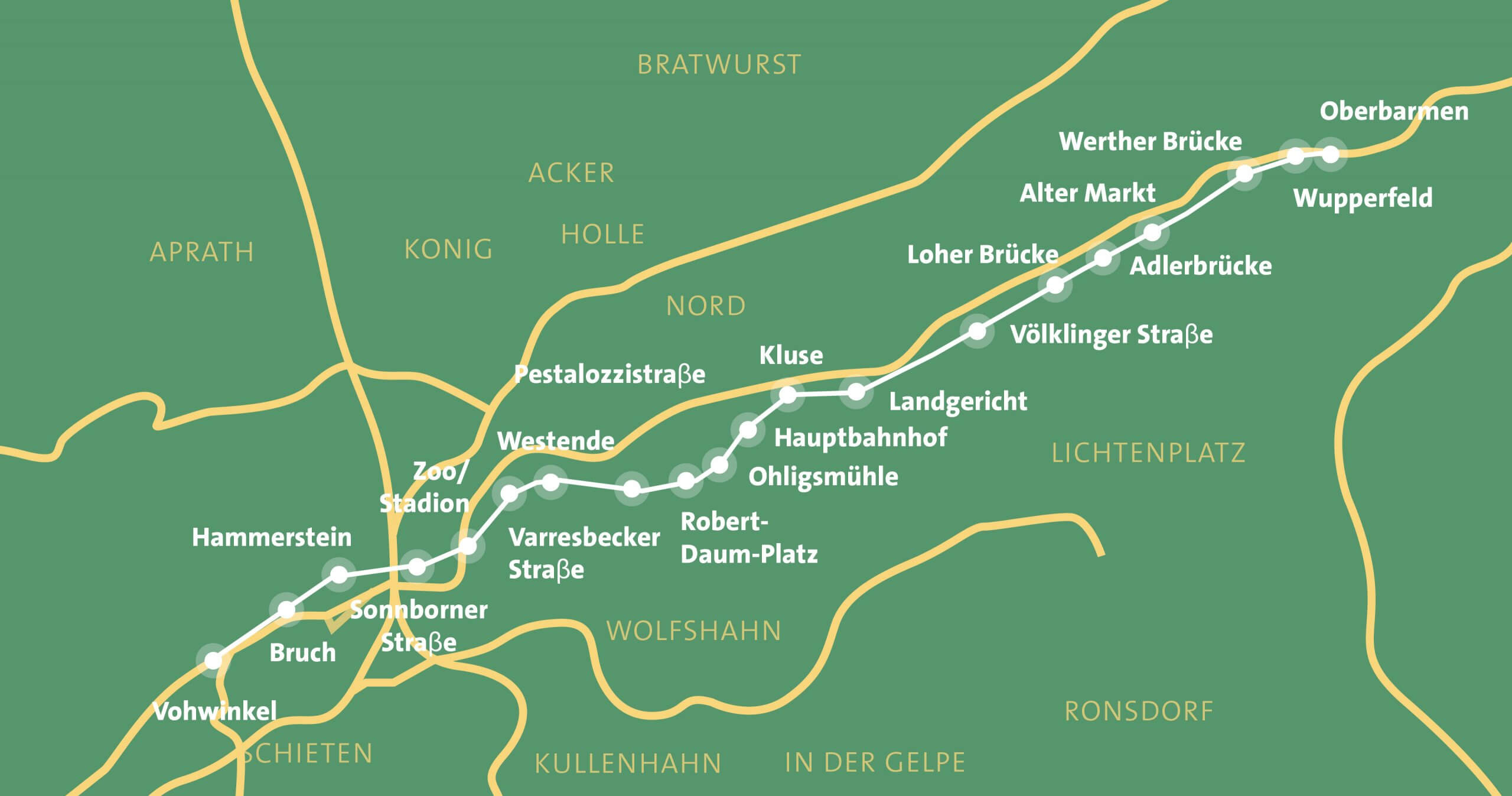 Where else do a) angry waves lash out at drivers, and b) bridges appear to connect to nowhere?

The Atlantic Road in Norway, which forms part of the Atlanterhavsveien, is one such highway that resembles a thrilling rollercoaster.

With twists and turns, the road island-hops between archipelagos to help link the towns of Kristiansund and Molde.

When the weather is clear, the drive is stunning. Commuters and tourists are treated to coastal and mountain views as they navigate the roads.

However, the Norwegian coastline is known for its inclement weather. According to DangerousRoads.org, construction on the road began in 1983, and it opened in 1989. During this time, 12 windstorms struck the site.13

During these windy, stormy days, the waves can leap up from the briny deep and wash over passing vehicles. Slow speeds or avoidance is recommended during more severe weather.

If that’s not enough, the road’s tallest bridge, the Storseisundet Bridge, also plays tricks on drivers’ eyes. At certain angles, the bridge looks like it doesn’t connect to anything. That’s a sure test of nerves for even the most experienced driver! 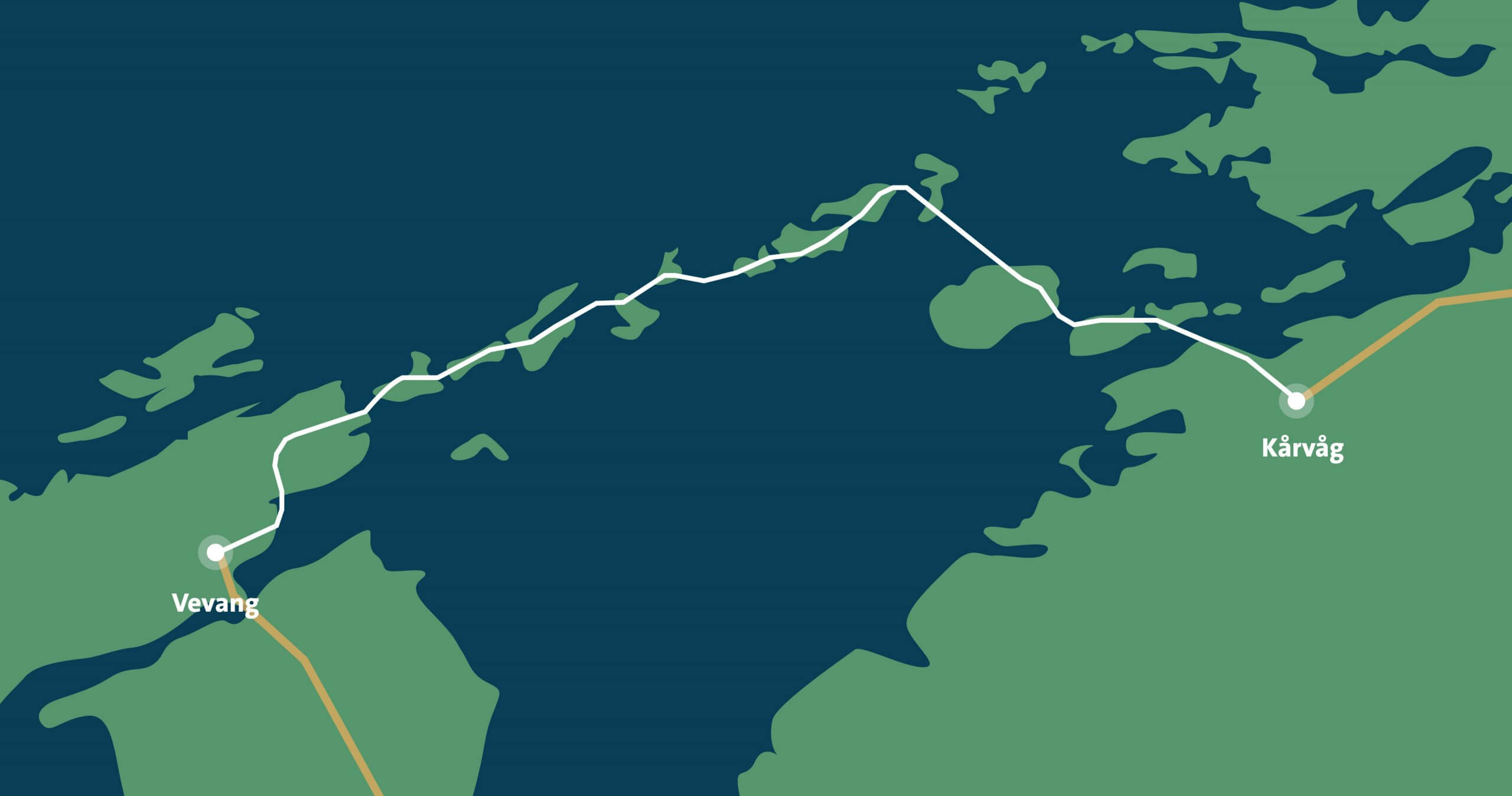 Imagine if you could ditch the drive and don ice skates to get to work or school in the winter. What would it be like to glide across a path winding through town while a sunrise lights up the world?

This isn’t a fantasy for many residents in Ottawa, Canada.

Each winter since the 1970s, a portion of Ottawa’s 202-kilometre (125.52-mile) Rideau Canal transforms into this unique way to commute and explore.14 The National Capital Commission (NCC) has taken charge of maintaining this icon, ensuring the skateway is safe for travellers each day.

According to the NCC, the skateway typically sees almost one million skaters every year.15 The track is dotted with:

How does the canal transform into the ice rink?

The NCC explains that holes are drilled into the ice along the skateway to access the water below. This water is then used to flood the ice surface to smooth out cracks and ensure safe skating. Each night (weather permitting), the NCC continues to flood the ice.19 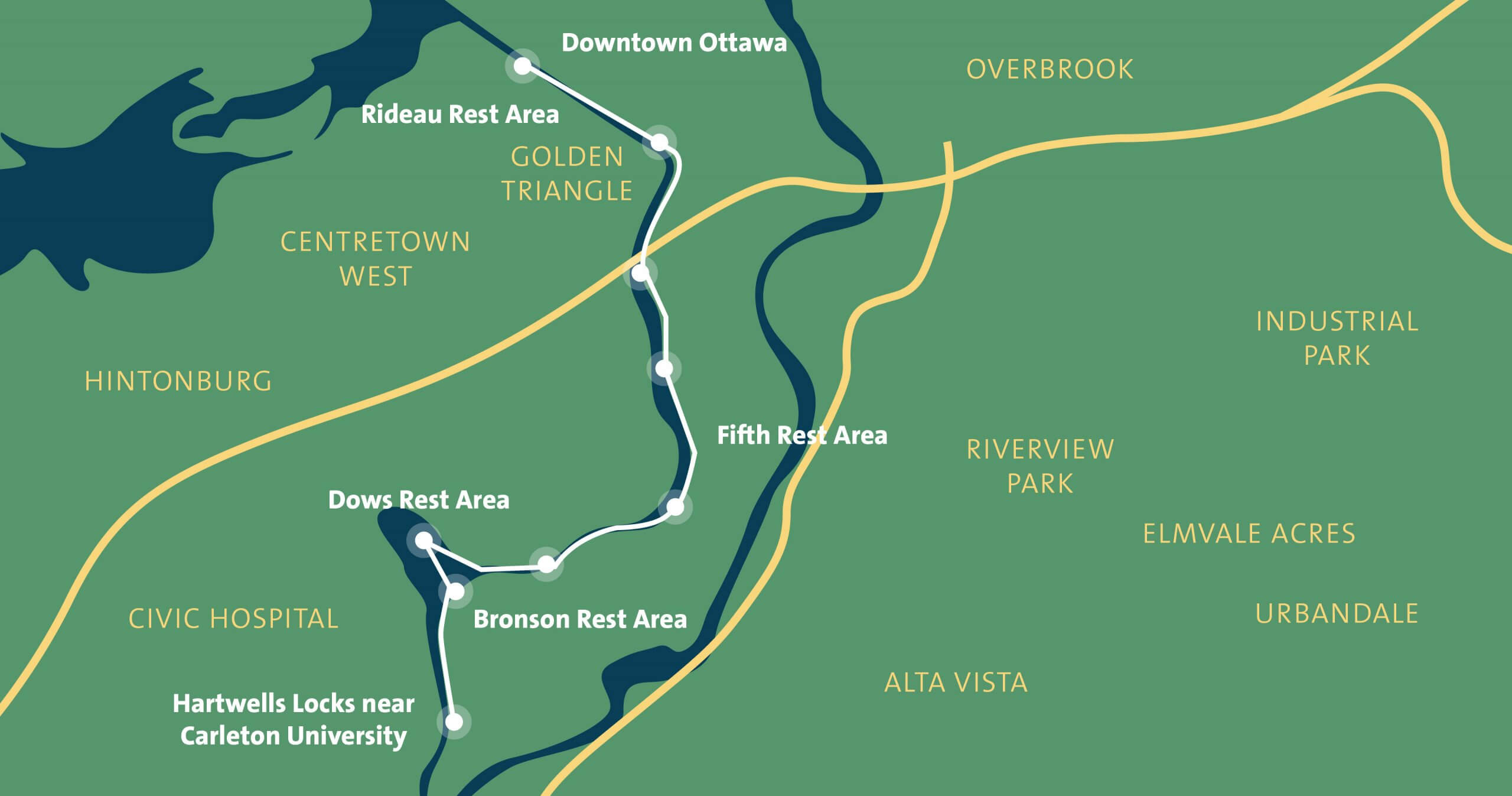 While the rest of us are still waiting for our long-overdue hoverboards, commuters in the UK are harnessing this technology to shoot over the strait separating the Isle of Wight from mainland England.

Ferry company Hovertravel transports commuters in a craft that hovers about 1.6 metres (5.25 feet) above the ocean on a cushion of air.

This air cushion results in an almost complete lack of friction for the craft,20 allowing it to move faster than traditional ferry services and other high-speed boats.

Commuters and tourists alike can leave from Southsea or Ryde. At the stations, connections via other transport, like buses and trains, are available for those travelling a little further away.21

How does it work?

Air is driven via a centrifugal fan into the craft’s ‘skirt’. The skirt then traps this air underneath the hovercraft, lifting it off the ground.

Two engines located on each side of the craft drives a propeller. These engines also power a set of lift fans on the side decks.22

What’s more, this service isn’t impacted by the tides like other boat services. The lack of contact with the ground or water allows the hovercraft to move in any direction, sliding sideways, or backwards.

Have you ever driven across a road that vanishes twice per day? Residents, workers and tourists of Île de Noirmoutier have, should they take the Gois Passage.

The Gois Passage is a stone-paved causeway that was constructed in the 16th century. This path connects the tidal island to mainland France.24

If you’re a visitor to this beautiful part of the world, it’s important you check the tide times before taking to the passage. Afraid you’ll get stuck? Well, you can always climb one of the nine refuge beacons staggered along the causeway.

Though, once the tide retreats, you may need to brush the seaweed from your car, among other things… 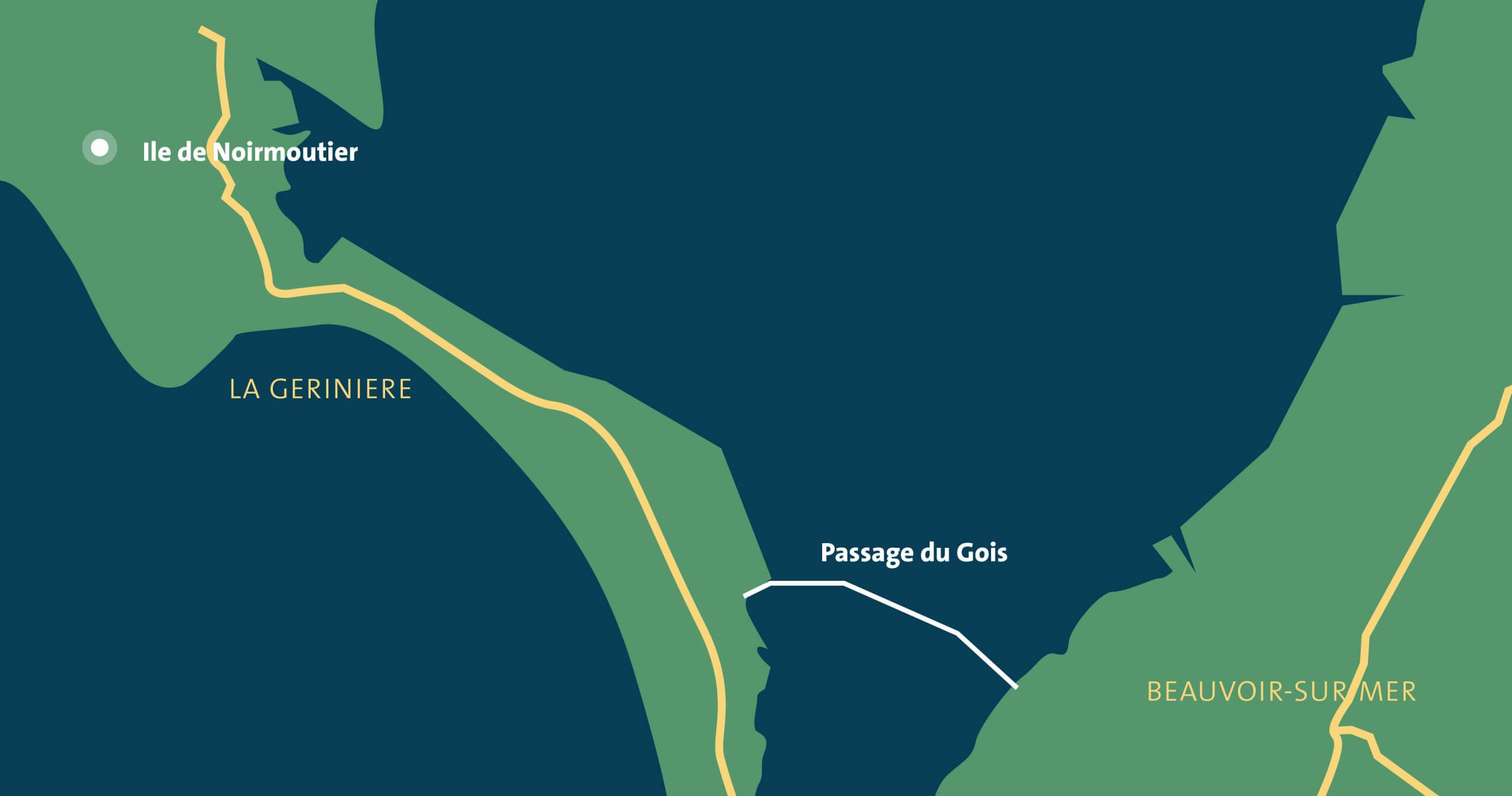 Whether you’re commuting to work or heading out on an adventure, ensure you have the appropriate level of car insurance.

Could you afford to cover damage costs if you accidentally rear-ended a luxury car? What about the cost of fully replacing your set of wheels if it were written off in an accident?

Learn more about your cover options, and if you could find a better deal on your cover, by comparing car insurance.

Roosevelt Island’s residents and workers alike can take in views of the city that never sleeps as they travel above it all – from as high as 70.10 metres (230 feet).26

The Roosevelt Island Cable Car Tramway, which first opened in May 1976, connects the island to Manhattan, New York.

According to the Roosevelt Island Operating Corporation, it was the first tram used for urban transport in America. The tram was also initially a temporary mode of transport while the island’s subway link was constructed. However, it’s still running strong today.27

During winter, the apple-red tram stands out against the mist as it travels parallel to the Queensboro Bridge. On sunnier occasions, you can spot the tram’s shadow race across the city’s tall buildings as it transports commuters. 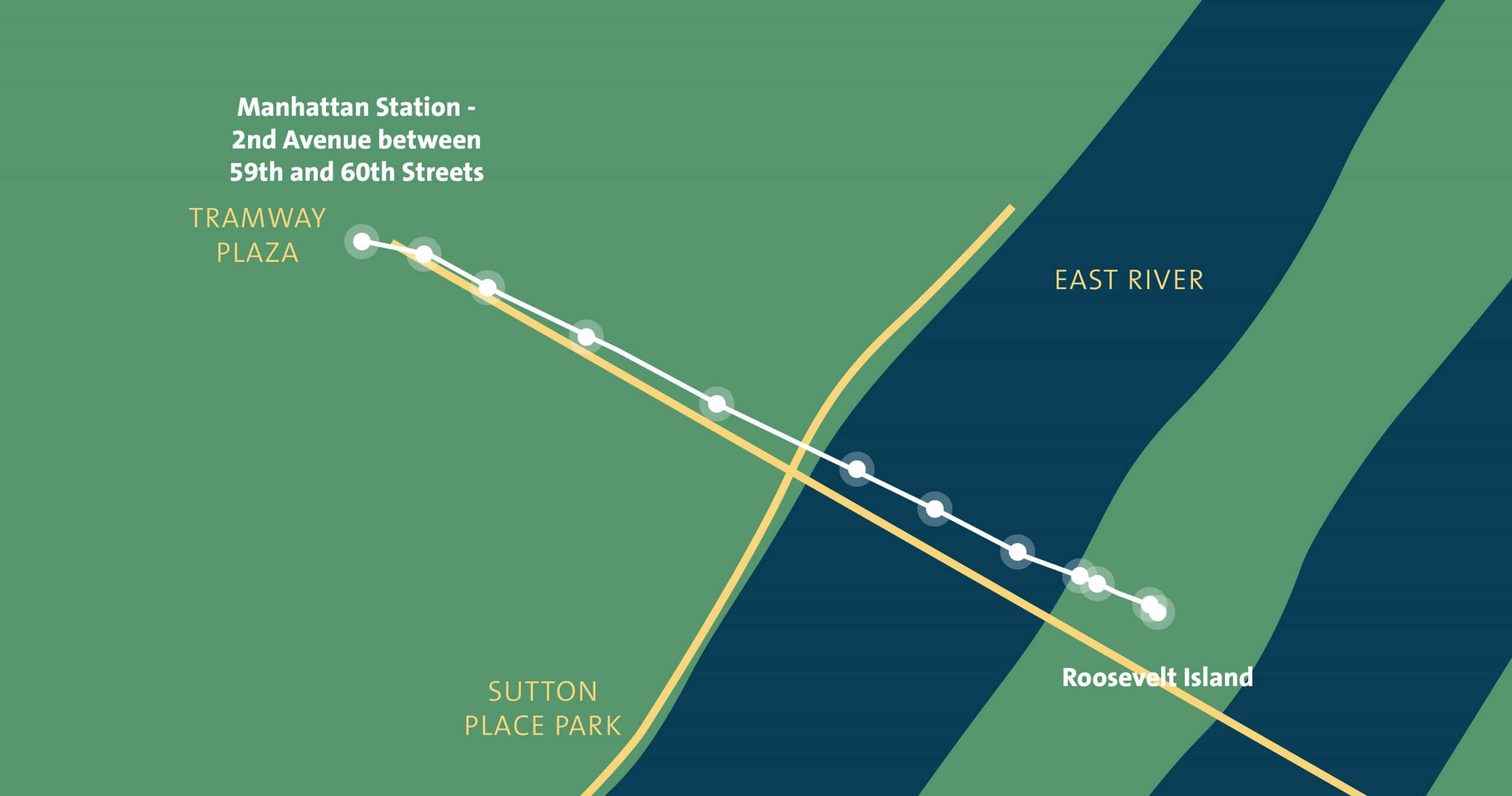 There are escalators… and then there’s the world’s longest outdoor escalator in Hong Kong.28

The government implemented 16 reversible escalators and three travelators with covered walkways alongside the route,29 starting from Des Voeux Road Central and ending at Conduit Road.30

The idea behind this engineering feat was to help commuters travel around the hilly streets between the Central and Mid-Levels districts. The government also wanted to encourage commuters to walk – relieving pressure on the road traffic in the Mid-Levels.31

From around 6am to 10am, the escalator moves downhill to serve the majority flow of pedestrians. Then, from 10am to around midnight, the escalators switch directions to uphill.32 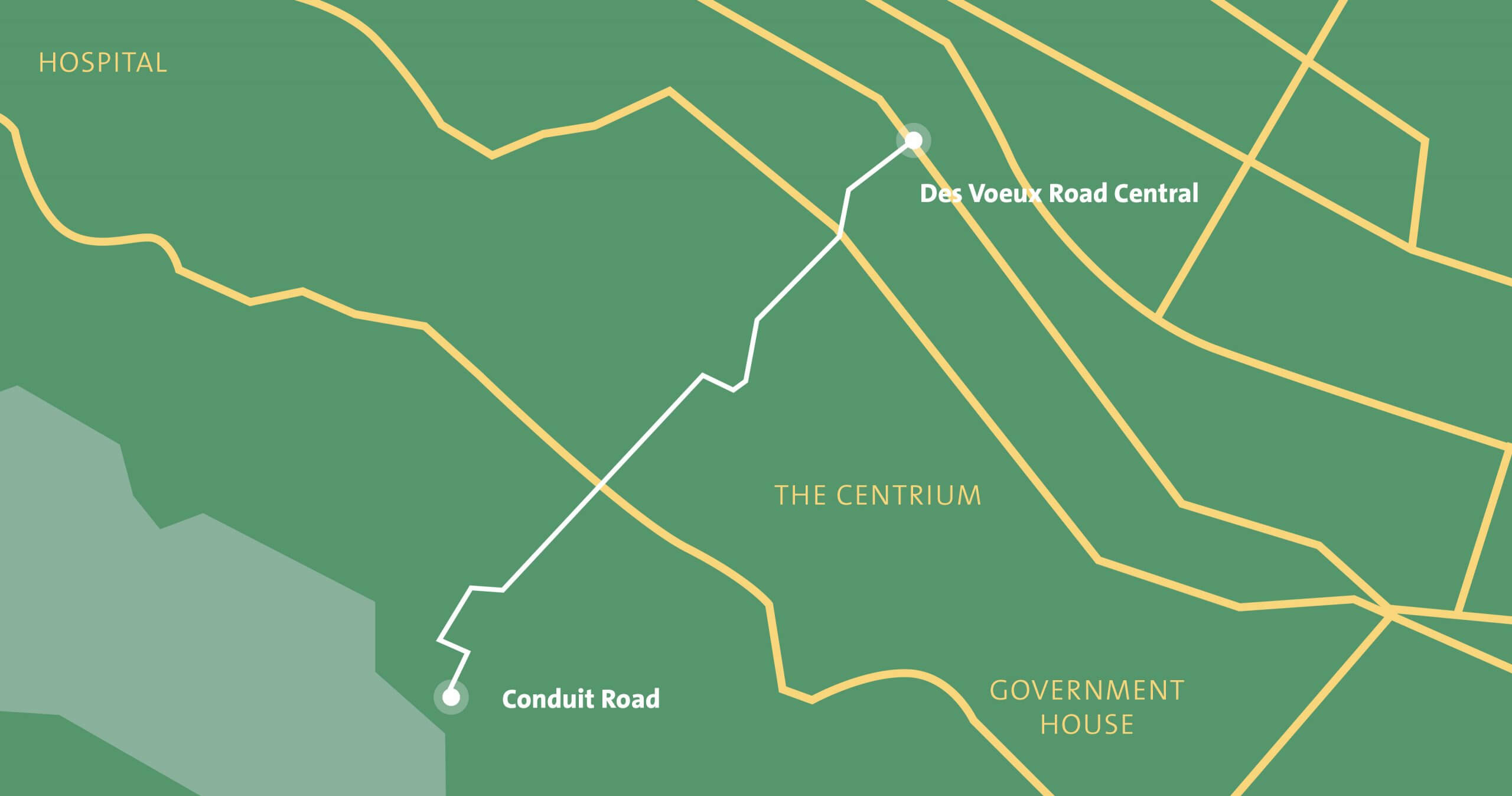 Let’s face it: whether you think you can or not, cycling up a hill as steep as the one in Trondheim, Norway, isn’t an easy feat. This notion is especially true if cycling around town every day is – literally – an uphill battle.

Norwegian inventor Jarle Wanvik agreed. So, in 1993, Wanvik created and installed the first rendition of a mechanical bicycle lift. This lift – which was revamped by POMA in 2013 and named the CycloCable –33  helps cyclists reach the top of the hill without breaking a sweat.

As explained by POMA on its website, cyclists stand with their left foot on their bicycle’s pedal, and their right foot on the CycloCable’s pedal at the start of the track. Underground, a cable hauls this pedal up the hill, pushing along the rider.34

At the end of the track at the top of the hill, the CycloCable’s foot pedal retracts into the surface of the road. The cyclist can then journey onwards, while the pedal continues to retreat to the bottom of the hill. 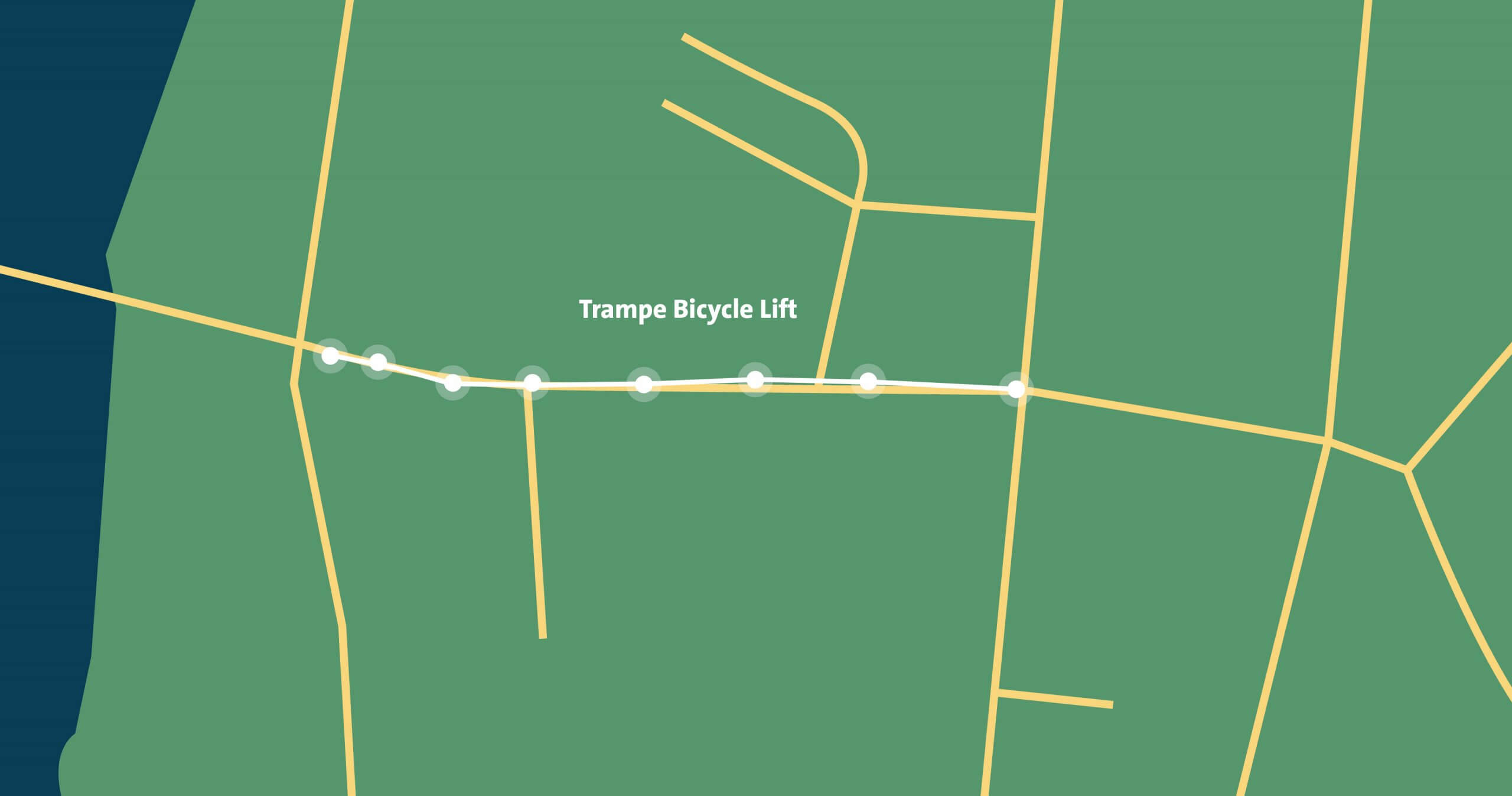 Short of snapping your fingers and transporting to your destination, there can be few commuting options available, depending on where you live.

So, what do you think of these unique commutes? Would you rather trade in your usual commute for one of these alternatives?