Will there be a return to normal?

The COVID-19 pandemic had a huge impact on Australia’s – and the world’s – economy. The ‘lucky country’ entered one of the worst recessions in the nation’s history, as global trading ground down to a halt.

But what did this mean for people in Australia looking to send money overseas?

The World Bank Group noted that money transfers to low and middle-income countries are projected to decline by over 14% in 2020 and 2021 combined.1

Did the pandemic drive international money transfers down in Australia?

NAB made $111 million less in money transfer fees alone in September 2020 compared to September 2019, on both international and domestic transfers.2 The Commonwealth Bank’s ‘other operating income’ stream, which includes revenue from international money transfers, dropped four per cent between June 2019 to June 2020. Commonwealth Bank’s annual report explains this is due to lower international transaction volumes, plus lower commissions from credit cards and the removal of certain fees.3

Westpac trading income decreased by $34 million, in part due to lower client demand impacting sales performance,4 while ANZ also experienced a 21% drop in their ‘other operating income’ – which includes revenue from international money transfers.5 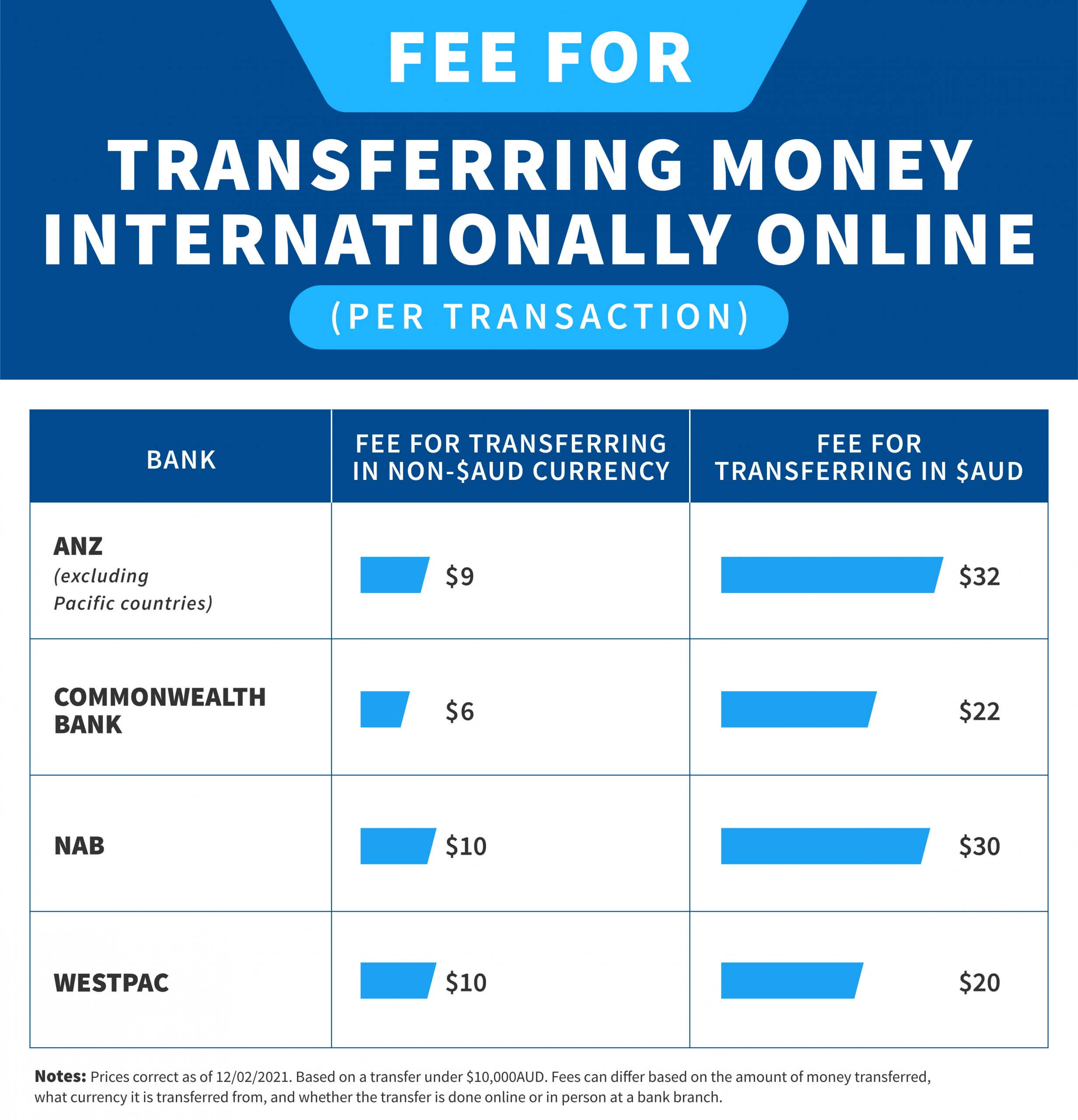 According to Dr David Du of the University of Queensland’s School of Economics, there are multiple reasons why foreign currency exchanges and money transfers have declined during 2020. In an interview conducted by Compare the Market, he notes that a decrease in imports played a significant role.

“With the pandemic locking down trade, it’s hard to get things moving. There is also decreased demand as people’s incomes have dropped.”

Dr Du also suspects the drop of money transfers overseas is due to the lack of foreign workers sending money back home.

“We see that with the fruit and vegetable pickers, which farmers typically hire seasonally from overseas. Normally these fruit pickers would come to Australia, work during harvest, and send money back to their family overseas, but they can’t do that now.”

In contrast, David Caldaralo, Head Trader at international money transfer service Send, explained in an interview conducted by Compare the Market, that he noticed a bump in business during 2020.

“Although there was a slow-down in emigrations, we observed a huge uptick in smaller payments for family support and investment,” says Caldaralo.

How 2020 was always destined for market upheaval

Pandemic aside, 2020 was fated to be a tumultuous year for currency values and foreign trade. Beyond the Australian bushfires at the start of the year, major global events were already on 2020’s calendar.

“Both Brexit and the US elections had huge effects on the markets,” says Caldaralo.

“The Pound sank to the lowest levels in years against the majors and the US dollar was extremely volatile in the run-up to the results – and then sank after Biden was elected, as the market dumped the dollar in favour of riskier assets.”

Beyond events already scheduled, other incidents popped up such as Australia’s trade war with China.

Caldaralo notes that the $AUD fell 25% against the $USD, before rising to its highest level in nearly three years, making it both a ‘winner and loser’ when it comes to international exchange rates during 2020.

“Overall, in terms of losers, the $USD is sitting at the lowest levels against the majors for a long time,” Caldaralo adds.

So, the big question is: When will things go back to normal?

Recovery will occur, but it’s hard to pick when

With Australia’s economy in recession and a pandemic still gripping the planet, Dr Du notes that there’s a lot of uncertainty that makes it hard to see economic recovery happening anytime soon.

“The next five years will be difficult, and uncertainty can hinder any progress to recovery. If there’s news about a new case of COVID-19 in Australia, or a new strain in another country, that could be a bad signal for the Australian economy,” says Dr Du.

While Dr Du estimates a return to economic normality in about five years’ time, Caldaralo believes the key ingredient is opening the borders, noting that ‘high-value personal transactions will be more frequent’ when this happens.

Although global markets and currency values are always in a state of flux, conditions such as what 2020 presented make it hard to plan ahead.

Brought to you by Compare the Market: Making it easier for Australians to compare International Money Transfers.