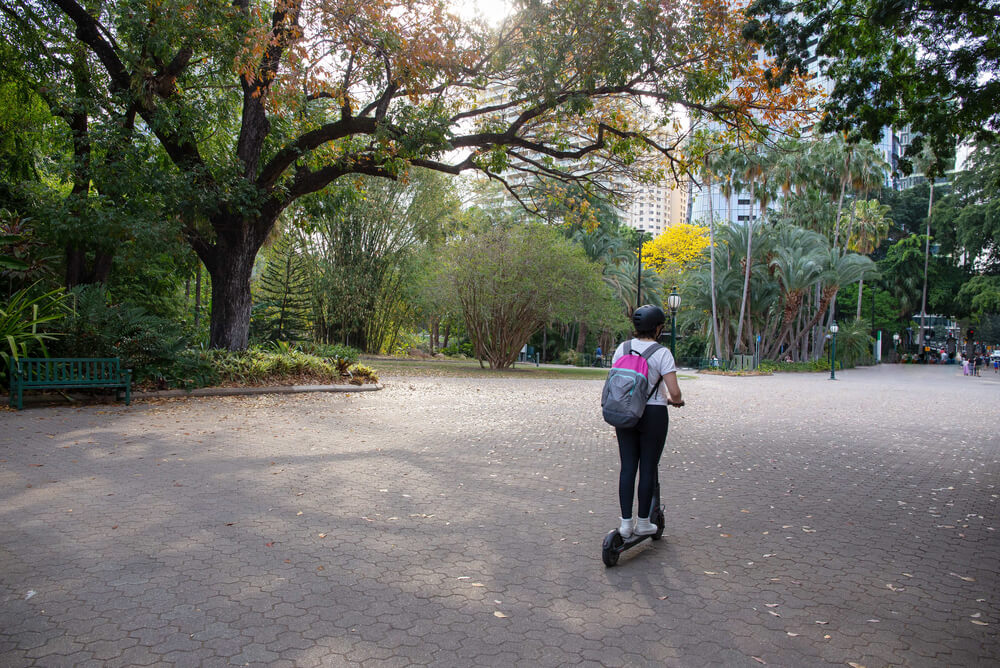 Motorists spending a small fortune on petrol could save over a thousand dollars a year by switching to an eScooter, according to new research by Compare the Market.

The comparison website crunched the numbers and found commuters could recoup the cost of an eScooter or eBike in less than a year while saving over one thousand dollars by avoiding fuel, and that’s before factoring in any of the other running costs of a car.

With petrol reaching well over $2 a litre across most of Australia, the savings could be considerable this year.

How did we calculate this?

For the sake of this research, we considered the running costs and fuel efficiency of the average passenger car alongside the most popular eScooter and eBike models according to JB Hi-Fi.

We then calculated the price per trip based on the amount of battery consumed, the cost of recharging and the amount of petrol consumed based on an average weekly price of $1.83 per litre.

We also calculated cost-effectiveness based on the purchase price of the vehicle and the price difference per km between the car and e-mobility.

For our trip distance, we used the average daily commute, which according to the latest census is 16 kilometres each way (32 km in total).

Note that the calculations presented in this article are based on Queensland data, and the results may vary depending on your state. They can also vary based on your model of transport, cost of electricity, length of commute etc.

You should also endeavour to check the local rules and regulations in your state for eBikes and scooters, as this may impact how fast you can ride and the models available.

eScooters vs eBikes vs cars – which is the cheapest way to travel?

Cars obviously require petrol (unless you have an electric car), but e-vehicles like bikes and scooters only require a small amount of electricity to fully charge them.

Based on readily available data such as fuel prices or device specs for the e-vehicles, it can only cost around 13 cents to fully charge an eScooter and 11 cents to charge an eBike, but it can cost much more to fill a car.

On a cost-per-kilometer basis, this makes e-vehicles much more efficient than cars, costing less than one cent to charge for the average daily commute if bought outright.

Paying $6.50 for a 32-kilometer commute in a car might not seem like much, but based on the average range and tank size, that will cost nearly $70 for just two working weeks.

The cost of fuel fluctuates and, as we’ve seen in recent months, global events could mean it’s more expensive on average this year. Based on our calculation with an average price of $1.83, fuel would cost $1,696 over the course of an entire working year (261 days in 2021). The cost of charging an eScooter for the same number of trips would be $16, and just $9.10 for an assisted eBike.

Assuming you rode one or the other into work every working day instead of driving, you would save more than $1,600 every year purely on refilling costs.

How long before your eScooter or bike pays for itself?

By switching to a Segway Ninebot Kickscooter instead of the car for your daily commute to work, your eScooter would pay for itself after 1,281 kilometres of use. In time terms, that’s just 40 days of riding for the average commuter.

An assisted eBike would take longer to pay off. Thanks to their higher average prices, we calculated that it would take 1,928km for the savings to level with the purchase price. At this rate, the average commuter would pay off their purchase price after 60 days.

When does the vehicle pay for itself?

Assumes a 5-day commute over 261 working days in a year.

What does it cost to own a car each year?

Our calculations are based on savings made on fuel alone. But when you factor in other running costs, your savings with an eBike or scooter could be far greater.

Owning a car can be very expensive, with the Australian Automobile Association’s Q3 report for 2021 showing the average household spends $345.58 on their cars each week, or more than $18,000 a year, after factoring in the following:

Maintenance costs for eScooters are much lower. According to electric scooter provider Mearth, you should allow for around $200 per year for maintenance costs, most of which will be either replacing tyres (about $50 each) or replacing the battery (up to $500 every few years).

So why not get one?

For short, flat distances scooters can be an ideal eco-friendly way to get around.

But they aren’t suitable for everyone. If you’re travelling long distances, battery life may be a limitation, unless you’re willing to pay for a more expensive model.

They’re also no good if you need to transport passengers.

The table below shows the pros and cons of both Electric Scooters and Bikes.

There are limitations to our calculations too: the numbers assume you ride the scooter every day, which you might not be able to do if you work from home some days, if it rains and you decide to drive or get public transport, or various other factors specific to you, like higher electricity costs. You might also decide to get contents insurance to cover the scooter via a contents insurance policy or a portable contents add-on.

But the numbers do show the potential savings are there. It might take you a little longer to recoup the purchase cost, but if you use it often enough, you’ll eventually save money by not filling up at the bowser as frequently.